Mental health patients can be turned away for a variety of reasons, including their gender, age, recent medical history and hospital capacity limits. 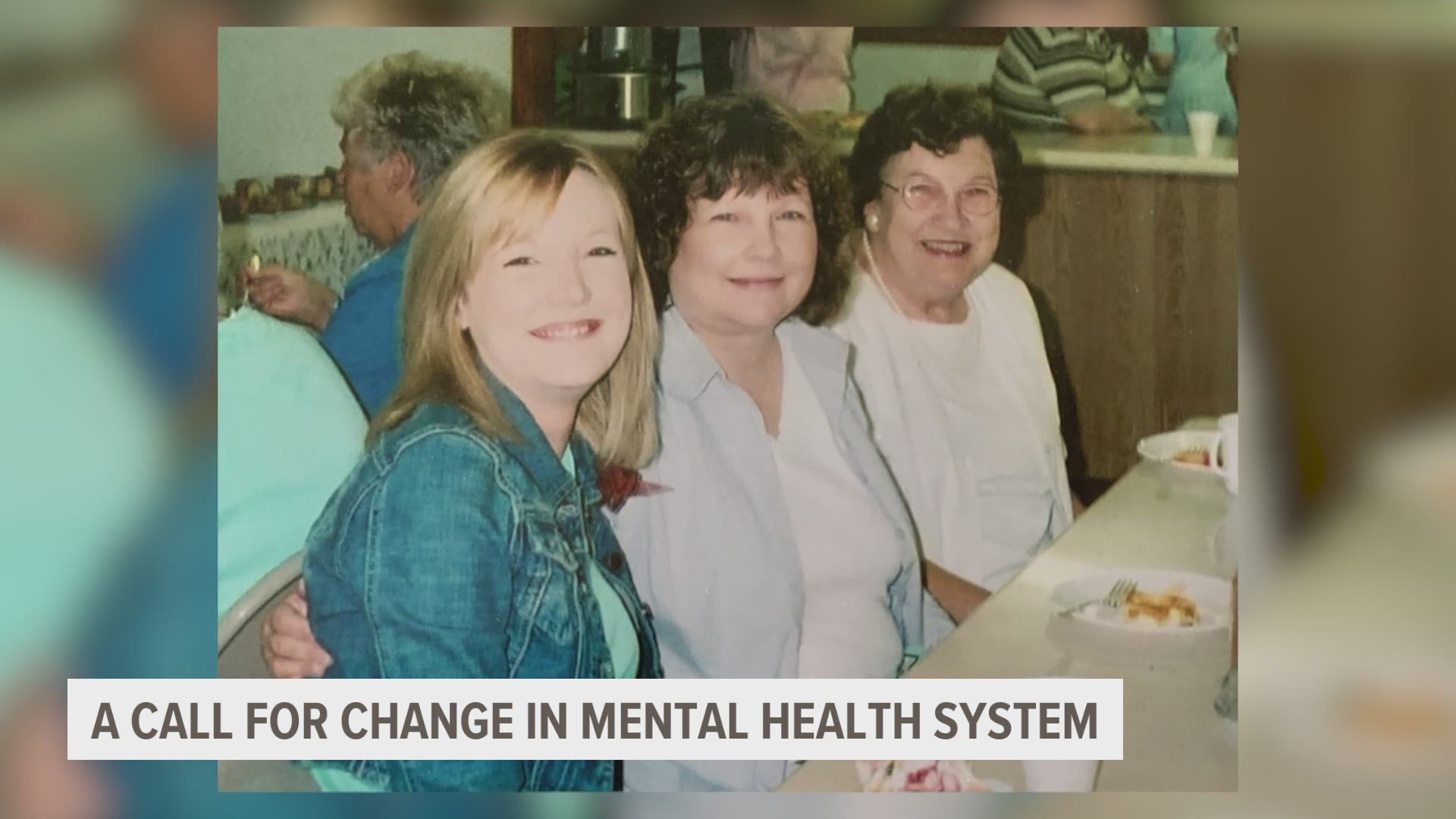 HUMBOLDT, Iowa — Christina Weydert said her 61-year-old mother has struggled with schizophrenia since 1994 and was unable to find inpatient care for nearly a month.

“It’s either she’s too sick. She’s not sick enough. She’s too old or she’s too young. She’s too combative, but not suicidal. I mean any reason that you can possibly think of we were denied," she said.

"We have between 70 to 100 beds available in the state of Iowa for inpatient psychiatric care on any given day,” said Marissa Eyanson, state director of mental health for the Iowa Department of Human Services.

Eyanson continued to explain patients can be turned away for multiple reasons such as gender, age, recent medical history and if the hospital has the capacity to serve the person.

Bycroft said those between 60-64 years old may be refused care because they are too young to get into Medicare.

Meanwhile, the number of Iowa's mental health inpatient beds has decreased over the last five years.

That decrease is due to the change in numbers at Iowa's hospitals.

A spokesperson with DHS said not all private hospitals and health systems are required to have inpatient psychiatric beds, but they are required to make sure their patients have access elsewhere.

This is often when a hospital may refer a patient to a completely different hospital.

Iowa has two state-run mental health institutes, one in Cherokee and another in Independence. Documents from DHS show Cherokee has 36 staffed beds and Independence has 60.

Those numbers haven't changed in the last 5 years.

Former Republican Gov. Terry Branstad is widely viewed as the one who dismantled the state's mental health institutes. In 2015. he vetoed a bill that would have kept the Clarida and Mount Pleasant facilities open.

Branstad had said he was moving the state to a modern system that works for all.

Democrats have since pushed for more robust mental health funding in the state. Republicans have slowly pushed for more funding as well, though many Democrats view their efforts as falling short of what's truly needed.

During Gov. Kim Reynolds' Condition of the State address in January, she proposed a $15 million increase in mental health funding this year, and another $15 million for next year.

As Local 5 pieced this story together, Weydert updated us with great news— her mother found a bed in Cedar Rapids.

Eyanson said there is a tool for hospitals called CareMatch. It's used to search for available inpatient beds. In fact, hospitals are required to use this system.

However, Eyanson said it's inconsistent and needs work done.