The MPACT program allows Marshalltown police to shift mental health calls to someone trained to handle those situations, like a community advocate. 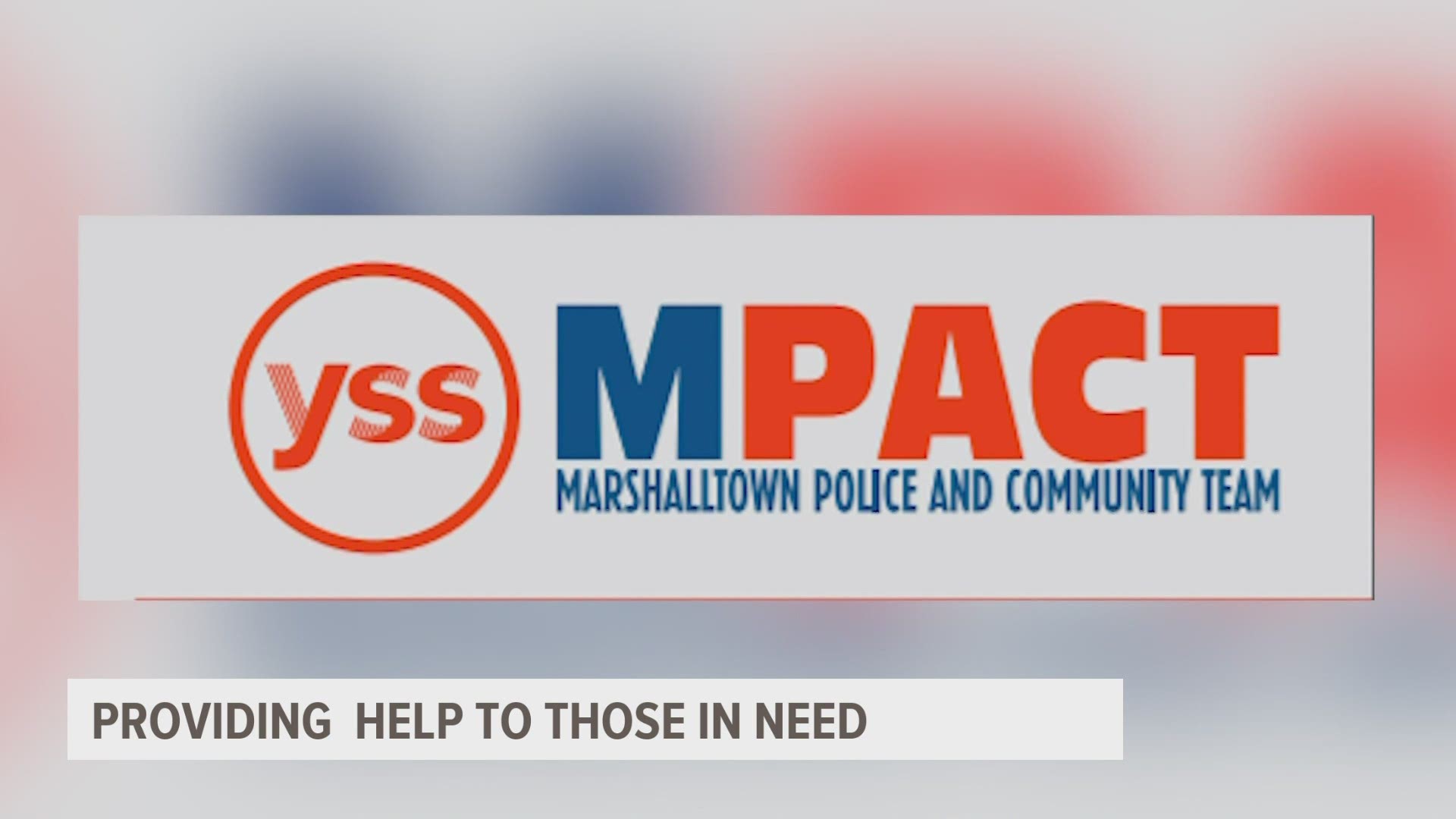 The Marshalltown Police and Community Team, or MPACT, is working to reduce the burdens police officers deal with daily while increasing the mental health options people those in need have access to.

The program is a partnership between the Marshalltown Police Department and YSS Marshall County.

It currently has two community advocates, one being Autumn Drewelow.

"I respond to 911 calls that have maybe a social service element to them, whether that is mental health-related or maybe someone is experiencing homelessness," Drewelow said. "Things that could maybe use more social support instead of maybe police intervention."

Before Drewelow arrives to the scene of a disturbance to assess a situation and offer help, a majority of the time an officer will make sure it is safe first, and then she will arrive.

MPACT started at the beginning of 2021, and was created because Chief of Police Michael Tupper said his police officers received an increase of calls pertaining to mental health, which they are not adequately trained to deal with.

He also said this took them away from dealing with other things.

The community advocates have responded to over 100 calls, helping free up police officers and keep people dealing with a mental illness out of jail.

"I truly believe if we have to arrest people we have failed," Tupper said. "We're supposed to try and prevent crime, that means we're trying to prevent arrest and if we can keep people out of the criminal justice system that's what we need to do."

David Hicks, the director of community engagement for YSS Marshall County, said when the community advocates meet with a person, they work to connect that person to resources they can benefit from.

The advocates also follow up with the people they help.

Drewelow said there is always one community advocate working on any given day of the week. It usually takes them about 10 minutes to respond to a call or up to 30 minutes, if they get busy and are dealing with other people.

For a program that just started, she believes it is making a big impact on the community, but there is one area it can improve on.

"The MPACT program specifically can grow in different ways in that we can help people who are experiencing homelessness," Drewelow said.

Tupper said they are looking to hopefully extend the pilot program into a second year.