The TRO request is in response to the new Texas law that bans abortions after six weeks. 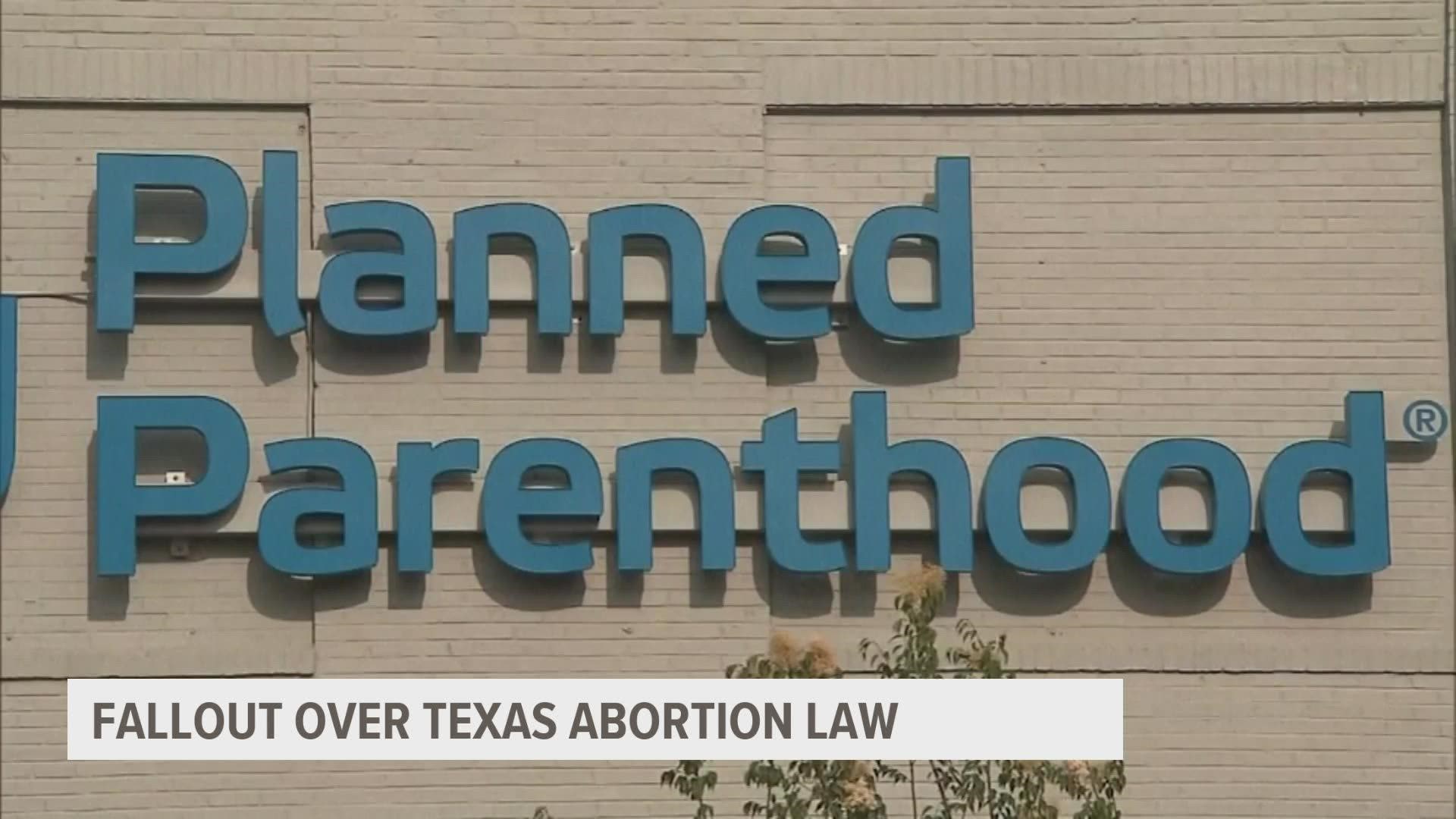 TRAVIS COUNTY, Texas — On Thursday, Planned Parenthood affiliates in Texas filed a request in a Travis County district court for a temporary restraining order (TRO) against Texas Right to Life, an anti-abortion nonprofit, and its associates. Planned Parenthood wishes to stop the group from suing abortion providers and health care workers at Planned Parenthood centers in Texas.

The TRO request is in response to the Texas Heartbeat Act. The law bans abortions after a fetal heartbeat can be detected, which is usually around six weeks and before most women know they are pregnant.

The law also allows almost anyone to sue a Texas doctor who performs or has an intent to perform an abortion or anyone who aides a woman in receiving an abortion. Private citizens who successfully sue over violations of the law will be awarded at least $10,000.

The new law took effect on Wednesday, Sept. 1. Almost 24 hours after it took effect, the U.S. Supreme Court ruled 5-4 against an emergency request to put the law on hold.

Planned Parenthood has asked the court to enjoin Texas Right to Life; its legislative director John Seago; and anyone acting in concertion with them from "'enforcing S.B. 8' by bringing lawsuits under the unconstitutional law while litigation continues."

"While the federal courts have so far failed to protect Texans, the fight is far from over: Planned Parenthood is doing everything we can to protect our patients’ right to access abortion, including by filing this lawsuit in state court today against deputized enforcers of this cruel law," Helene Krasnoff, vice president for public policy litigation and law for the Planned Parenthood Federation of America, said in a statement.

"The physicians, nurses, and clinic staff at Planned Parenthood health centers in Texas – and at abortion providers statewide – deserve to come to work without fear of harassment or frivolous lawsuits," Krasnoff said.

Prior to the Texas Heartbeat going into effect, the Travis County court issued restraining orders against Texas Right to Life on behalf of several individual plaintiffs in several separate cases.