How you can report a knocked over stop sign

DES MOINES – During this winter storm, traffic has been a nightmare. That’s been compounded by stop signs around town getting knocked over by giant ... 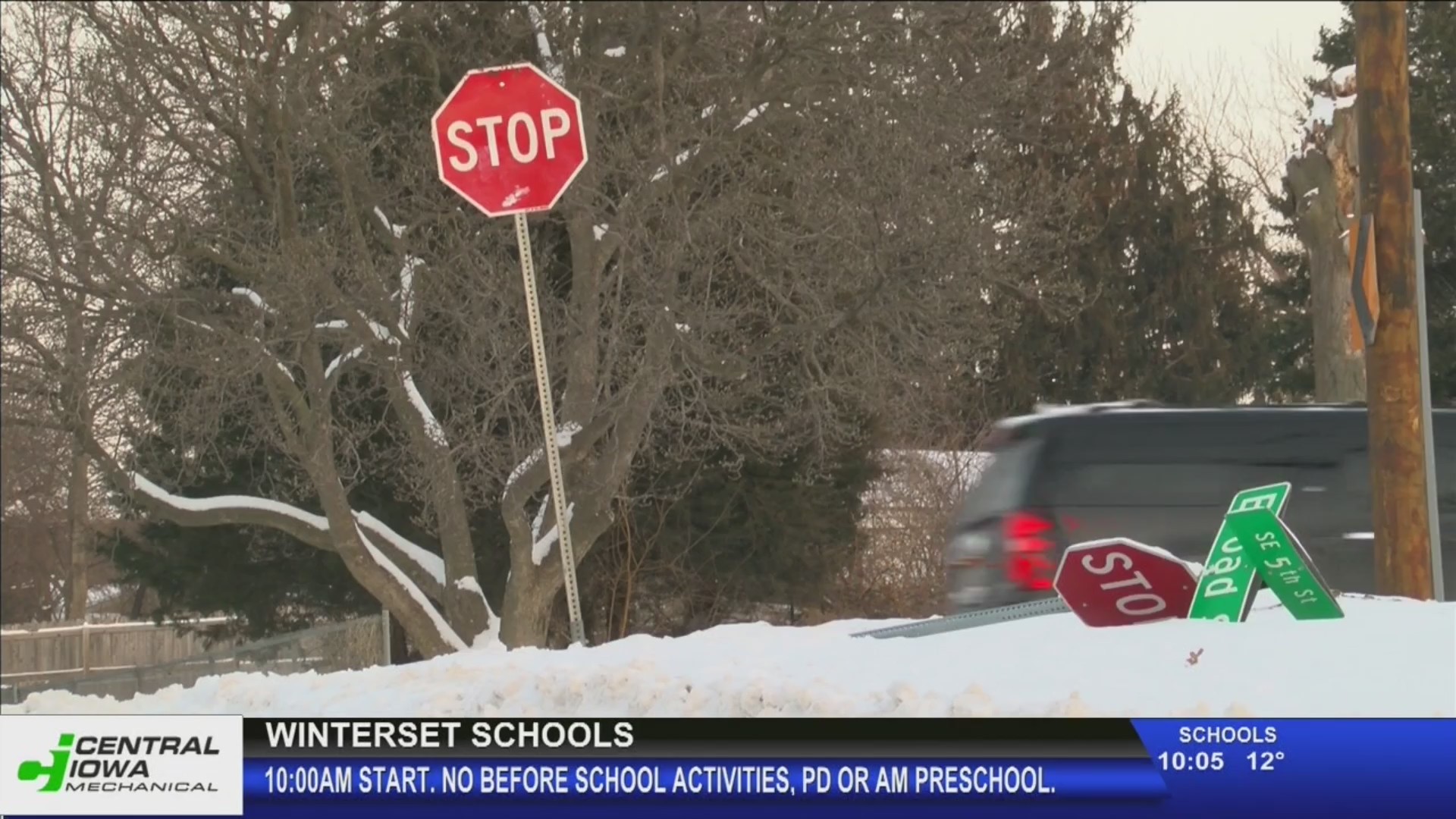 DES MOINES – During this winter storm, traffic has been a nightmare. That’s been compounded by stop signs around town getting knocked over by giant snow piles, or cars slipping off the road and running into them. Local 5 on your side is finding our who’s keeping an eye on those problem spots.

On Tuesday, a stop sign at the corner of SE 5th Street and Broad Street in Des Moines fell over.

“This is the second time it’s happened,” said Derek Winne. “Like two weeks ago when we had the last bad storm around two or three in the morning someone hit it and I had to come and help them get unburied from it.”

In situations like this, the city of Des Moines has a team of 6 people in their Traffic and Transportation Division who go out and fix signs, or put up a temporary ones.

“When they recieve call of a stop sign being down they stop what they are doing and focus on that,” said Des Moines City Engineer, Steven Naber.

Because of the safety risks, Naber says their response time is under two hours. But the crews can’t do it alone. They need help from the community, spotting out the problems and reporting them.

“If it’s a stop sign that is down on a city street we ask residents call immediately the city’s Traffic and Registration Division 283-4973,” said Naber.

And it wouldn’t hurt to have more diligent neighbors like Derek who try and help the trouble spots.

“I guess I feel responsible for this corner being taken care of, but obviously I’m not doing a very good job because they ran over that stop sign twice.”