So far this year, 18 billion robocalls have been recorded by the YouMail Robocall Tracking Index. Iowans received 102 million of those calls. 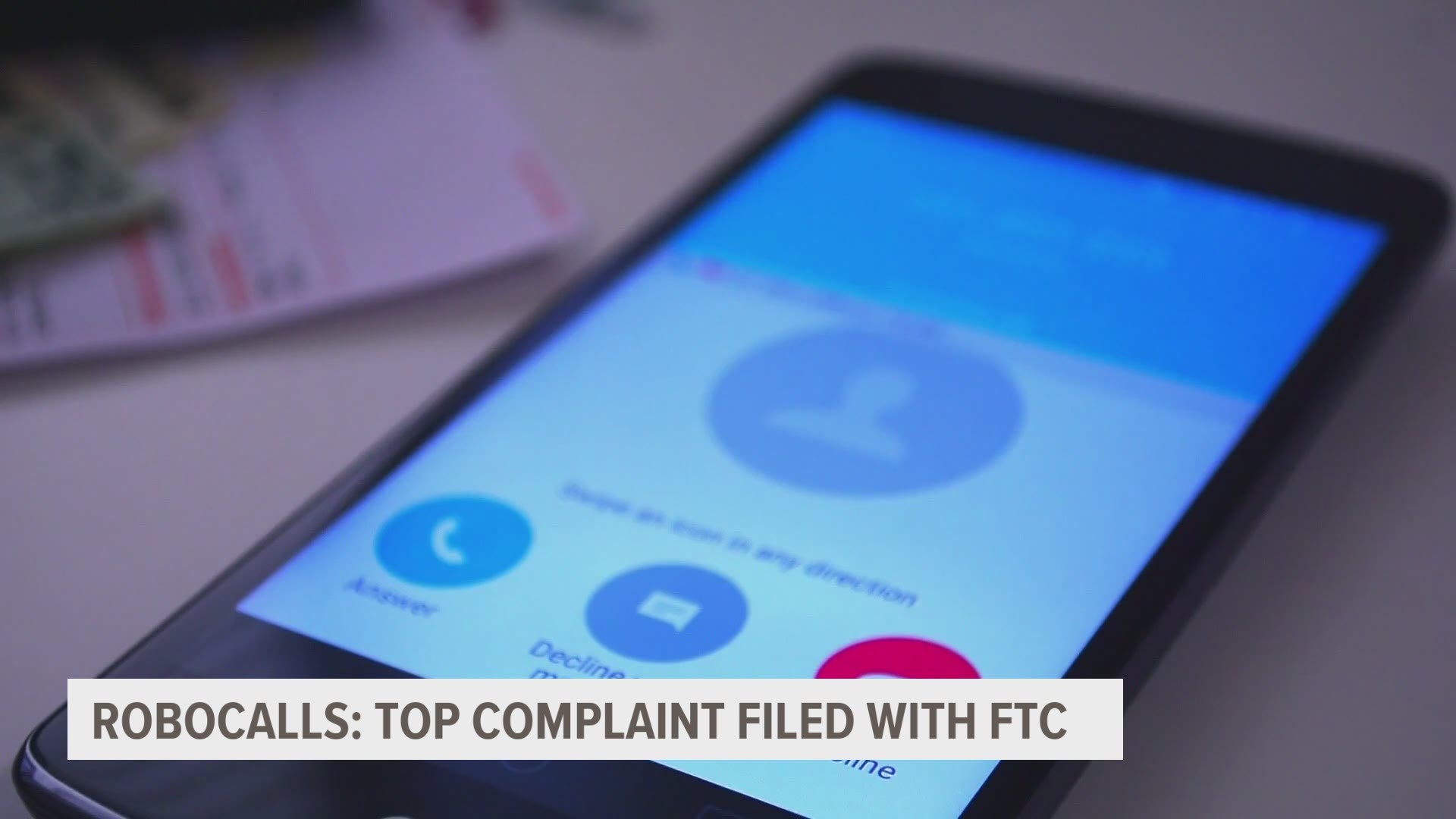 IOWA, USA — If you think you're getting more robocalls lately, you're not imagining it. Whether it be a landline or a smartphone, robocallers are trying to get your money.

And they are tough to catch.

Over the last five years, robocalls reported in Iowa have gone from 90 million in the last half of 2016 to almost 300 million in 2019, according to the YouMail Robocall Tracking Index, a company tracking robocalls nationwide.

So far this year, 18 billion robocalls have been recorded by the YouMail Robocall Tracking Index. Iowans received 102 million of those calls.

The average Iowan has received about 35 robocalls this year, but you wouldn't know it by the number of complaints.

According to the Federal Trade Commission, only 9,083 robocall complaints from Iowans are on file in 2021. Robocalls are the number one complaint at the FTC, which sues violators to pay fines.

One out of every six American adults loses money every year from phone scams, costing victims a total of $10 billion a year.

Local 5 will be bringing the stories of those victims to light this week. More information on robocalls can be found by clicking/tapping this link.

Watch: Still getting annoying robocalls? Here's what you can do