John Deere and the United Auto Workers Union continue to negotiate a new contract ahead of a Wednesday night strike deadline, after 90% of union workers voted no. 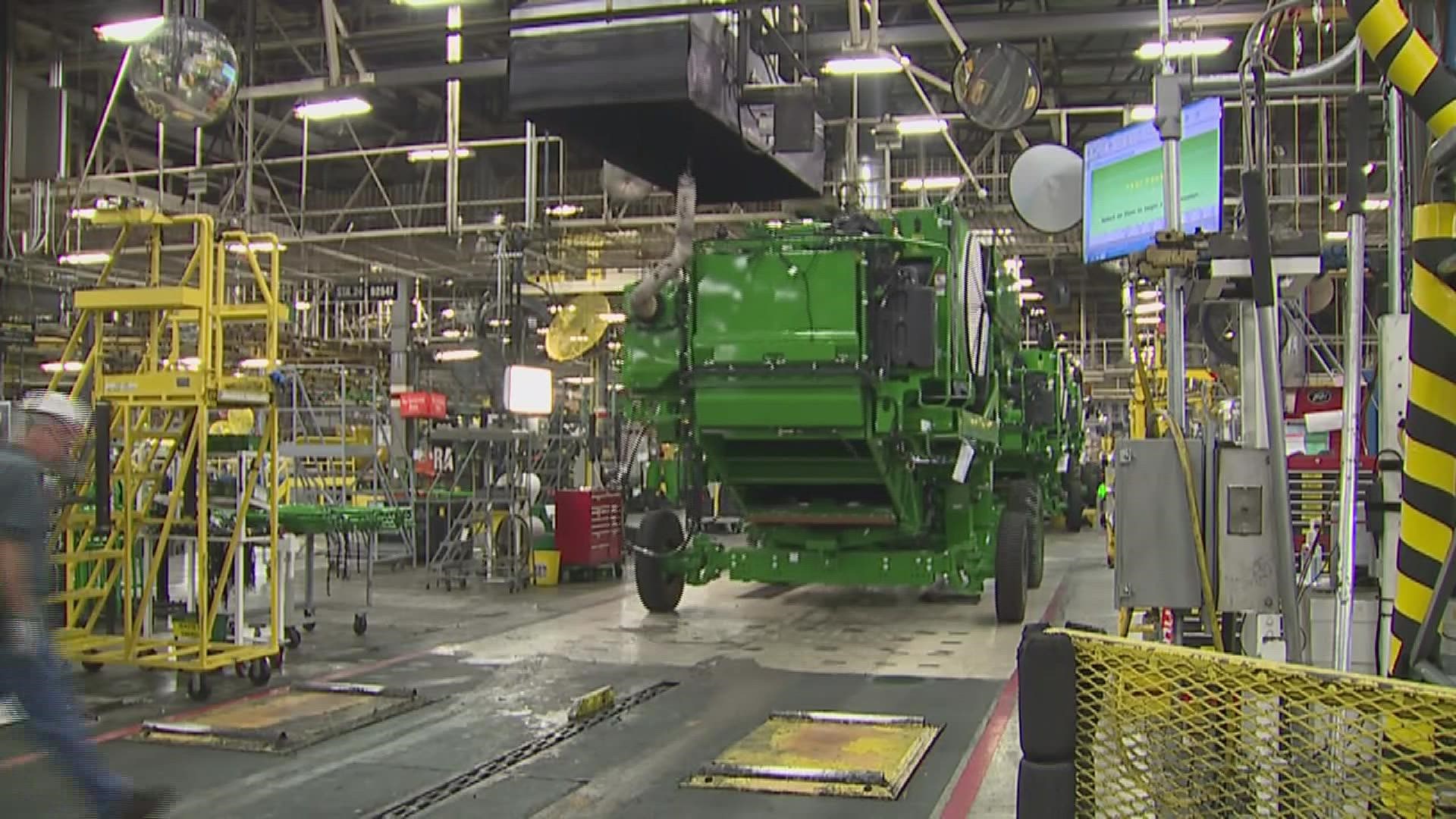 Representatives with John Deere and the United Auto Workers Union returned to the negotiating table Monday, Oct. 11 after 90% of union members voted against a proposed contract. A strike deadline has been set for Wednesday, Oct. 13 at 11:59 p.m.

"Not only do they (employers) need to keep their businesses running and keep the employees they have happy, but they don't even have enough employees to keep the businesses just barely going as they are," Vachon said. "I think that it's kind of caught on among a lot of people that, hey, this is the time to try and make changes that we've been wanting to make for decades."

It's not just workers at John Deere. Around 1,400 workers at Kellogg Co.'s U.S. cereal plants and 420 workers at Heaven Hill Distillery are currently striking. Over the summer, 600 workers at a Frito-Lay plant in Topeka, Kansas and 1,000 workers at five Nabisco plants in the U.S. went on strike. Smithfield Food narrowly avoided a strike in June by thousands of workers in Sioux Falls, South Dakota.

"We're actually seeing a pretty record number of strikes and labor unrest right now in the U.S.," Vachon said. "It's definitely been awhile since we've seen this amount of unrest."

While he's not saying workers have the upper hand right now, per se, the balance between employers and employees is starting to shift. He said this is a "historical juncture."

"What we're seeing now is really kind of the tables have turned a little bit," Vachon said. "I mean not entirely, workers aren't entirely empowered, but they're certainly getting a taste of what it's like to have some power and some leverage and to be able to make demands for things that really, you know, most people have wanted out of their jobs for decades."

He added the fact that 90% of John Deere union workers voted down the proposed contract shows that they are feeling emboldened right now.

Deere and Company is on track to set a record for annual profits this year. Vachon said, like many other companies, that extra value is going straight to the top.

"Collectively, the power of working people to bargain for better wages has been declining," he said. "So that's why you see so much more of the income going to the top. The CEOs are making astronomical wages or salaries and stock benefits, and the working people are just getting by check to check. ... They have not been sharing in the fruits of their own labor, really."

As for the specifics of the proposed John Deere contract, one of the things Vachon noted was how the contract divided workers up by age. Pensions would go up for current employees hired between October 1997 and Nov. 1, 2021, but those hired after that would be ineligible for pensions. According to Vachon, this is a common bargaining tactic. He said, historically, workers have been divided up by race, gender and sexuality, but age is another way to do so.

"When you're bargaining with your workers, the strength that the workers have in bargaining is their solidarity, to all speak together in one voice," Vachon said. "You can actually find ways to push buttons where you say, well the younger workers have a different incentive than the older workers, and you start to split up that unity within the workforce, and you hope that that will undermine the bargaining power of the union."

Now, whether this time period will be a turning point in how companies hire and maintain workers, Vachon doesn't know. If, what he refers to as a "period of unrest" continues, then employers might make changes. However, if it's just a small period of time, he doesn't know if it will have any long term impact.

"These companies are, as I said, kind of always concerned with the bottom line," he said. "Employers are making their decisions based on the profit margins, and they're only going to give to the workers what they feel that they have to."

Grywacheski said as the negotiations continue, it will be important to watch how the Deere and Company stock is doing.

"John Deere has done a very good job kind of weathering the economic storm, so to speak, this global pandemic, and that success has been reflected in a record high stock price this year," Grywacheski said. "I think Wall Street would be heavily focused on any further disruptions to the manufacturing output and deliverables that any potential strike could bring."

A local UAW representative told News 8 they are not commenting on where negotiations for a new contract are currently. A John Deere worker told News 8 they have been given no information either. 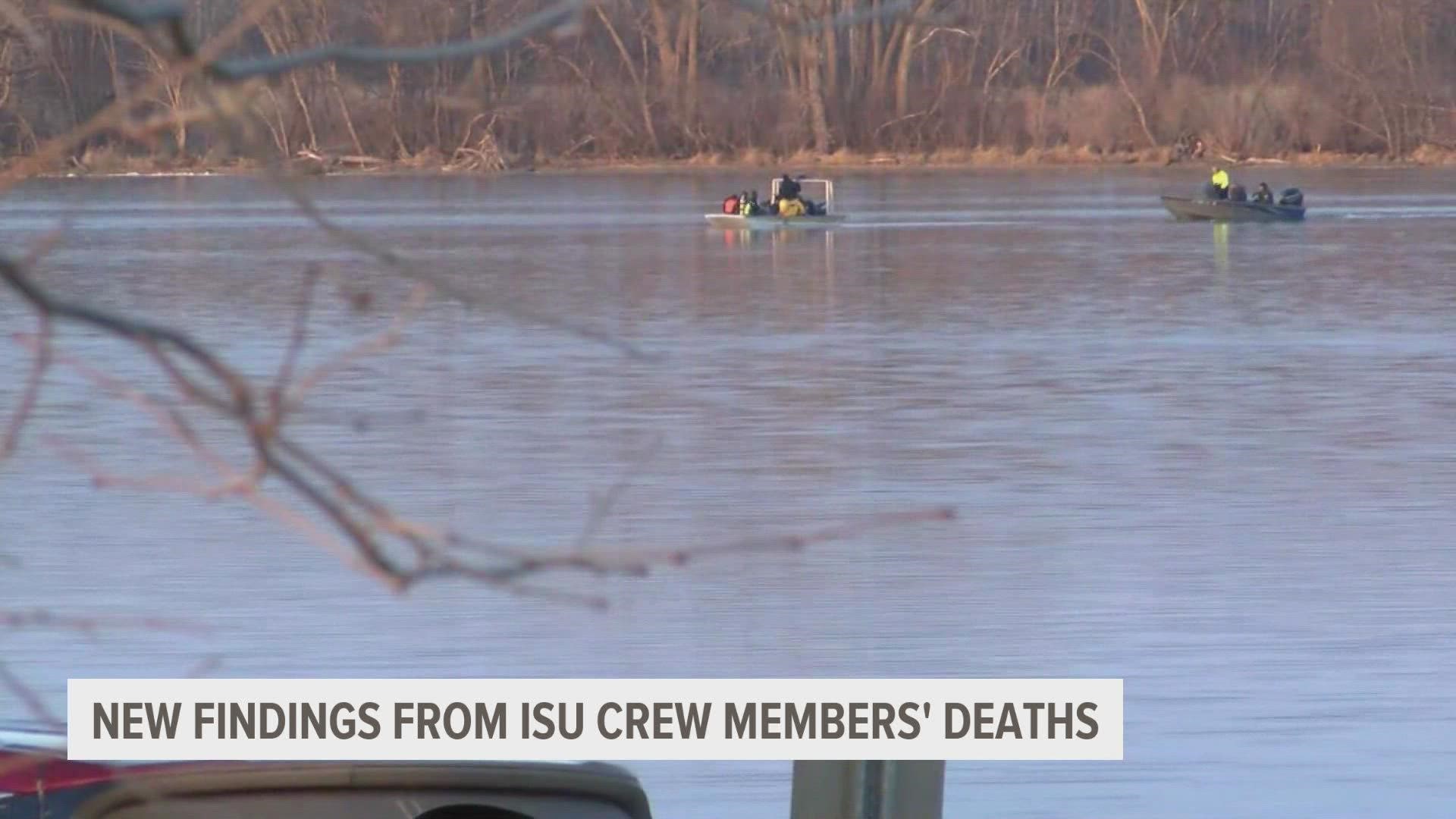