Farmers ahead of schedule for fall harvest, but derecho damage still looms large

The August derecho has drastically impacted the quality of Iowa corn crops. 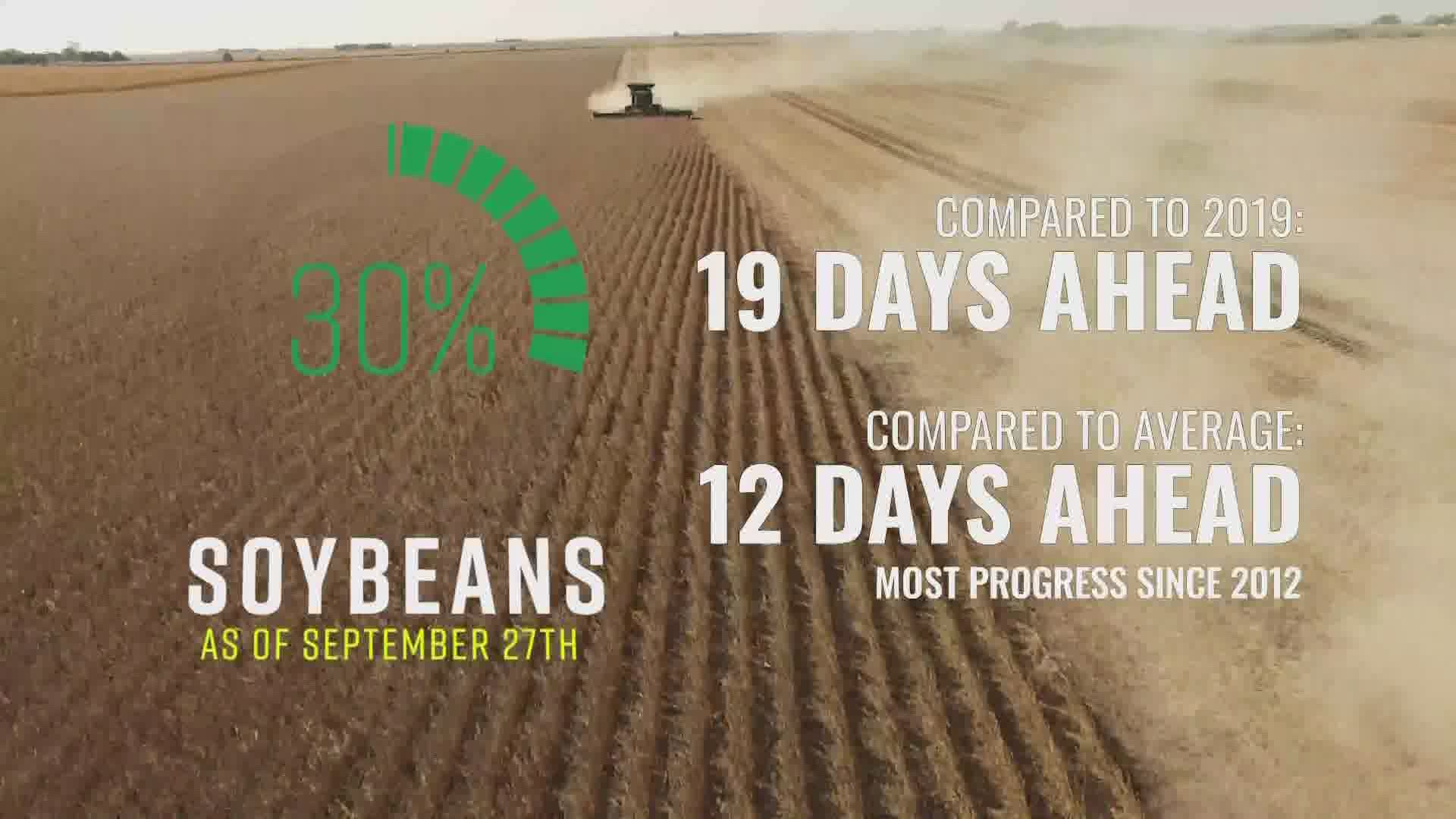 Thanks to the dry weather, Iowa farmers are well ahead of schedule for the fall harvest.

With nearly seven days of what's considered suitable field work, this week's crop report from the U.S. Department of Agriculture shows soybeans are 30% harvested—19 days ahead of last year and 12 days ahead of the rolling average.

It's also the farthest along the harvest has been in eight years.

Corn harvest is underway primarily in northwest Iowa, but statewide producers are at at 12% picked—three weeks ahead of last year, nine days ahead of the rolling average and also the most progress seen since 2012.

As far as what farmers are seeing, soybeans are exceeding expectations, albeit down from last year. Beans appear to have weathered the drought quite well.

Early estimates are down anywhere from two to 10% from a year ago. Thankfully, prices have helped.

The opposite is true for corn.

Farmers tell Local 5 that areas with lighter soil planted as corn fields again this year are down anywhere from 10 to 30% and some areas are worse.

According to Don Roose with U.S. Commodities, fields impacted by the derecho are worse off for corn. Farmers are making multiple passes to pick up their crop, with costs adding up quick as roughly 300,000 Iowa acres were taken out from the Aug. 10 storm.

RELATED: Northern Iowa farmers preparing for the worst, hoping for the best in upcoming harvest