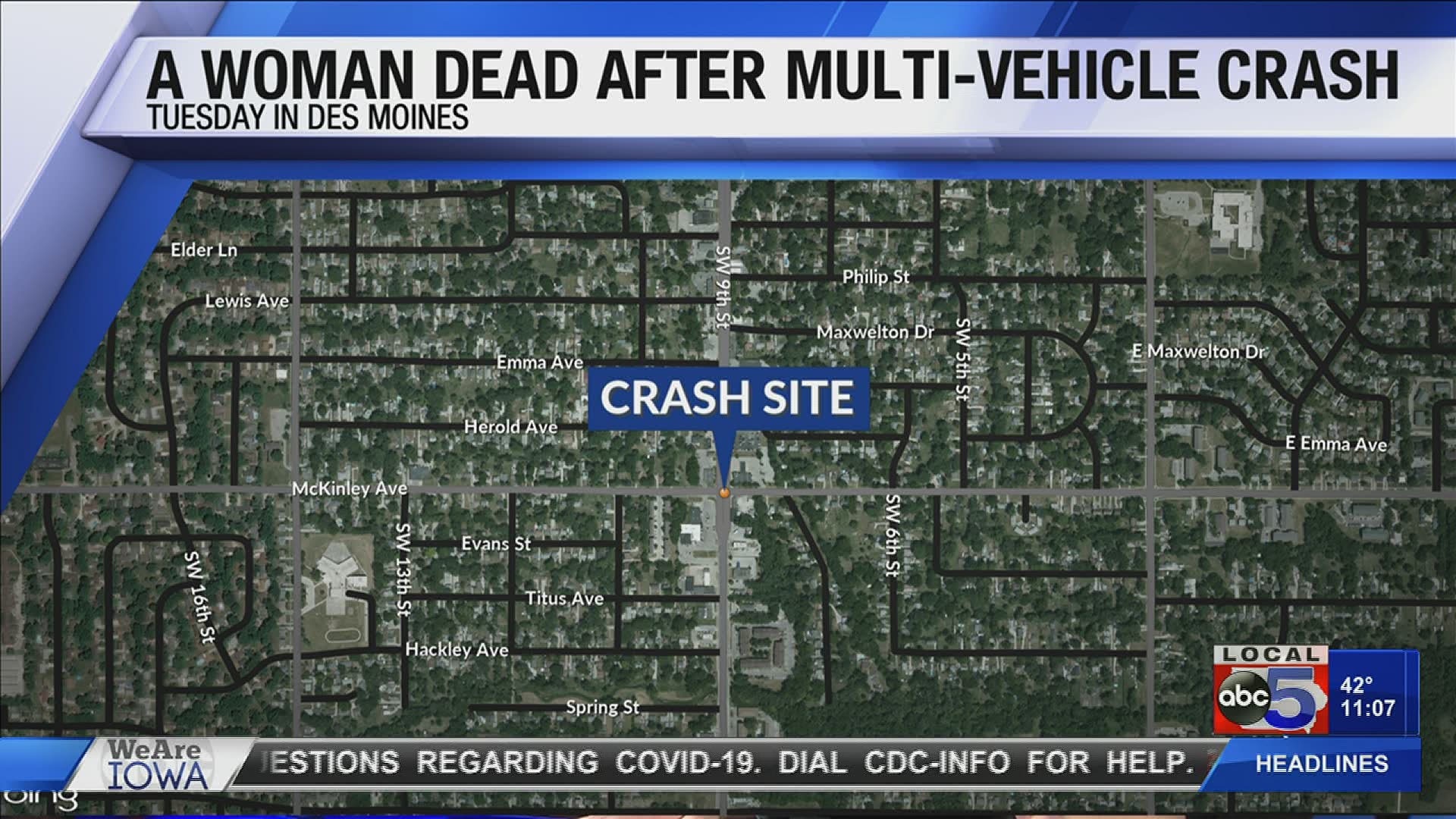 DES MOINES, Iowa — A woman is dead and a man was hospitalized with serious injuries after they were involved in a three-car crash Tuesday afternoon.

Des Moines Police responded to the crash at SW 9th and McKinley Avenue around 4:10 p.m. Tuesday. When they arrived, officers found three vehicles had crashed.

Police say both evidence at the scene and witness reports indicate that a minivan, driven by Matthew Harker, was traveling eastbound on McKinley Ave. when it entered the intersection against a red light.

Officers say both vehicles struck the minivan on the passenger side. Young and Priddy were not injured.

According to Des Moines Police, failure to obey a traffic control device appears to be the major contributing factor to this crash. Additionally, impairment and distracted driving have not yet been ruled out.

Des Moines Police Department Traffic Unit officers continue to investigate the circumstances of this crash. At this time, no charges have been filed.