The food donated to the South Des Moines Thanksgiving Meal isn't going to waste— Bidwell Riverside Center gave them a second chance to go to a family in need. 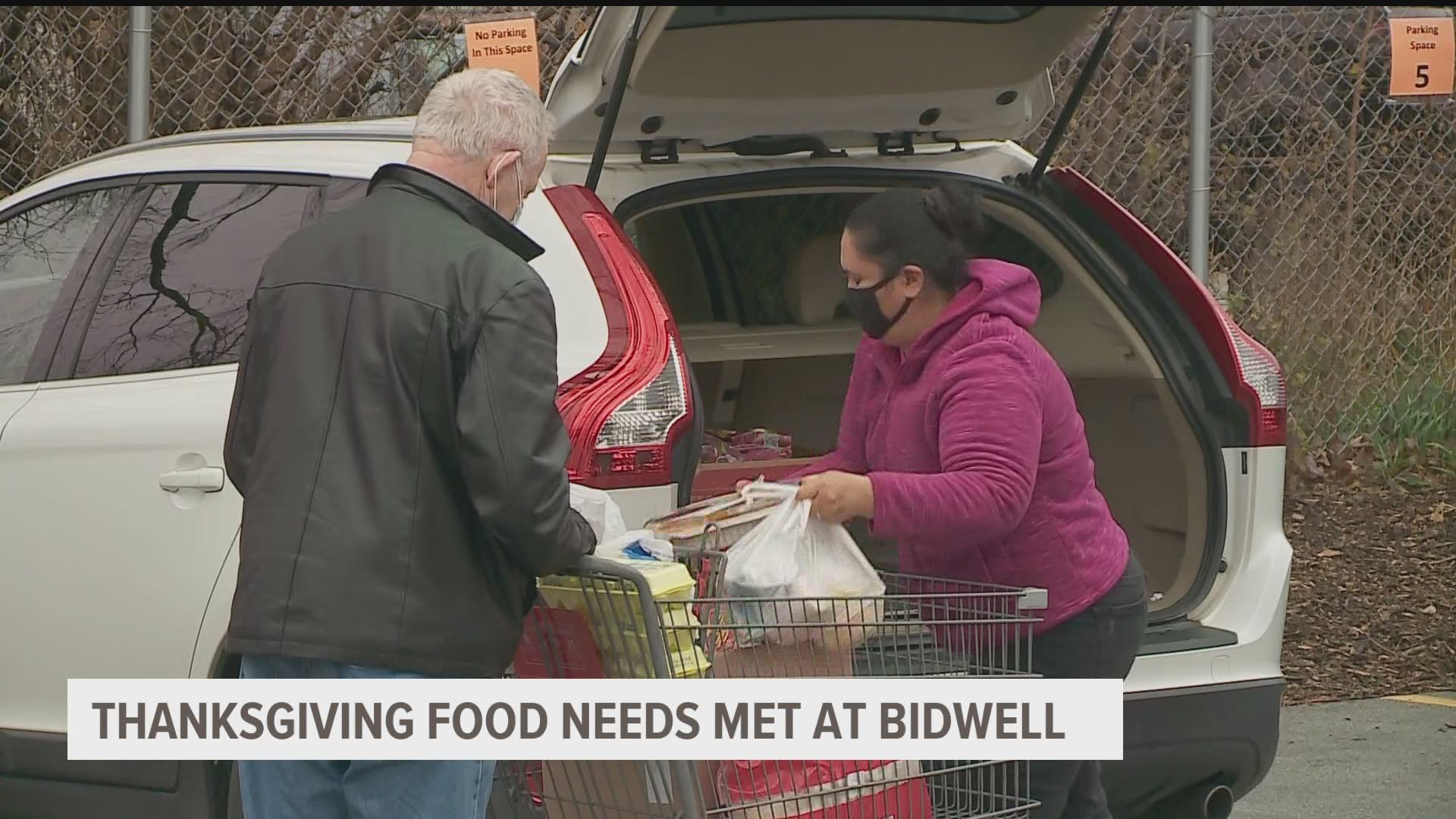 DES MOINES, Iowa — Organizers with the South Des Moines Thanksgiving Meal decided to forgo this year's tradition, which feeds about 1,500 Iowans annually, due to the pandemic.

The group has been feeding those on the southside of the City for about 20 years. The tradition started with about 150 meals. It's since grown to nearly 1,500 meals every November.

With the pandemic, the organizers made the tough decision to cancel, in order to protect the nearly 100 volunteers needed to pull off a service this size.

"Our entire organization was hoping somehow, someway we could still pull it off. But, in the end when it came to the safety of our community, we made the touch choice and it's truly heartbreaking. Do I get to cook fifty turkeys? No. But, at the same point that's several hundred people, thousand people that we don't get to help. That hurts," said James McLaughlin, co-director of the South Des Moines Thanksgiving Meal.

The fundraising for the meals beings each year in January. People had already donated 25 turkeys and 20 hams, so McLaughlin gave those to the Bidwell Resource Center where they wouldn't go to waste.

McLaughlin said his group fully intends to be back next year.

This "second life" for the donated food meant several families were still able to access food this Thanksgiving. November tends to be the Bidwell's busiest time of the year as people come through the pantry in need of food.

They've already served 1,500 families a Thanksgiving meal. The volunteer manager said 21 families came in every half hour on Tuesday— shedding light on the food insecurity many Iowans face during the pandemic.

"The fact that we've been here and been able to help so many people just means the world to us," said Missy Reams with the Bidwell Riverside Center.

"Our staff, we are down about 1,500 volunteer hours this month compared to last year. The staff has worked so hard to make sure that these families have felt welcome and taken care of."

Reams said the donated food were given out within 30 minutes. Bidwell has been servicing families for 65 years, and this month is the second biggest even they've ever had.