Hopefully you’ve enjoyed the fall weather this week! Temperatures are expected to drop over the coming days as a powerful cold front moves across the Midw... 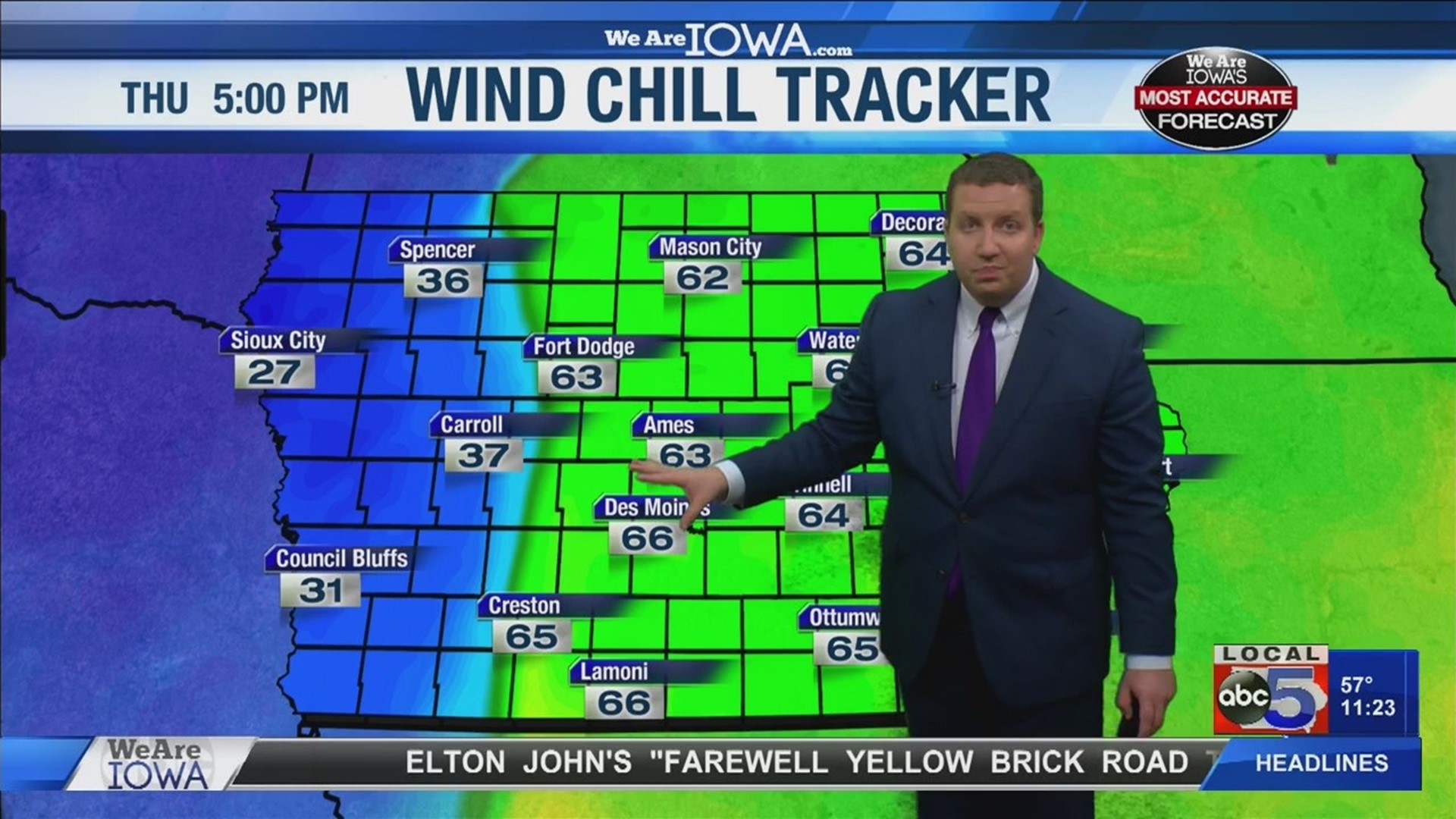 Hopefully you’ve enjoyed the fall weather this week! Temperatures are expected to drop over the coming days as a powerful cold front moves across the Midwest. For some of us, this will be an early taste of winter!

We had showers and storms on Wednesday evening, and more heavy rain impacted central Iowa on Thursday morning.

A few more showers are possible through the afternoon, but the coverage of rainfall will generally decrease.

Once the storms clear out, we’ll take a big plunge in temperatures going into Friday. The cold front will push in late Thursday evening. As a result, highs on Friday will only reach the low to mid 40s across Iowa. That’s after a start in the 30s for most areas.

High temperatures on Friday will only reach the low 40s.

Meanwhile, our first freeze is possible this weekend, too. Low temperatures on Saturday morning could fall to the low 30s around the state.

So… with the cold weather moving into Iowa, it begs the question- what about snow? By now you’ve probably heard some rumblings about the dreaded “s” word. To our west, a large snowstorm is possible in the Dakotas and parts of Nebraska through the end of the week.

Here in Iowa, we’re not expecting a snowstorm, but we won’t totally rule out the chance for a few snowflakes, though. At this point, some snow flurries or a light wintry mix is possible in central Iowa on Friday morning. If we do see any snow, accumulation is unlikely because the ground will still be quite warm.

Snow flurries are possible on Friday morning, but accumulation is unlikely.

Last year, Des Moines’ first measurable snow was on October 12th, so it isn’t totally impossible to see flakes this early in the season! Thankfully, we’ll return to fall weather next week.

As always, for the latest information on this complex forecast, follow the Local 5 weather team for updates. We will continue to keep you informed on our website, on Facebook, and on Twitter in the coming days.