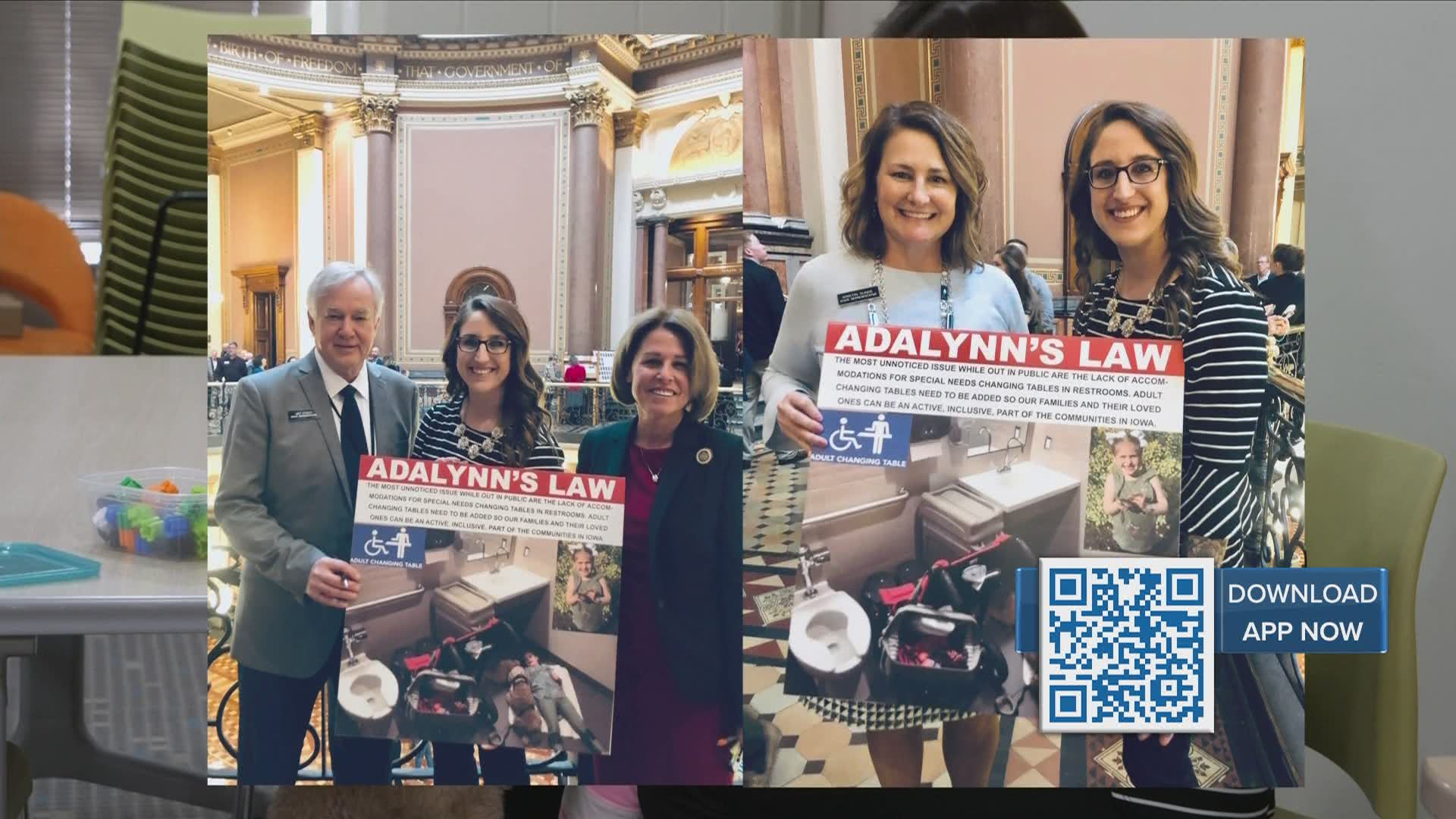 One bill currently being considered has a very personal story behind it.

It's something most people don't think about until they hear it for the first time.

With a drag-and-drop inside the Grimes Public Library, 7-year-old Adalynn Milham conquers another test.

"We have learned to conquer a lot," Adalynn's mother Amanda said.

On any given day, you'll find the trio of Adalynn, Amanda and best friend Bella exploring the world around them.

Not letting physical or psychological limitations stand in the way.

One activity that gives all three extra anxiety when they venture out is navigating routine breaks most of us take for granted.

"So if we do not have our accommodations in our public areas that we visit, whether its a zoo, a hospital, a park we're having to change her in undesired locations," Amanda said.

On occasion, that means the floor of a public restroom.

"A lot of people don't understand that this is an unnoticed issue until its spoke of," Amanda said.

Instead of tears, this mother of four is taking action.

"I have been working with legislator Ann Meyer and she has proposed a bill for rest stop locations to have this accommodation in place," Amanda said.

The estimated cost of retrofitting 19 public rest stops in Iowa with adult-sized changing tables would be around $23,000.

"Special needs children grow into special needs adults and we realized there was a need for that," City of Grimes Public Works David Guthrie said.

The City of Grimes has a plan to make their public spaces more inclusive with adult-sized tables, starting with their community complex.

"We are in the process of making sure all our parks, family-oriented facilities are more inclusive," Guthrie said.

$1,600 later, the larger table should be installed and ready to go by mid-March, making the Milhams' daily puzzle a little easier to solve.

"Or even put yourself in that position. If you or I became disabled and we had to put ourselves on the floor from a wheelchair just to be able to change ourselves. I wouldn't want that, let alone a child," Amanda said.

Currently, Amanda said she knows of only three changing tables they use between Fort Dodge and Iowa City including one at Child Serve in Des Moines.

Adalynn's law passed through the house transportation committee with bipartisan support and heads to the full house for debate.