Adam Cain had the whole community rooting for him as he recovered from serious injuries sustained in an explosion while on duty in 2019. 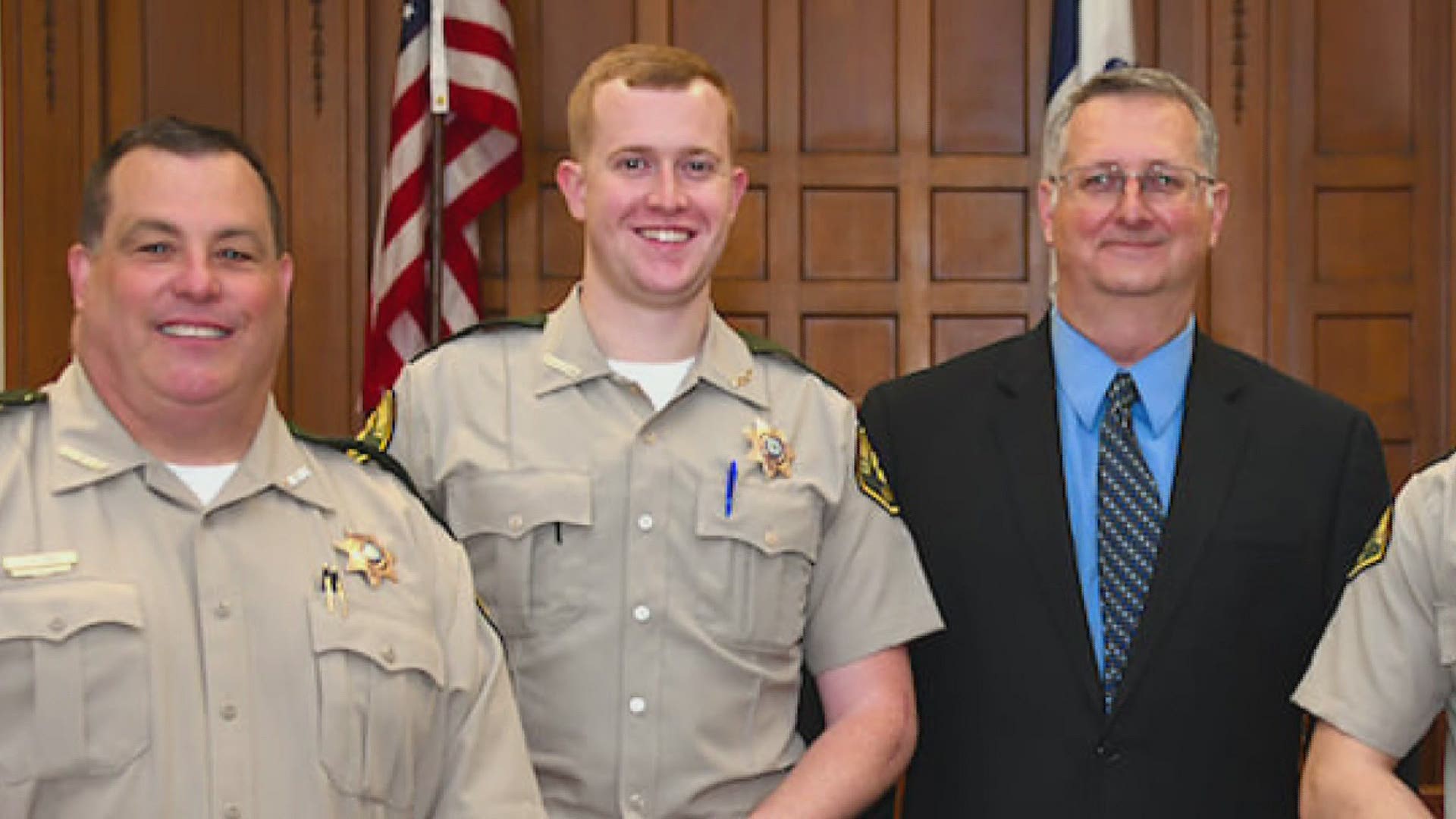 CLINTON, Iowa — A Clinton man who survived a 2019 explosion on duty as a firefighter will continue his service to the community within the Clinton County Sheriff's Department.

Adam Cain, along with Trenton Eversoll, was sworn in as a deputy on Thursday, April 29.  Cain and Eversoll both are natives of Clinton County and previously worked for the City of Clinton's fire and police departments, respectively.

Cain endured a long road of recovery after being injured in an explosion while battling a fire at the Clinton ADM plant in January of 2019.  23 years old at the time, he sustained pierced organs and broken bones after falling 88 feet down a corn silo.  That explosion took the life of a fellow firefighter, Lieutenant Eric Hosette.

The swearing-in took place just under two years after Cain was cleared to return to duty at the fire station again. Cain previously told News 8 Lt. Hosette was his reason for fighting through surgeries and weeks in the hospital, so he could get back to work.

"My goal is to get back to work and continue to serve the city of Clinton," said Cain, in a previous interview.

Cain will continue to serve, and now is attending Basic Training at the Iowa Law Enforcement Academy.

Along with Cain and Eversoll, the Clinton County Sheriff's Department's swearing-in welcomed part-time County Attorney Investigator Tom Bohle, who retired from the Clinton Police Department after more than 32 years of service.