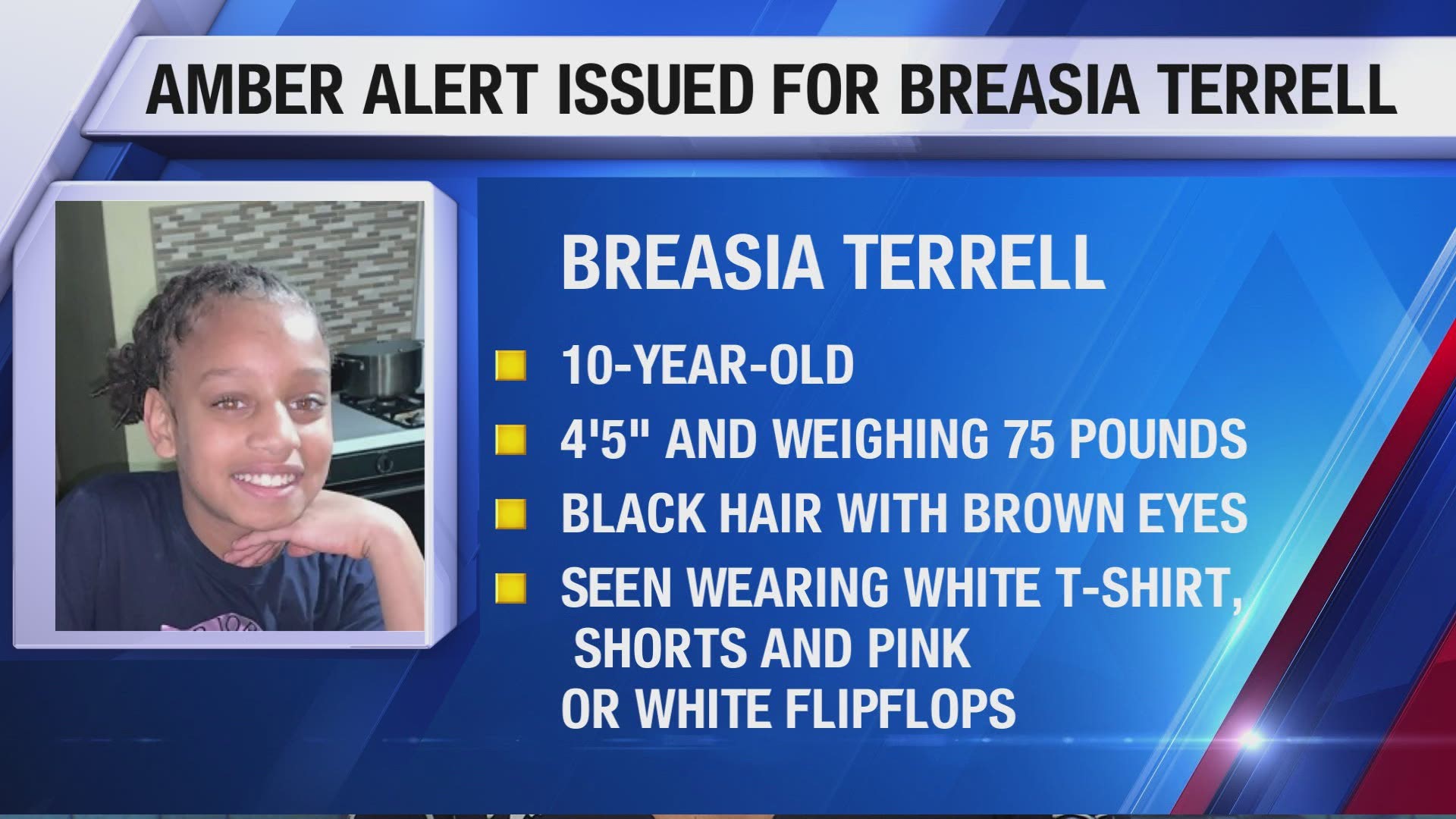 While that alert has since expired, she is still missing.

She is 4′5″ and weighing 75 pounds, with black hair and brown eyes and was last seen wearing an oversized white t-shirt, shorts and pink or white flip-flops.

Anyone with information on where Breasia is should call the Davenport Police Department at 563-388-3661.

In a release, the Iowa Department of Public Safety says they issued the Amber Alert "immediately upon request from the Davenport Police Department."

The notification expired after five hours according to policy, but the search for Bresia is "still underway", Iowa DPS said.

NOTE: The Iowa Department of Transportation mistakenly posted a cancellation of the Amber Alert at 9 a.m. Tuesday.

The Amber Alert generated out of Davenport remains active (7-15 9 a.m.). We are sorry for any confusion.