Ames fitness club in violation of state permit, closes to anyone under 16 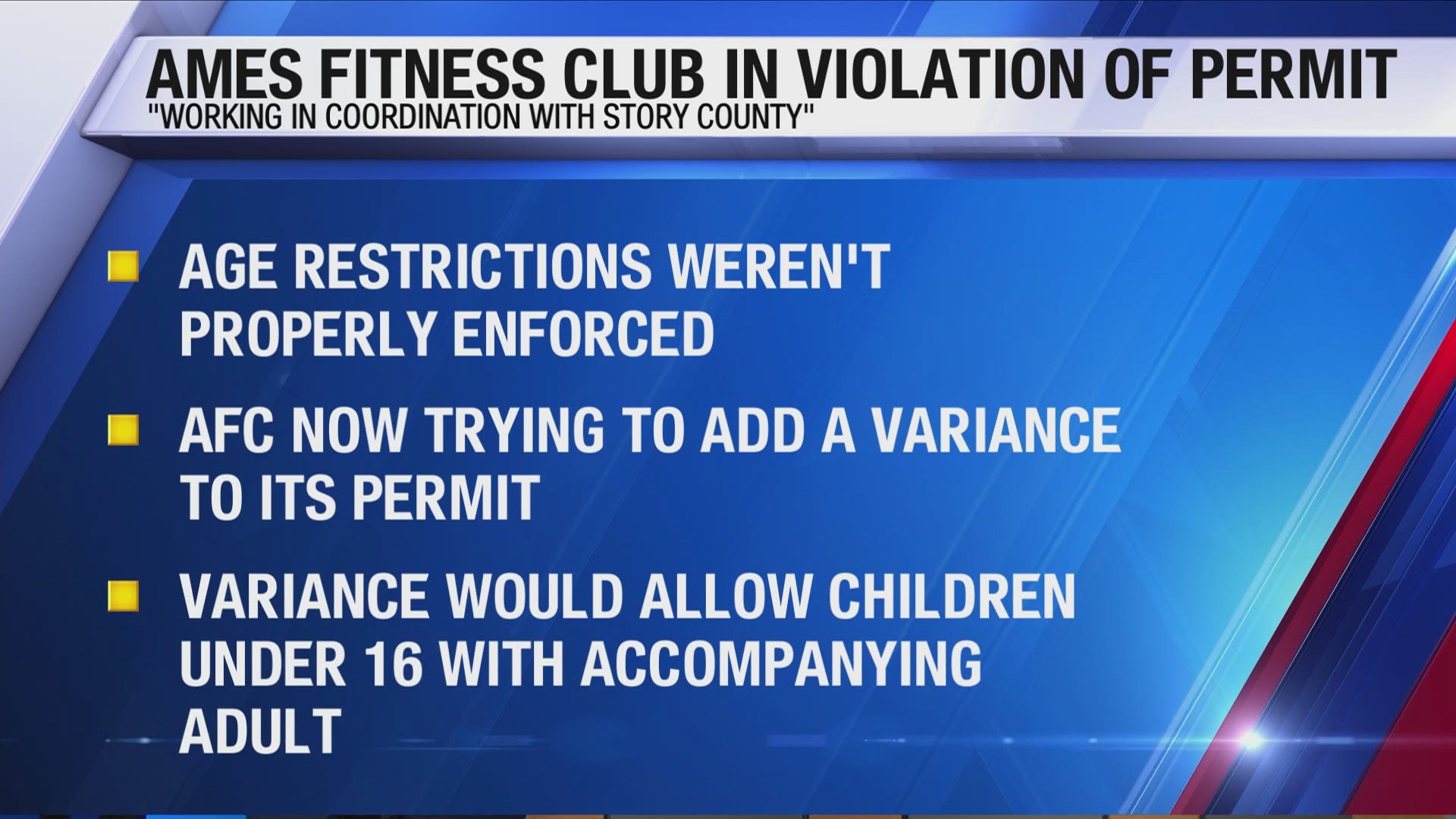 AMES, Iowa — The Ames Fitness Center has closed its pool to anyone under the age of 16 after not following it's permitting.

On Friday, the fitness club posted on Facebook the decision was due to, "a newly enforced state ordinance."

Local 5 spoke to the Story County Department of Health who said as part of the fitness center's permit, they agree to not pay for lifeguards, a state requirement.

But in return, the pool cannot allow anyone under the age of 16 to swim.

An inspector recently found they were allowing children to swim, so now the fitness center is trying to negotiate another change to their permit that would allow them to have children under 16 in their pool as long as they're accompanied by an adult.

But until they can get that done, the pool is off-limits to anyone under 16.