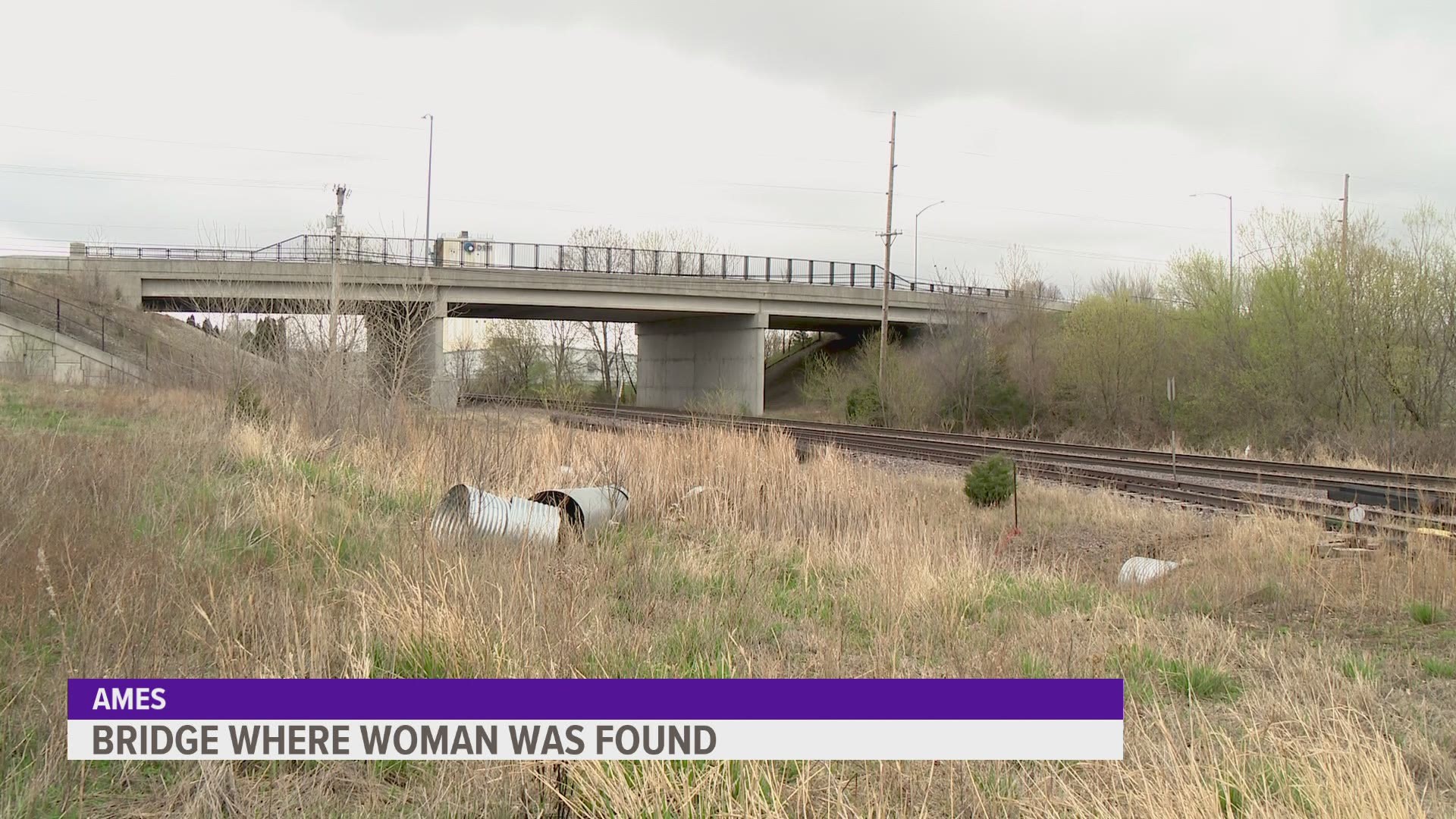 AMES, Iowa — Police officers and firefighters in Ames breathed a sigh of relief after saving a woman who was dangling from a bridge above railroad tracks early Thursday morning.

Around 1:30 a.m., Ames police and firefighters received a call from the Union Pacific Railroad about a "distraught" woman grasping the railing of a bridge on Dayton Avenue over a set of railroad tracks.

When officers arrived, they held the woman to keep her from falling onto the tracks below while the Ames Fire Department positioned a ladder truck below.

"[The first officer] stuck his arms in the space between the concrete and the metal fencing and grabbed onto her and the second and third officers also reached under and held onto her until we could get the fire department out there to assist so we could formulate a game plan," said Sgt. Joel Congdon with the Ames Police Department.

Officers climbed the ladder and put the woman in a harness where firefighters then lowered them all to the ground safely.

Congdon said he doesn't know what the mindset of the woman was or how she got there to begin with.

"This is one of those cases where, today specifically, you didn't have much time to react and you had to assess it very quickly and make a move and the officers on scene did an excellent job and then working with each other," Congdon said.

The woman was transported to the Mary Greeley Medical Center for evaluation.

First responders aren't sure at this point why the woman was hanging from the bridge.

The pictures below show how first responders were able to rescue the woman.

Online anonymous tips can be made by clicking/tapping this link.

RELATED: Haircuts at school? At Des Moines East, it means you're on the right path

RELATED: Fort Dodge grandfather surprised by visit from granddaughter after getting vaccine