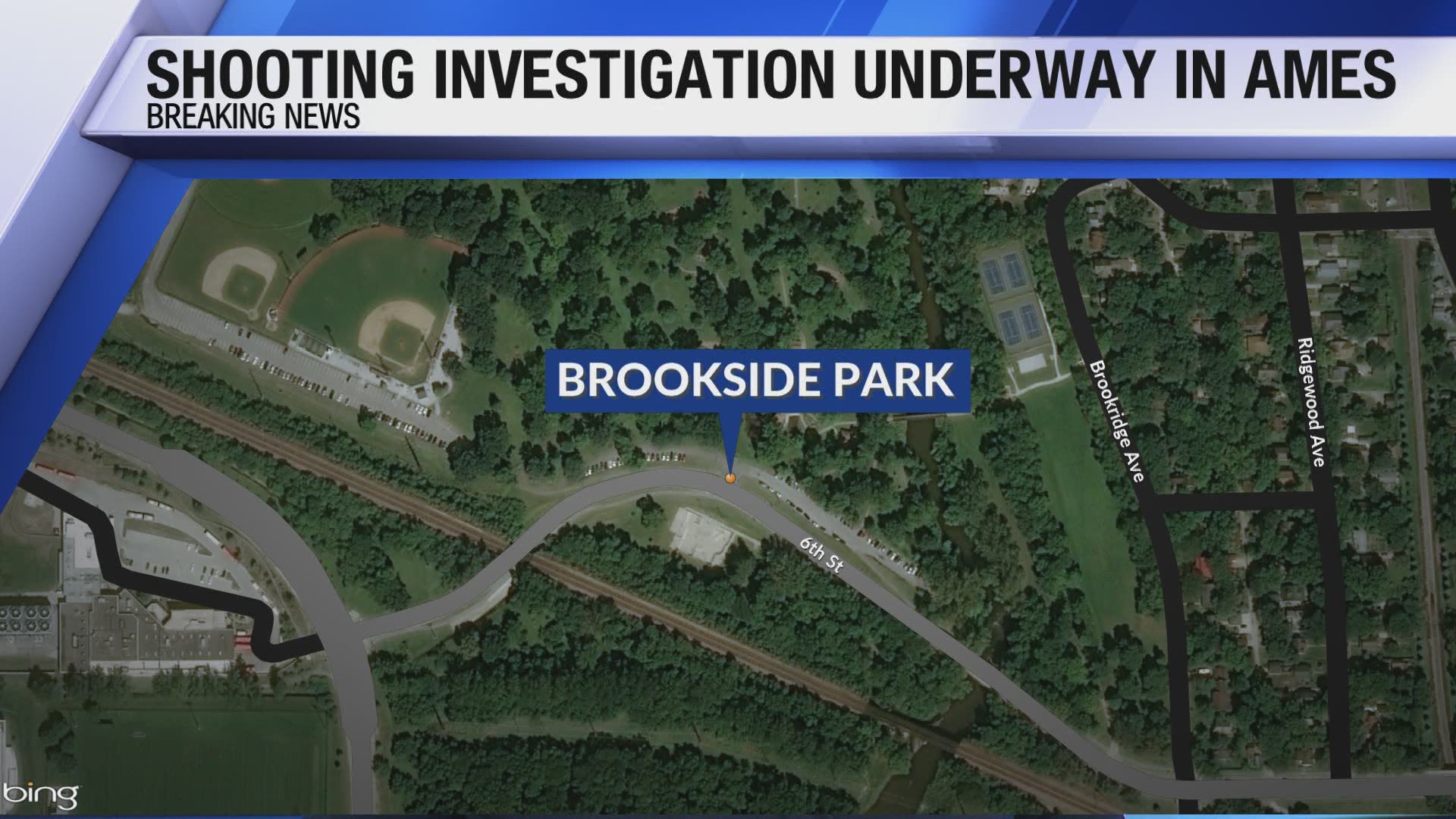 AMES, Iowa — A suspect wanted in connection to the October 8th shooting at Brookside Park turned himself in to police on Sunday according to Ames Police's Twitter page.

Jonathan Thompson turned himself in on the Robbery 1st degree and Attempted Murder warrants on 10/25/20 at 5:00 p.m. This is in connection to the shooting that occurred at Brookside Park on October 8, 2020.

The shooting victim was identified as 20-year-old Marshalltown resident Devin Lagrone. Ames police responded to a report of a male in the hospital with a gun shot wound shortly before 6 p.m. on Oct. 8.

Witness in the area confirmed the shooting occurred at Brookside Park at 1325 6th Street in Ames.

Police identified Thompson and a 16-year-old juvenile as the shooting suspects. The juvenile also faces attempted murder and robbery charges and was arrested on Oct. 14 and is now being held in the Central Iowa Juvenile Detention Center in Eldora.

Online anonymous tips may be submitted here or text a tip, Text “PCCS” plus your message to 274637 (CRIMES).

Local 5 will continue to follow this story for any further developments.