21 dogs and 5 cats and kittens were rescued from a home in Des Moines after Animal Rescue League of Iowa officials found them living among feces. According to t... 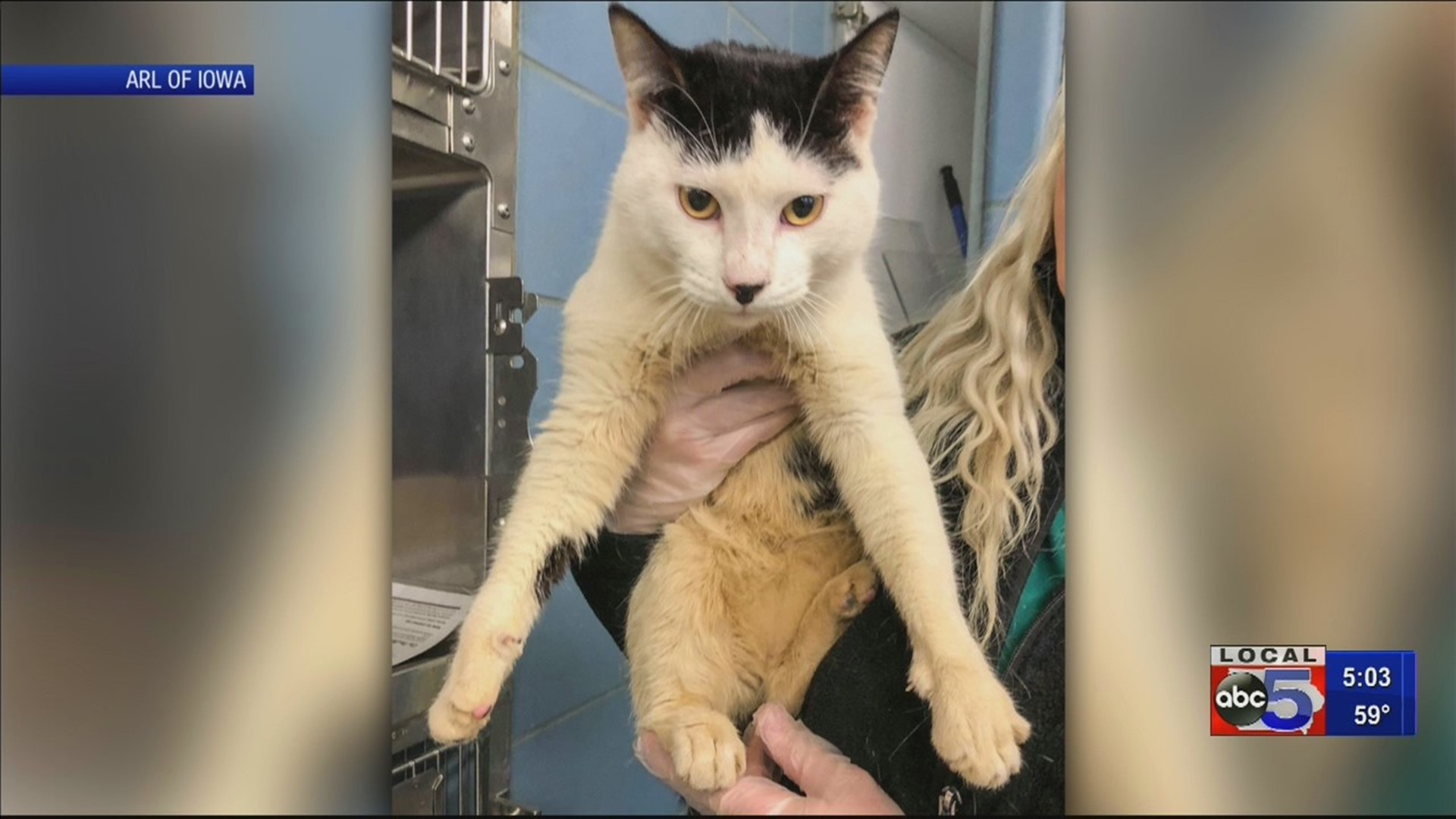 21 dogs and 5 cats and kittens were rescued from a home in Des Moines after Animal Rescue League of Iowa officials found them living among feces.

According to the Animal Rescue League, the 26 pets were found crawling with fleas and reeking of urine. The ARL also says nearly all of the dogs are suffering from hair loss and skin infections.

ARL officers say they entered the home and encountered a strong stench of urine that was so severe it burned their eyes and lungs. The officers add that feces and trash covered the floor, which made it difficult to navigate around the small space. ARL officials say dogs of all sizes were crowded everywhere.

Also inside the home, the ARL discovered two adult cats and three 4-week-old kittens trapped in cages with overflowing litter boxes. They also say that the cats’ fur was deeply stained with urine from living in their own waste.

ARL Animal Services has rescued a total of 26 pets from deplorable conditions in a small, feces-filled house in Des Moines. The 21 dogs and 5 cats and kittens were found crawling with fleas and reeking of urine, and nearly all of the dogs are suffering from hair loss and skin infections. All are now safe at the Animal Rescue League of Iowa.

ARL’s Emergency Care Team met the pets at the shelter and examined each of them to determine individual treatment plans. Officials say some of the dogs’ fur loss and skin conditions are severe, both from flea bites and the deplorable conditions they were living in. One senior dog is suffering from fur loss and skin sores, and what fur she does have is tightly matted. Another tiny dog with inflamed skin is missing nearly all the fur on her back.

ARL officials also say most of the dogs’ nails are so overgrown it is impossible for them to walk comfortably. The kittens’ ears are filled with mites. Nearly all the pets will need spay/neuter surgeries and vaccinations. Beyond medical care, at least six of the dogs will need extensive behavioral rehabilitation before they’re ready for new homes.