WARREN COUNTY — Three neglected horses are recovering at the Animal Rescue League of Iowa after they were removed from a property in Warren County. In a Faceboo... 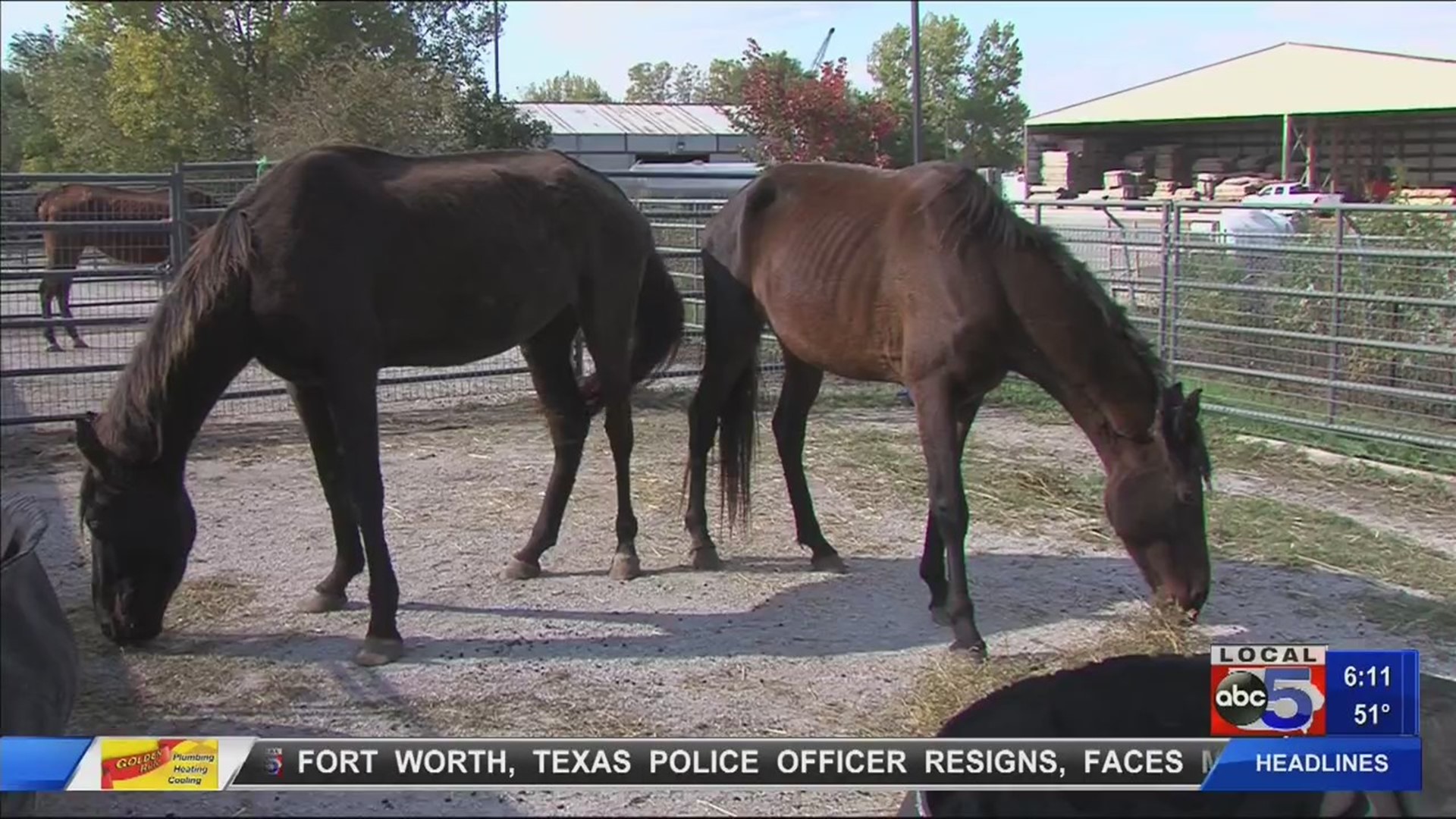 WARREN COUNTY — Three neglected horses are recovering at the Animal Rescue League of Iowa after they were removed from a property in Warren County.

In a Facebook post, the ARL said the horses are extremely thin and it’s clear that they hadn’t received proper food or medical attention “for quite some time.”

The skinniest of the horses is Chester, pictured in the ARL’s Facebook post. He arrived at the ARL with multiple untreated wounds as well as a skin condition that has caused hair loss and peeling.

Veterinarians also found a large wound under his jaw, possibly from an infected tooth.

All three of the horses were covered with botfly larvae.

The other two horses are Twister and Typhoon. They were found with burrs tangled into their manes.

The ARL says all three horses have started on a refeeding program to help them regain weight safely.

The investigation into the case is ongoing, but the ARL stresses that these horses will have months of recovery ahead of them.