The robberies took place between Feb. 6 and Feb. 13. 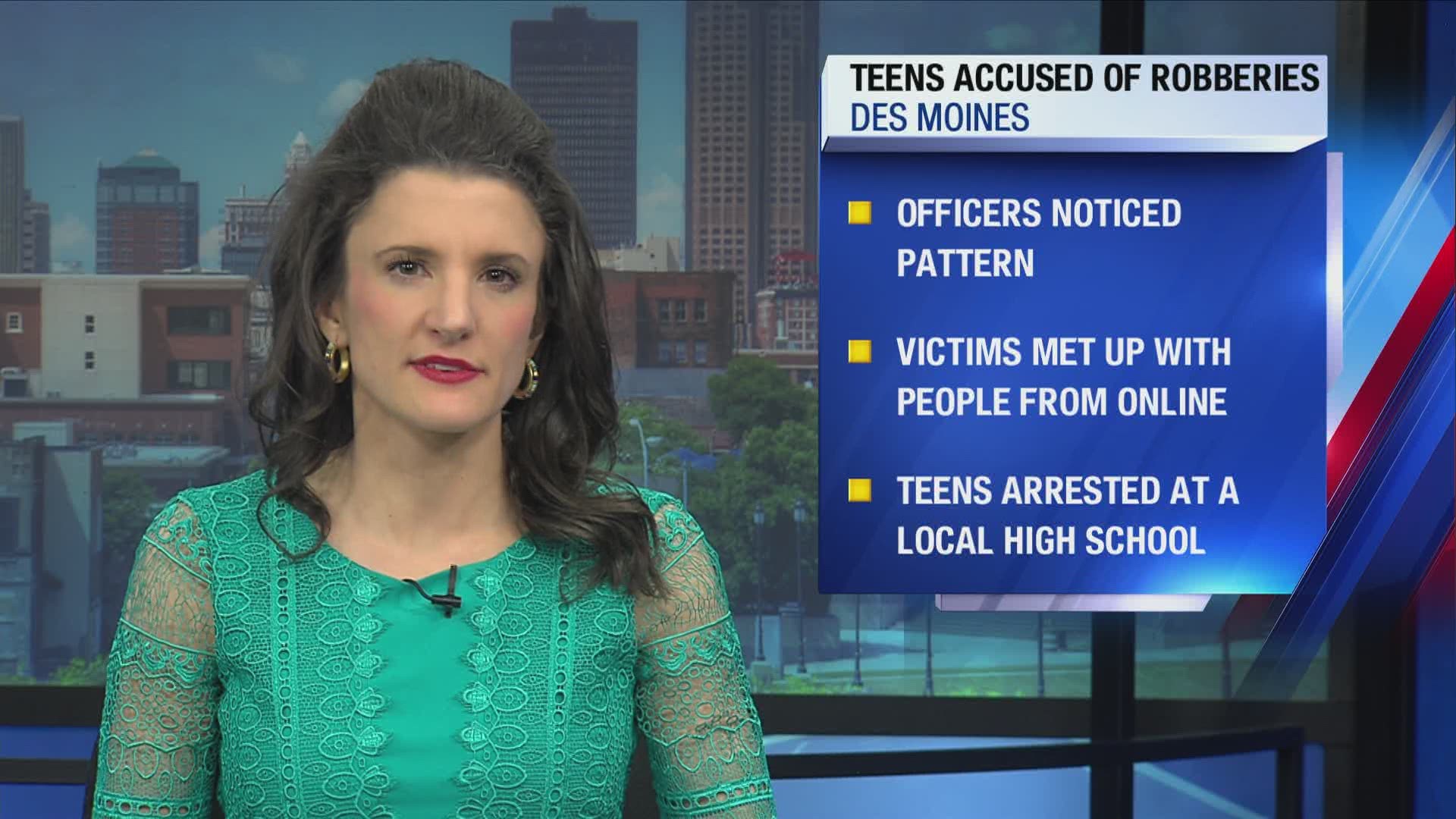 DES MOINES, Iowa — Police in Des Moines say they've arrested three teens suspected in a spate of robberies carried out after the victims agreed to meet up with people they met online.

Police say they noted several similarities in a rash of robberies reported between Feb. 7 and Feb. 13 and were soon able to identify suspects. On Friday, detectives executed search warrants at two Des Moines residences, and police say evidence connected to the robberies was recovered.

Police say three suspects were then arrested at a local high school. Police say two 16-year-old boys and a 17-year-old boy have been charged with robbery.