Conserve water: thousands of Iowans told to limit water use amid drought 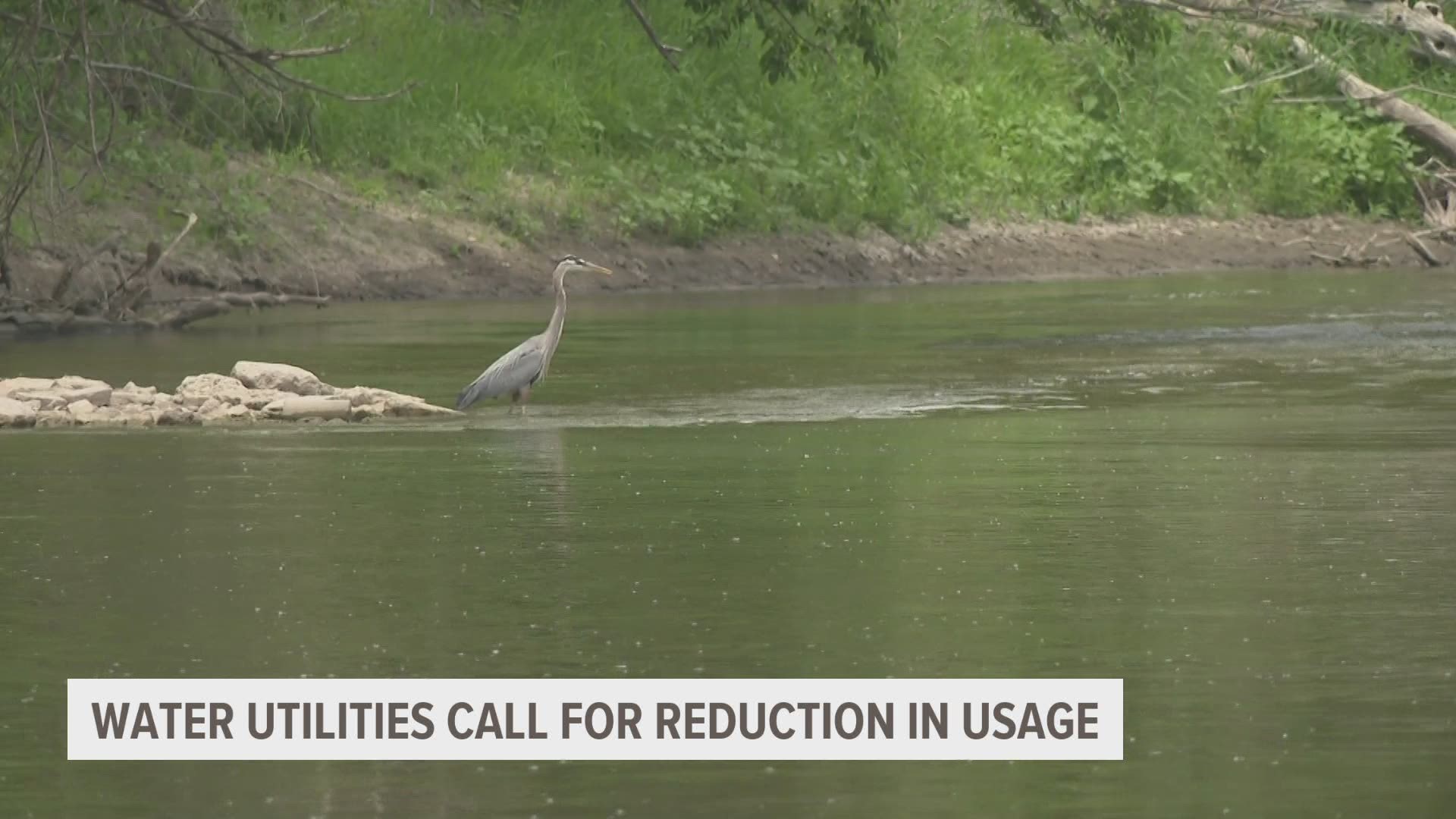 DES MOINES, Iowa — Because of the worsening drought conditions and low river levels, two central Iowa water providers have asked their customers to cut back on using water beginning this week.

Much of the increase in water demand in the summer is a result of turf irrigation. Beginning Monday, Des Moines Water Works customers are asked to reduce their lawn watering by 25%.

For West Des Moines Water Works customers, the utility is asking users to reduce irrigation and watering to conserve water.

"Though we typically purchase approximately 30% of our water from DMWW, when temperatures spike this early in the summer after a drought the previous year we need to work together to protect our water resources. Reducing usage at this time will help everyone," said Christina Murphy, general manager of WDMWW.

Murphy said in a release asking customers to cut back on their water use has been effective. She pointed to an instance in 2012 when customers were asked to voluntarily reduce their water usage, and water consumption declined by a million gallons a day.

Des Moines Water Works urges all customers to follow the irrigation schedule, which includes no turf irrigation on Mondays and to limit all other water usage wherever possible.

This week Des Moines Water Works plans to raise the flashboards on its Raccoon River low head dam, as pictured below.

Should the drought worsen, WDMWW will take appropriate actions according to its Water Shortage and Conservation Plan approved in 2014.