One couple is two days in without power. Now they're navigating how to live without using services they don't usually have to think about. 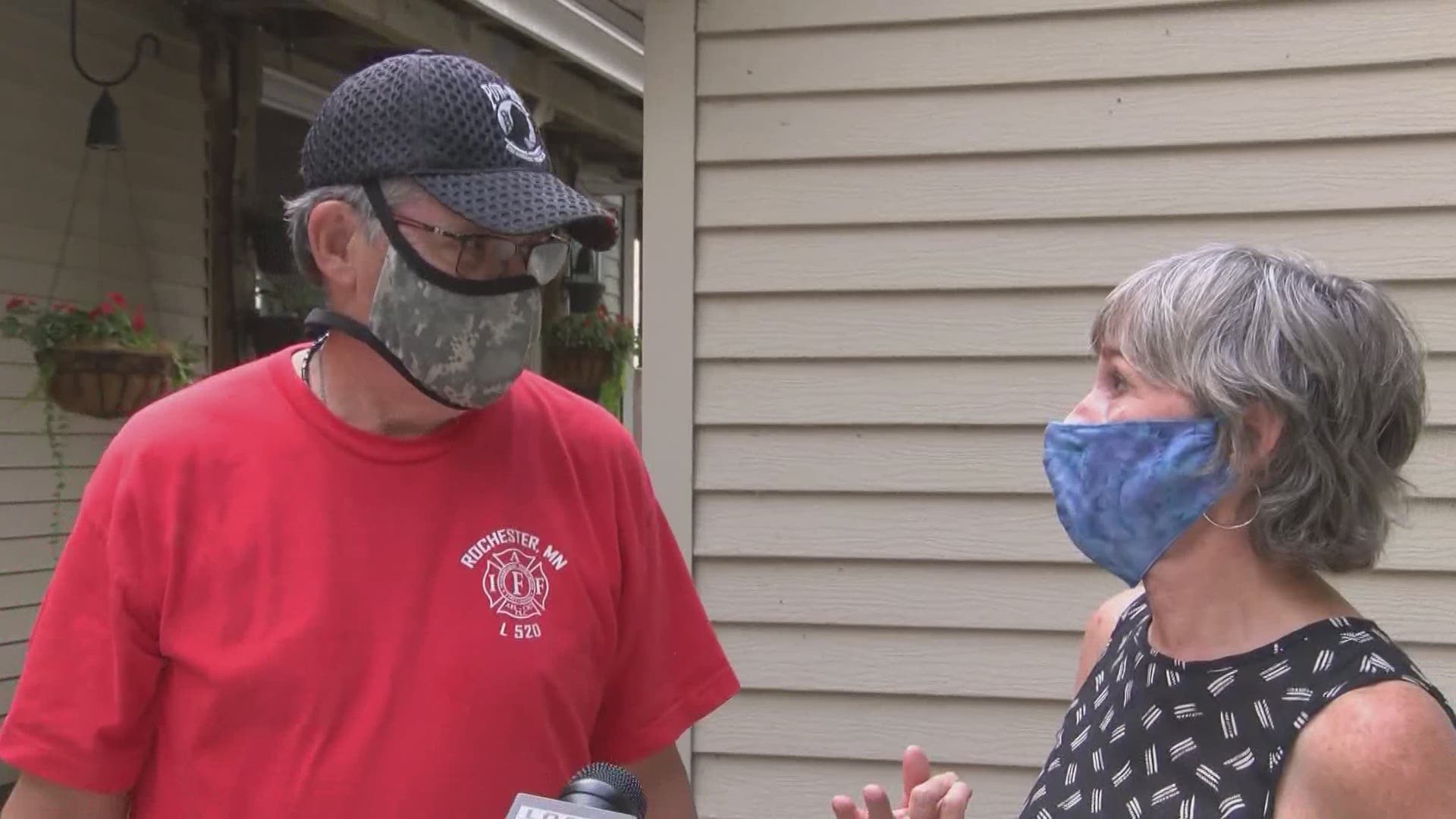 AVON, Iowa — Many Iowans across the state still don't have power days after a powerful derecho brought in hurricane level winds through the Midwest.

As of Wednesday evening, more than 330,000 Iowans are still without power, including one family from Avon.

Avon is an unincorporated community about eight miles away from Des Moines, just outside of Carlisle.

"We have no power, no water, no sewer," said Janise Elliot, one of Avon's residents. Janise lives there with her husband, Charlie. They've been without power since noon on Monday.

The couple are desperate for services that they normally don't think about.

"I feel like I'm in a third world country," Janise said.

"We are on a well, so we need a pump," Janise explained. "We, also, have grinder pits than a regular sewer and that runs on electricity, as well.”

No power also means that all of the couple's food has gone bad. Their refrigerator reached temperatures as high as 70 degrees.

The couple said they won't stay anywhere else since Charlie has medical issues. They don't want to risk him getting sick during the pandemic.

Leaders in Carlisle have advised them to not put any liquids down their sink or toilet because of the grinder situation. Due to this, the couple has to go outside to wash their hands.

Others in the neighborhood told Local 5 they're putting medicine, like insulin, in coolers to keep it from going bad.

The couple said Mid-American Energy emailed them to say they're working as fast as possible to get the power back on.