Big changes could be coming to the ISU campus

AMES — ISU is looking to modernize its sports complex to draw more students in the future. The plan is meant to transform the space between Jack Trice Stadium a... 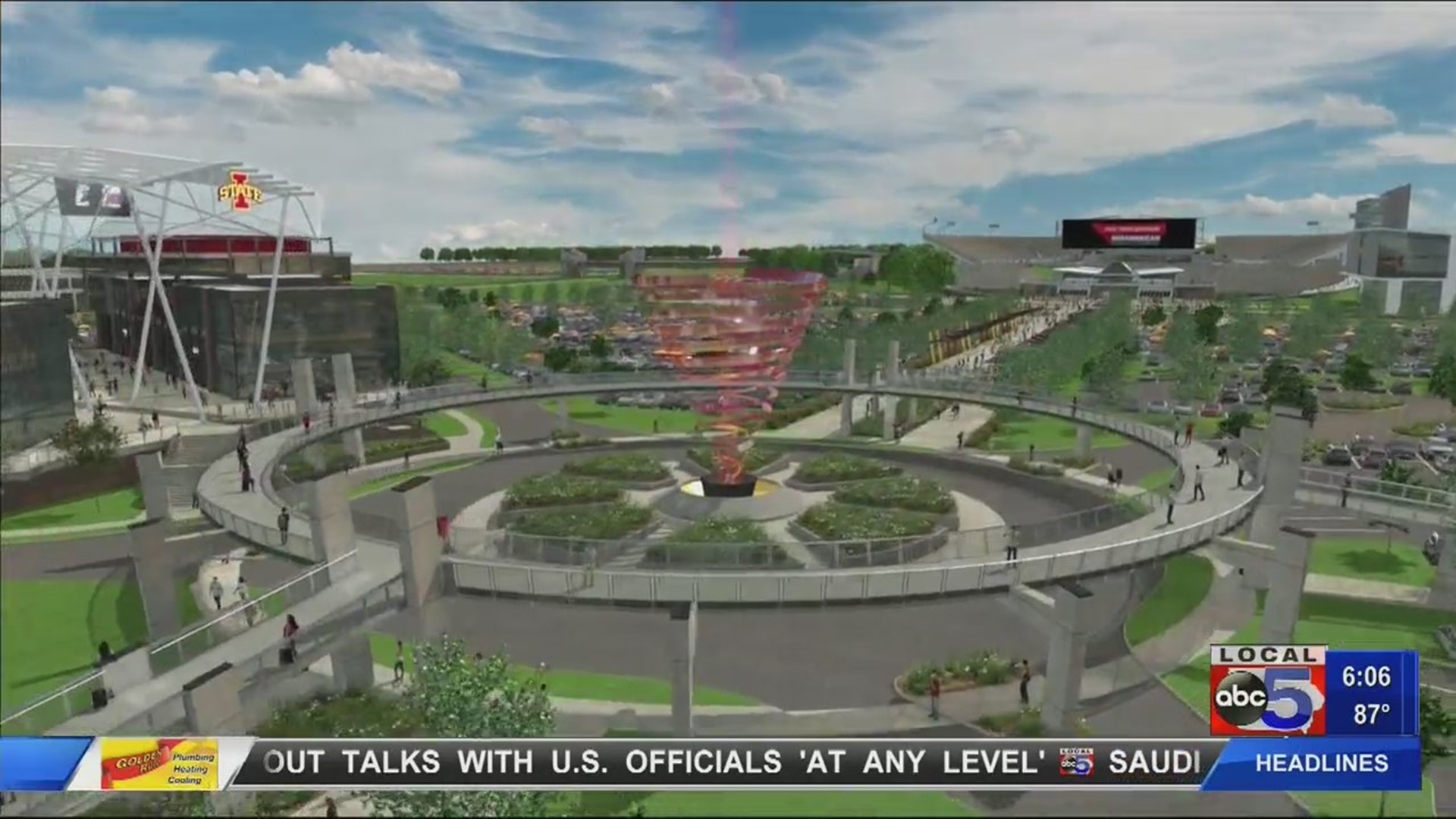 AMES — ISU is looking to modernize its sports complex to draw more students in the future.

The plan is meant to transform the space between Jack Trice Stadium and Hilton Coliseum into an area that’s used for more than just tailgating. University officials say they want this area to be used year round.

“We need to use this as an opportunity to be a catalyst to grow this community, grow this institution and grow our athletics program.”

Pollard is spearheading a plan to bring a new arts, culture and community district to campus.

A few highlights of the plan were rolled out Tuesday, including extra parking.

“This is not a plan that reduces parking. It actually adds and improves parking.”

To make sure people parking in the new lots cross University Boulevard safely, they want to add a pedestrian bridge.

“We call it the pedestrian gateway. It has the potential to completely transform the entrance to Iowa State University.”

An entertainment district is also being considered between Jack Trice and the Hilton, including shops and restaurants.

Pollard said that area could be used year-round, not just during football season.

“A lot of our fans are not aware of all the other activity that comes through Ames. When we talk to developers, quite honestly the seven football games is not the reason to build this.”

Pollard said student orientation and the Special Olympics are a couple events that could also benefit from an entertainment district.

This idea is very early on in the planning process.

All of the renderings shown could be changed as they move forward.

As for when you can expect to see this plan completed, well that has yet to be determined. The feasibility study however does start this week.

The ISU Athletics Department and Ames Convention and Visitors Bureau is paying for the feasibility study.