Remembering Pauline Humphrey, the first Black woman to own a beauty school in Iowa

Humphrey opened the Crescent Beauty Shop and School in the 1930s, during a period when not many African Americans owned businesses. 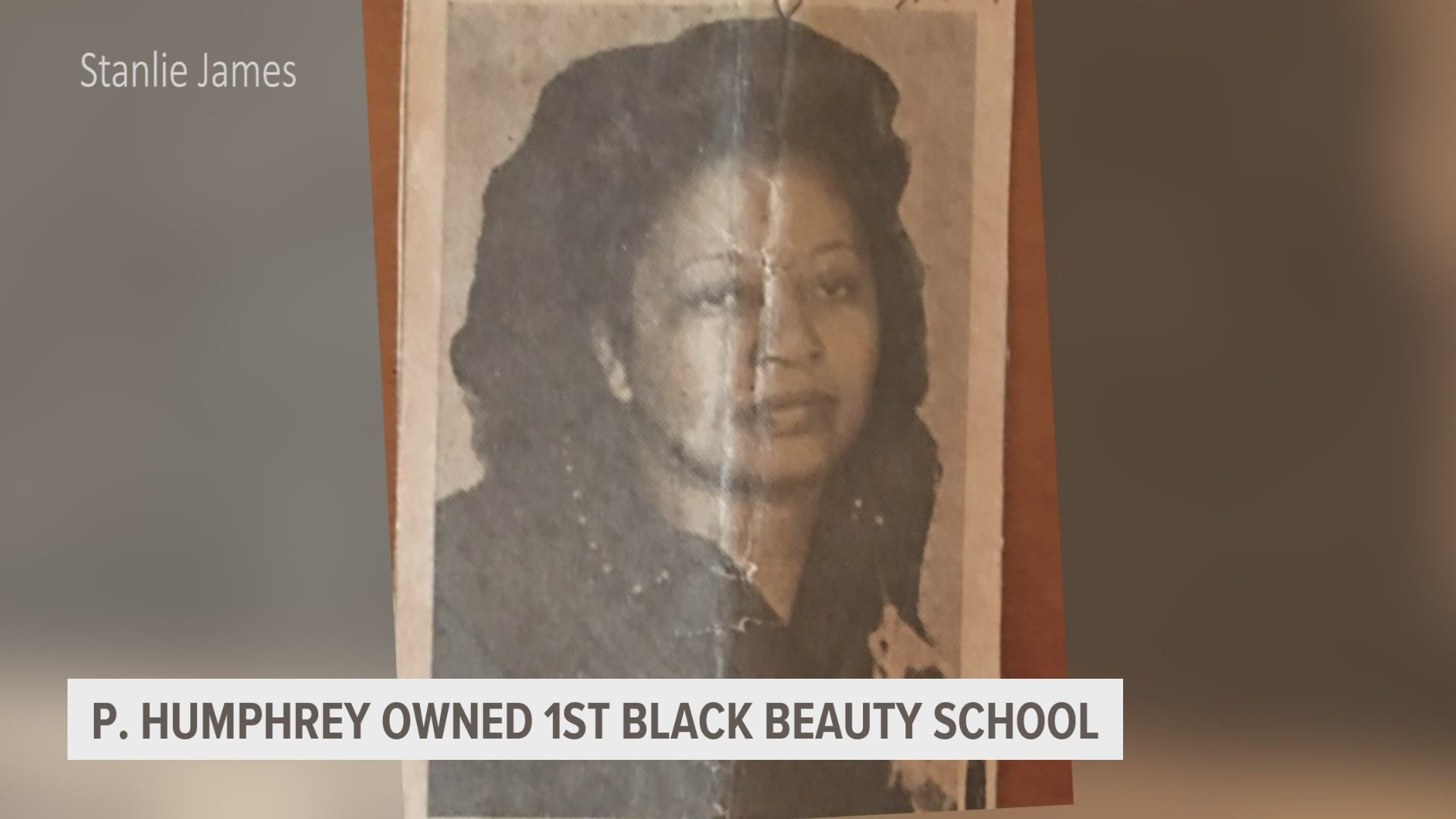 DES MOINES, Iowa — Pauline Humphrey was the first African American woman in Iowa history to own and operate her own beauty school.

State Curator Leo Landis with the State Historical Society of Iowa said it was an amazing accomplishment for her to have since during that time, when most African Americans or women did not own much.

Humphrey was born in 1906 in Des Moines.

A few years later, James said her grandmother got married, had a child and divorced.

Following the divorce, Humphrey knew she needed a way to make money and going to beauty school was her way of becoming self-sufficient.

"Pauline had gone to a Madame C.J. Walker school in Chicago learned, and was licensed as a cosmetologist," Landis said.

After coming back from Chicago, her granddaughter said she spent time in Fort Dodge, becoming certified in this state to open up a beauty shop and school.

The Crescent Beauty Shop and School opened during the 1930s. It eventually moved to the Center Street Neighborhood in Des Moines, specifically 1407 Center St.

"It was like a three-story building, and what she could do was have the school on the main level, and then the second level was a dormitory," James said.

The Center Street Neighborhood was once an area that was thriving for Middle-Class African Americans in Des Moines, with multiple Black-owned businesses.

Landis said the residents and businesses in that area were mostly displaced by the highway that cut through the neighborhood, and then other projects of urban renewal in the 1960s and 1970s.

Humphrey went on to open up more shops, and at one point had her own line of beauty and haircare products called Myrise Paule.

James noted her grandmother taught African American students from all over the state, and after they graduated she would send them back home so they could help build up the communities they came from.

"This was the thing, you wanted to be independent and without doing day work or working for the white lady," James said.

Humphrey was not just an entrepreneur or businesswoman, she was working to better African American lives, according to Landis.

"She was a businesswoman who was successful and really meeting a need within the Black community and central Iowa community," Landis said.

However, her success did not come easy. James said when Humphrey wanted to open up new shops, banks did not want to give her loans. So she had to raise the money herself or establish a good relationship with a bank.

And in addition to being a businesswoman, James' grandmother taught her valuable life lessons.

"You know we were always required to treat people with respect and dignity," James said.

Both Landis and James described Humphrey as a woman who was ahead of her time.