'Nobody asked who we were': Blazing Saddle owner describes moment when Des Moines police forced themselves into bar during protest

Co-owner Bryan Smith said the bar has had a really good relationship with the police department. 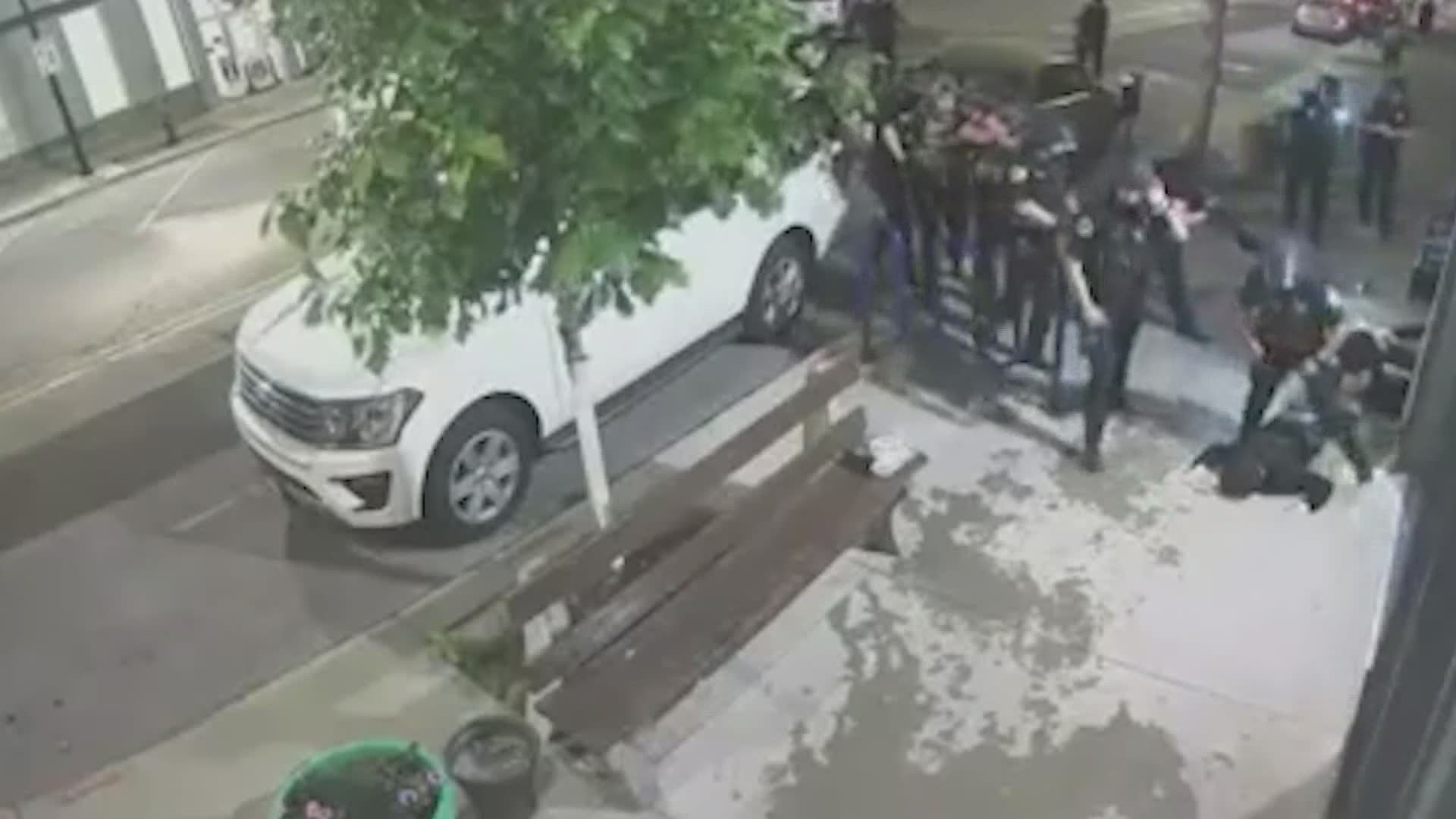 Security camera footage released by Blazing Saddle in the East Village shows exactly how the incident played out that night.

Co-owner Bryan Smith said the workers were attempting to give aid to those impacted by tear gas when the police showed up with their weapons drawn.

They ordered everyone out of the bar at gunpoint and went in, where they found one employee in the basement.

Three employees were arrested that night.

"I understand that times are different right now and that emotions are running pretty high, and I get that whole thing," Smith said.

Smith said that Sgt. Paul Parizek with the Des Moines Police Department reached out the very next day to check in. Smith also said that the bar has a really good relationship with the department.

Parizek agrees that the action used that night was frightening, however it was done with protecting the bar in mind.

"I think given what we've seen around the nation with business-owners being beaten and killed, businesses being looted, we had an obligation to go in there and make sure that everything was okay there at the Saddle," Parizek said.

"It does look kinda frightening when police come through the door with guns in their hands, but once we were able to talk that out, everybody was able to understand why we were there and what we were trying to do," he said.

"It was truly in the best interest of the businesses in the Village."

Smith is just happy that no one was injured that night.

"And luckily nobody was hurt like you've seen in other places. So they weren't that rough, but it was an eye-opener," he said.