Blood test results show Angela West was not intoxicated when she was arrested in Dallas, officials say

West was charged with driving while intoxicated but the Dallas County District Attorney did not accept the charge. 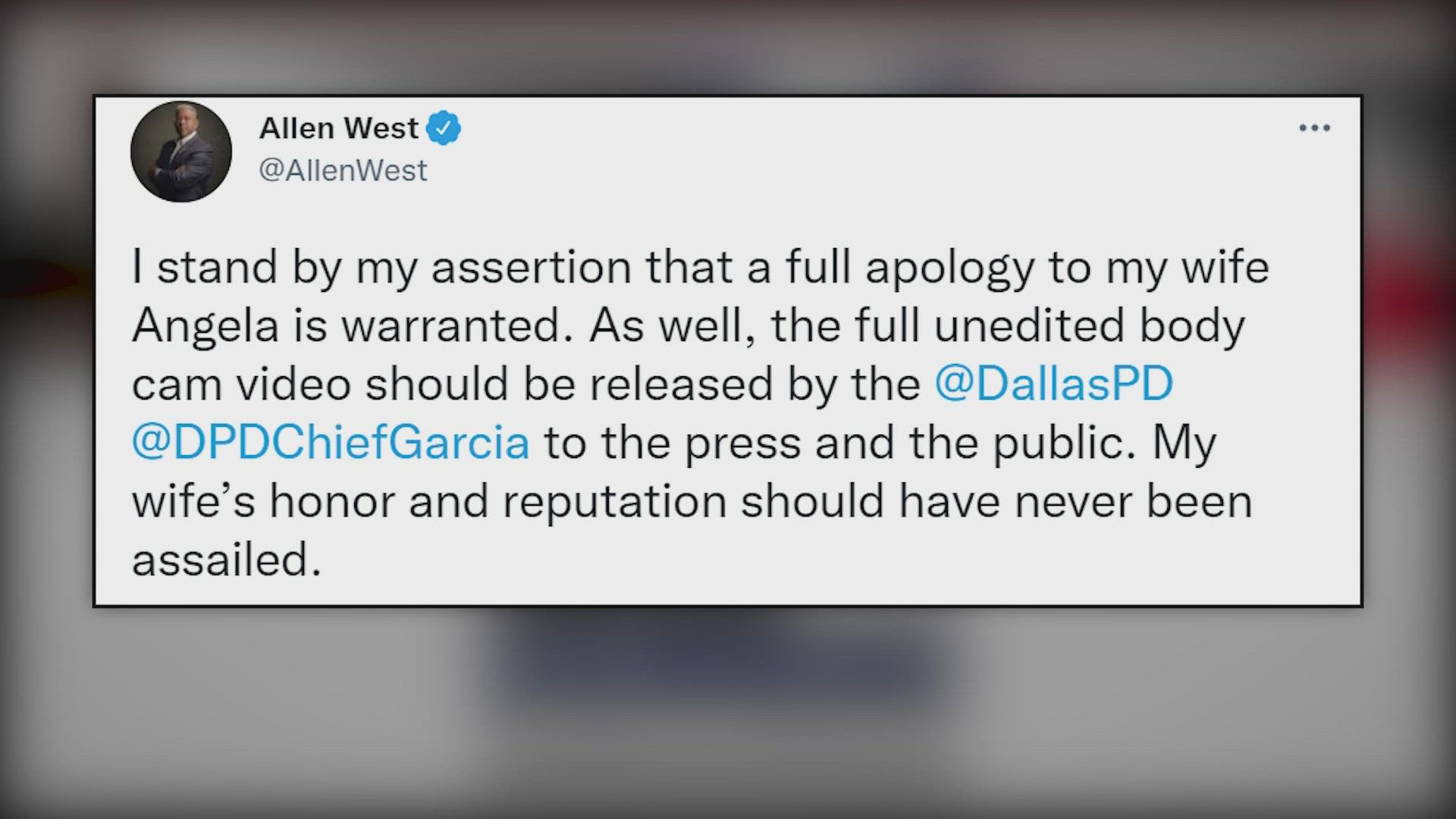 DALLAS — Editor's note: On Sept. 1, the Dallas County District Attorney’s Office declined to pursue charges against Angela West. WFAA has removed body camera footage that was edited and released by the Dallas police department of the traffic stop and arrest, as West is no longer facing charges.

The video above is from an earlier story.

A blood test for Angela West showed she was not intoxicated when she was arrested Aug. 20 on suspicion of driving while intoxicated, officials said Wednesday.

West is the wife of Texas gubernatorial candidate Allen West.

West and her husband have insisted that she was not intoxicated when she was arrested that night. West was charged with driving while intoxicated but Dallas County District Attorney John Creuzot did not accept the charge, according to court records.

In a statement, the district attorney's office said it rejected the case after reviewing West's toxicology results "which showed conclusively that there were no drugs or alcohol in Ms. West’s system at the time of the drawing of her blood."

"It is now indisputable Ms. West was completely innocent of any wrongdoing!" Milner said in a statement. "While I have the utmost respect for Dallas Police Chief Eddie Garcia, his officer got this one wrong! She made a mistake. A big one!"

The night of the arrest, the Dallas police officer who made the arrest wrote in an affidavit that West was driving between the right lane and shoulder of the road without a turn signal. The officer initiated a traffic stop, and after West stopped, the officer looked into the car and saw a 3-month-old baby sitting in the back in a car seat, according to the affidavit.

The officer, according to the affidavit, said that West's eyes looked "bloodshot red” and, after the officer asked West to step out of the car, she failed a field sobriety test.

After West was placed under arrest, the officer looked inside the SUV and saw a McDonald's cup in the console which smelled of alcohol, according to the affidavit.

The Dallas Police Department released a statement Wednesday saying that due process is guaranteed to everyone and Mrs. West is no different

"The officer made her decision based on the information available to her at that time," the department said. "The purpose of addressing the media and releasing the video footage of the suspected DUI arrest of Mrs. Angela West was not to prove guilt or innocence, but to show the interaction between the officer and Mrs. West because of the accusations regarding the encounter."

The department said it respects the decision of the district attorney.

On Aug. 23, Dallas police released the body camera video and Chief Garcia held a news conference. Garcia said that he saw the vehicle driving erratically and that he supported his officer for believing there was probable cause in the arrest. He said in the arrest videos that he saw a courteous and professional officer.

"No police chief can sit idly by while his officers get falsely vilified," Garcia said. "False misrepresentations about my officers cannot go unchecked. They work too hard and they sacrifice too much."

Police and West's accounts of what happened that night have differed. WFAA has provided the roughly 19-minute video, which was edited down from the two-hour encounter by the Dallas Police Department, to provide additional context of what happened between West and the arresting officer.

Angela West said on Sunday, Aug. 22 that she only had water and lemonade at a dinner before her arrest and that she had not been drinking alcohol or taking drugs, according to a statement on her Facebook page.

Garcia also said the department did not test the contents of the cup. Her attorney said that there was no alcohol in the cup.

“My client is adamant there was no alcohol either in the cup at that time or any time in the past. There was none,” said Todd Shapiro, one of West's defense attorneys. "It was a cup from McDonald's. She got an orange drink from McDonald's earlier in the day and they left the cup in the vehicle."

After the district attorney's office declined to charge Angela West, her husband again demanded an apology.

"I stand by my assertion that a full apology to my wife Angela is warranted," Allen West tweeted. "As well, the full unedited body cam video should be released by the @DallasPD @DPDChiefGarcia to the press and the public. My wife’s honor and reputation should have never been assailed."

I stand by my assertion that a full apology to my wife Angela is warranted. As well, the full unedited body cam video should be released by the @DallasPD @DPDChiefGarcia to the press and the public. My wife’s honor and reputation should have never been assailed. pic.twitter.com/S1BnNXJglU 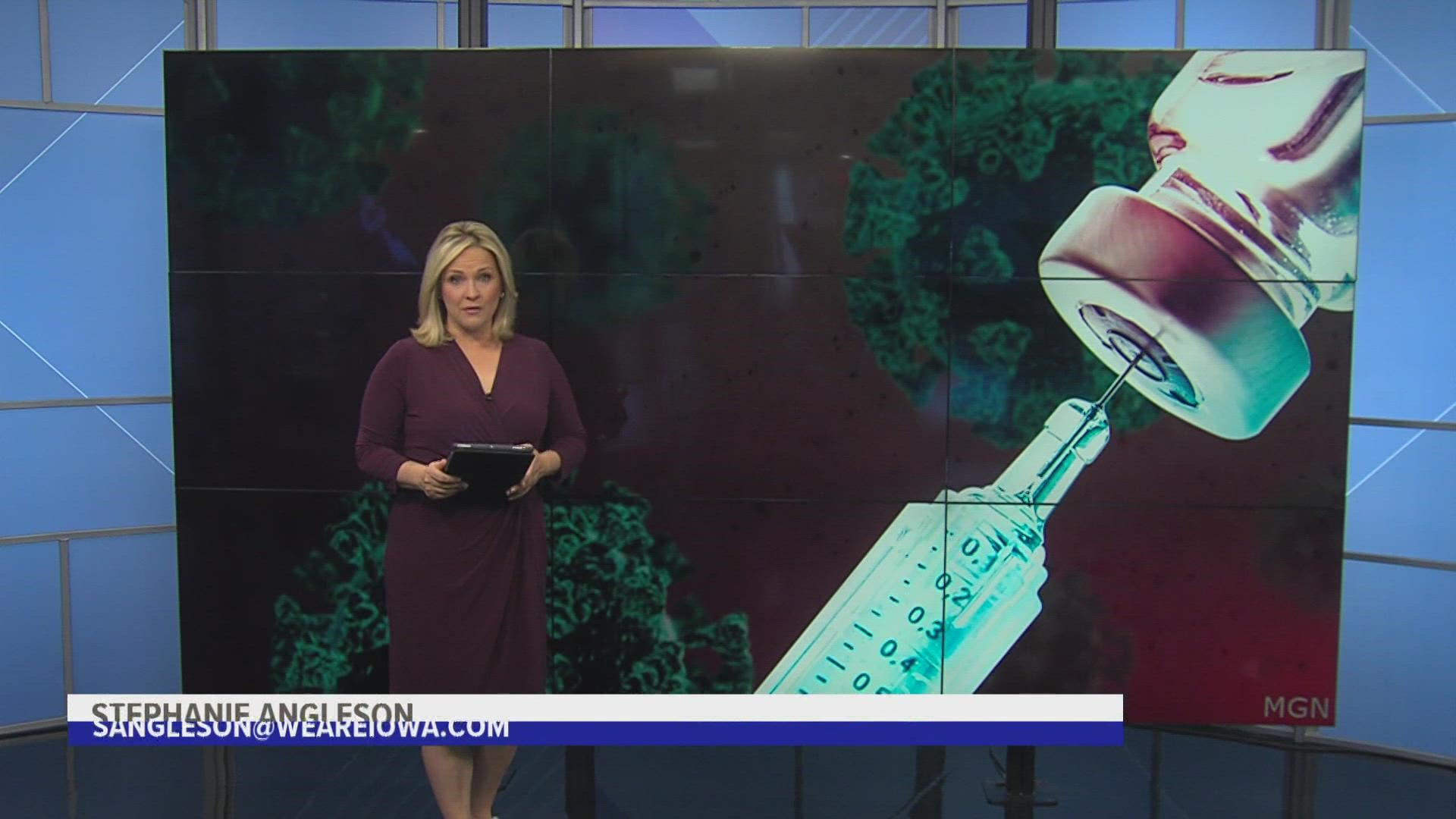