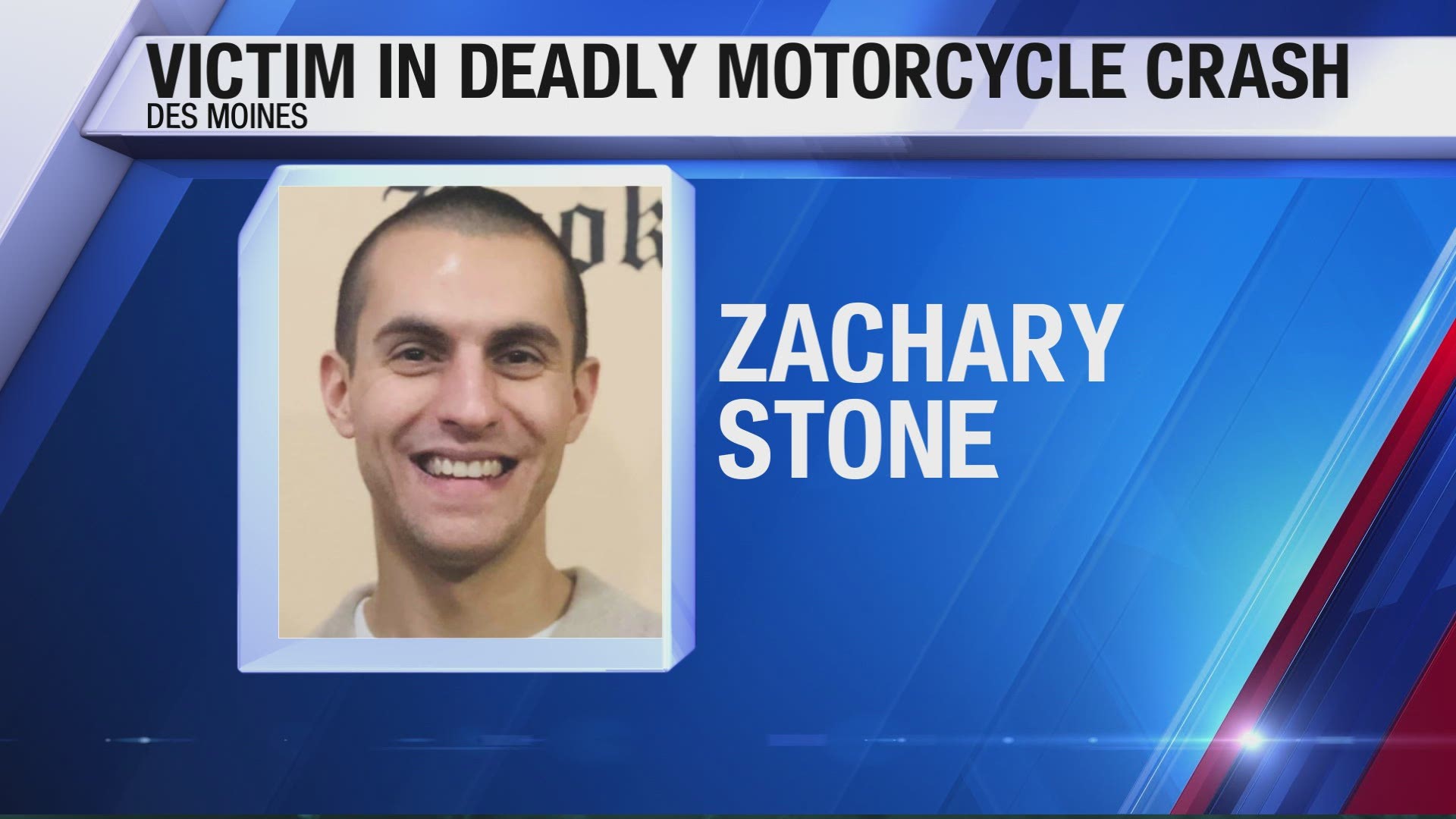 Zachary Stone, 29, of Des Moines is the victim of the accident.

At around 5:45 a.m. Saturday, officers responded to the call of a man's body found near SE 12th Street and E. MLK, Jr. Parkway.

Officers said there were "obvious signs of significant traumatic injury" to Stone. They later found his crashed motorcycle "several hundred feet away" from the his body.

The DMPD Traffic Unit continues to investigate the crash. Evidence indicates excessive speed and reckless driving as significant contributing factors to the crash.