MADRID — In 2015, Local 5 documented the trip of a lifetime as dozens of veterans aboard the Boone County Freedom Flight made their way to our nation’s ca... 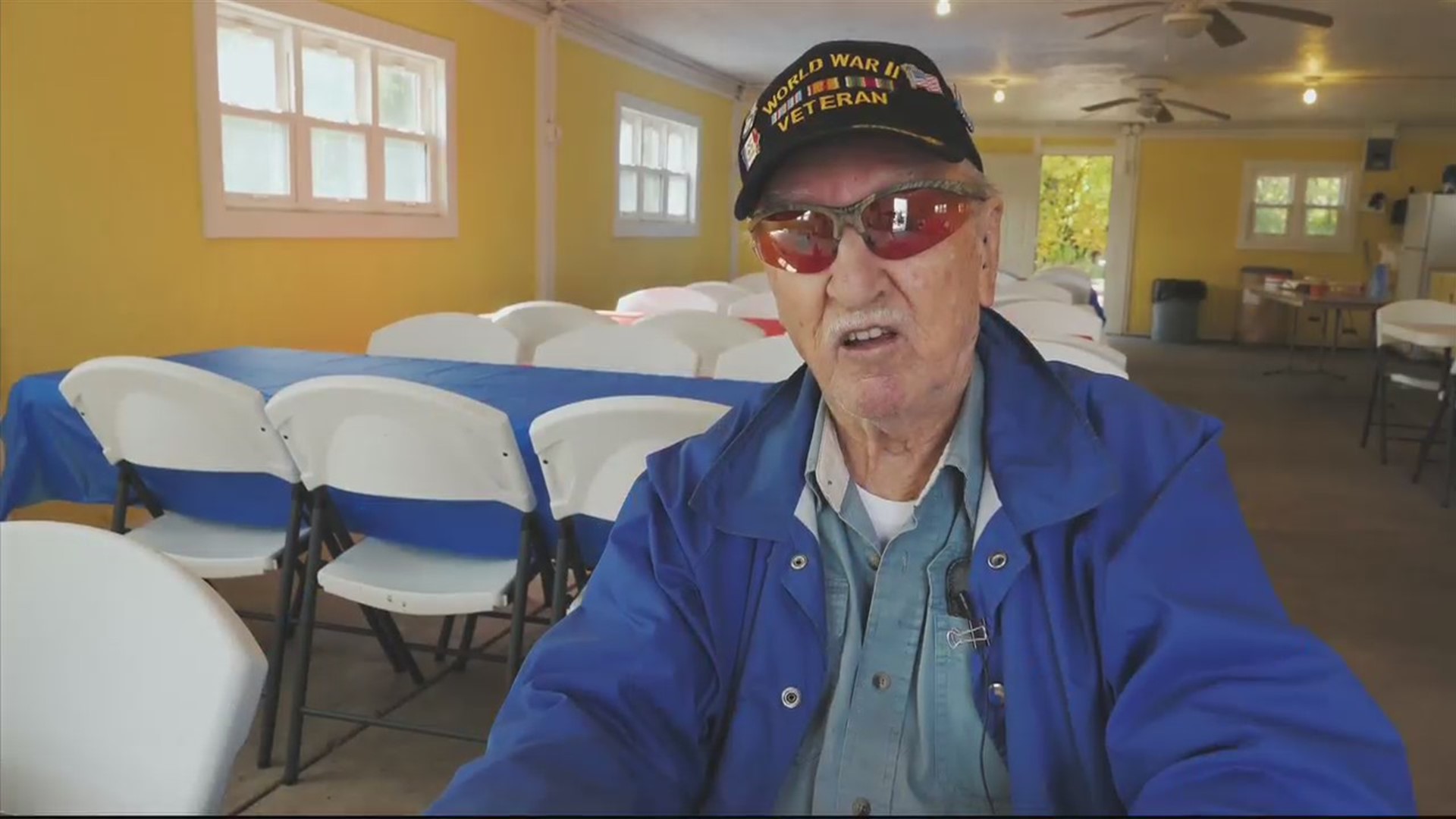 MADRID — In 2015, Local 5 documented the trip of a lifetime as dozens of veterans aboard the Boone County Freedom Flight made their way to our nation’s capitol to see the memorials dedicated to their service.

One of the veterans profiled in the story was Clifford Robinette.

Robinette served in the Navy as a top-tier gunner during World War II, and was the oldest member of the group. Robinette, 96 years old at the time, recalled what his time at war was like.

“It was a time of great fear,” Robinette recalled as he took in the sights at the WWII memorial. “I feel like I’m on hallowed ground like Abe Lincoln said at Gettysburg.”

Local 5’s Elias Johnson was invited by Clifford’s daughter, Barbara, to surprise her dad Saturday at a special party to honor his 100th birthday.

I met WWII vet Clifford Robinette when he was 96 aboard the Boone Co Freedom Flight to DC @weareiowa5news. Today I was invited to attend his surprise 100th birthday party. His secret to life: Faith, keep your body, mind active & always finish everything on your plate! pic.twitter.com/XeFnZ98RIB

“Oh my gosh!”, Clifford responded as soon as he saw a camera rolling inside the shelter at Swede Point Park in Madrid.

So, what does Robinette say is the secret to making it to the century mark?

“Well, you gotta have faith,” Robinette said. “Then, you have to stay active with your body, mind and spirit. That way, there can be healing … There’s an old saying … you’re only as old as you feel.”

And how does Robinette feel?

“I feel pretty young,” Robinette said as he stood up and started dancing. “I used to love to square dance and I can still do it.”