Breasia Terrell: A timeline of events on the missing Davenport girl

It's been nearly six months since Breasia Terrell, a then 10-year-old girl, went missing in Davenport. Here's a timeline of events since her disappearance. 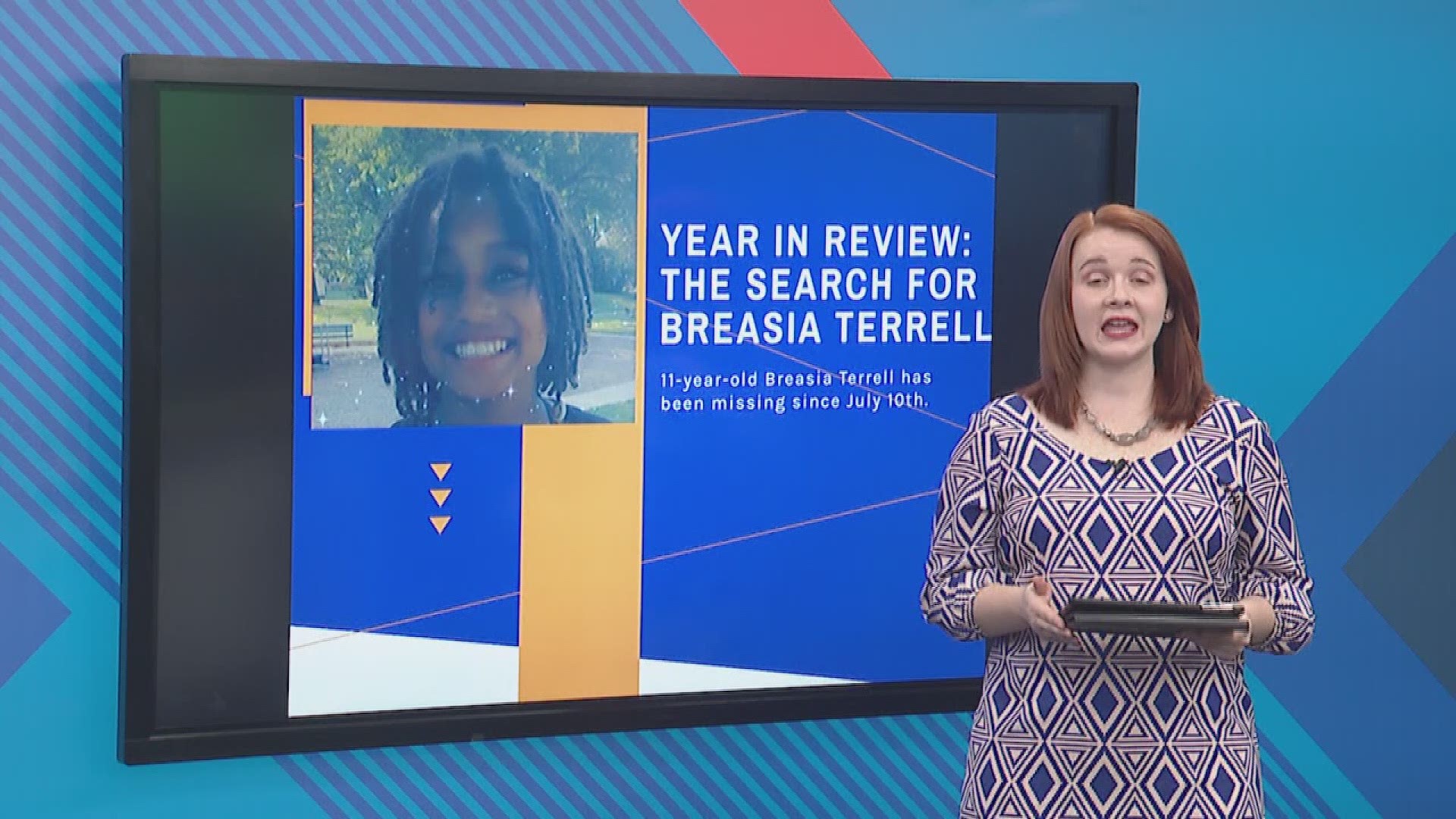 DAVENPORT, Iowa — It's been nearly six months since Breasia Terrell, a then 10-year-old girl, went missing in Davenport.

Here's a timeline of events since her disappearance:

July 9, 2020: Breasia's mother, Aishia Lankford, said Breasia and her half-brother Detorious stayed the night with Henry Dinkins and his girlfriend at their Davenport apartment. Dinkins is the father of Aishia's youngest son Detorious.

July 10, 2020: Breasia was last seen in the early hours of Friday, July 10, 2020 in the 2700 block of East 53rd Street. She was last seen wearing a white t-shirt, shorts and flip-flops. The Davenport Police Department searched Credit Island as Aishia Lankford, Breasia's mother, said her daughter was last seen near there.

July 14, 2020: After days of search efforts by police, Breasia's family and the community, Davenport police officially announced Henry Dinkins was a person of interest in the case and was in custody on unrelated sex offender charges. Davenport Police Chief Paul Sikorski asked the public about Dinkins' whereabouts in the Quad Cities from 10 p.m. Thursday, July 9 to noon Friday, July 10.

July 16, 2020: Since Dinkins is believed to have connections to the Camanche and Clinton, Iowa areas, the search for Breasia is expanded to Clinton County.

July 20, 2020: Dozens of people volunteered over several days to search for Breasia before police called off search efforts with no new updates. News 8 spoke with Breasia's mother, Aishia who confirmed Dinkins is the father of her youngest son, Detorious, who is Breasia's half-brother.

July 25, 2020: Dinkins is wanted in Bureau County, Illinois on two counts of manufacturing and delivering more than two pounds of meth. The reward for information leading to an arrest or tips that lead to finding Breasia is increased to $13,500.

Aug. 5, 2020: Aishia responds to News 8 on questions about her cooperation in the investigation after a Davenport police press conference on July 22. The searches for Breasia are ongoing.

Nov. 14-15, 2020: Breasia's family organized a two-day march in Davenport to continue to raise awareness about the case.

Dec. 4, 2020: Breasia turned 11-years-old. The FBI's Omaha, Nebraska office marked the occasion by tweeting out a call for information and offering a $10,000 reward.

Dec. 10, 2020: Davenport police ensured the Quad Cities community that officers are continuing to investigate and asked for any additional information about Breasia's disappearance from the public.

Davenport police say new information has considerably slowed. Those with any information about Breasia's disappearance are asked to call the Davenport Police Department at 563-326-6125 or to email missingchild@davenportiowa.com.