Four people were transported to the hospital with non-life-threatening injuries Tuesday night. A 24-year-old Des Moines man is charged with a second OWI offense. 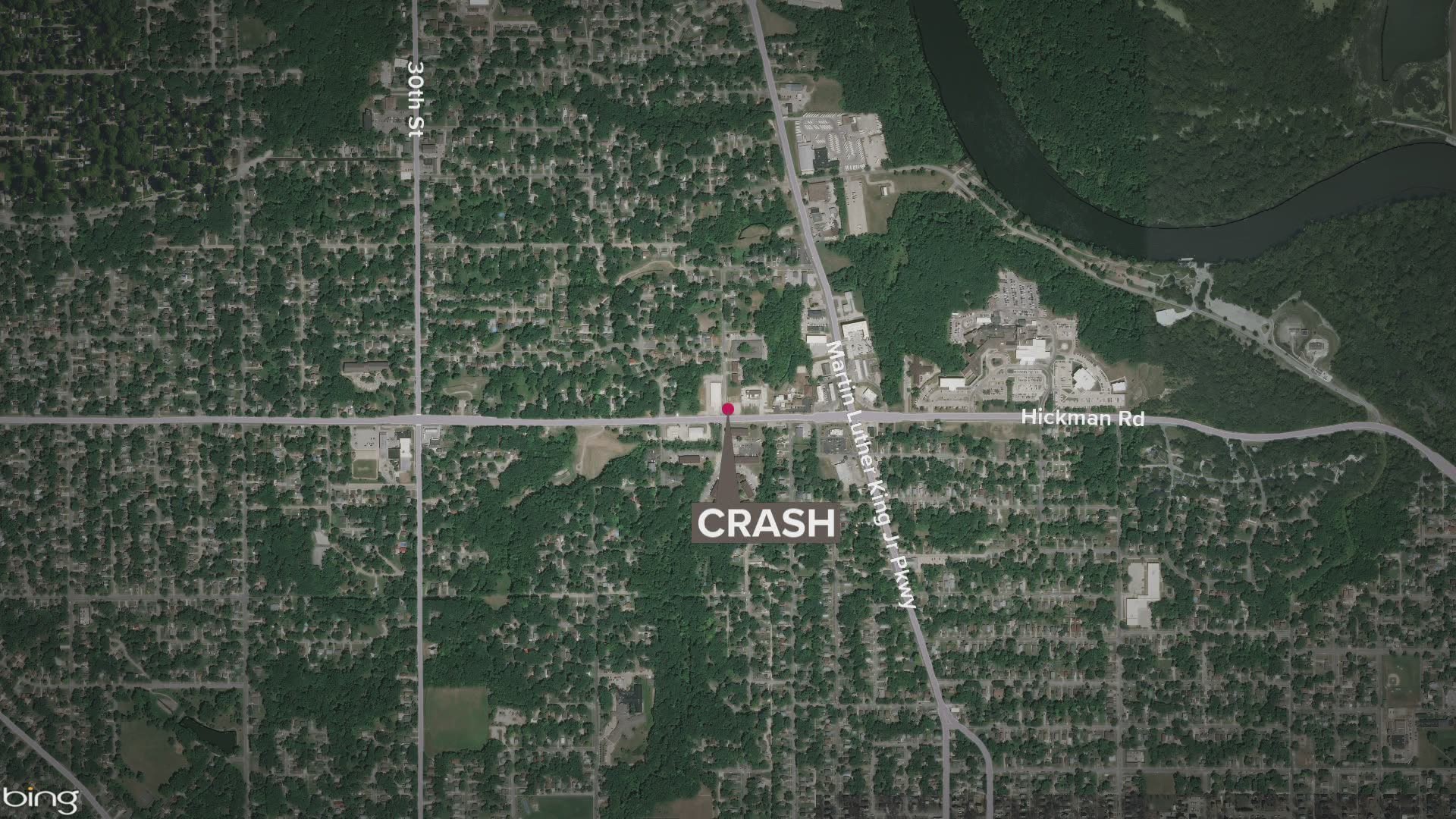 DES MOINES, Iowa — Des Moines Police have arrested and charged a 24-year-old man on four counts, including an OWI, after an accident involving a police SUV on Tuesday sent four people to the hospital with non-life-threatening injuries.

Ibrahim Lugendo, of Des Moines, was charged with OWI 2nd offense and failures to yield upon entering a highway and to an emergency vehicle. Lugendo was also charged with not having a valid license.

The lone officer in the accident, Angel Perez, was driving a marked patrol SUV eastbound on Hickman Road when another car, occupied by Lugendo and an unidentified passenger, pulled out of a private driveway and onto the road.

Police said the vehicles collided, and the car carrying Lugendo and his passenger struck a utility pole before coming to a stop.

Witnesses at the scene said the police SUV had emergency equipment activated and that the other car failed to yield as it entered Hickman Road.

A pedestrian near the crash appeared to have been struck by crash debris, police noted in a release.

Perez has been with the department since 2017.