Bailey Dorr, a sophomore at Carlisle High School, will be attending a virtual camp lead by Tony Award-winning Kristin Chenoweth. 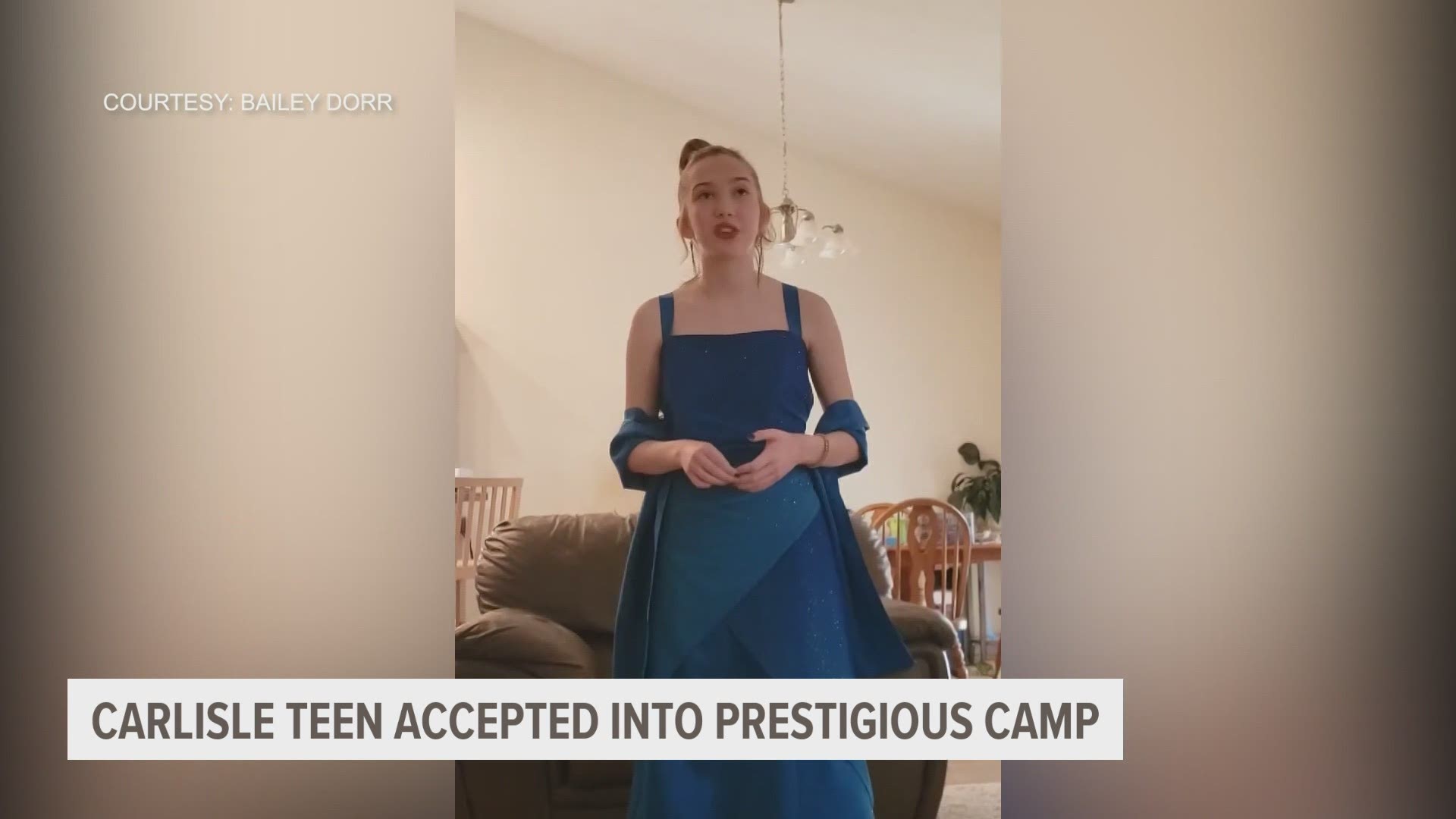 CARLISLE, Iowa — Last year, Bailey Dorr's dreams were all but made when she received a callback (finalist) audition for a summer camp led by one of her role models, Tony Award-winning musical theater star, Kristin Chenoweth.

However, just like nearly every event scheduled for last summer, the prestigious camp for aspiring Broadway stars was canceled.

Bailey was devastated, but she didn't let it get her down for long.

She began putting on a performance for online audiences trapped in quarantine. Taking requests, she belted out favorite musical theater shown tunes, decked out in different costumes, which her mom posted to Facebook.

Now, a year later, Broadway Bailey got the second chance. When she sent in her audition tape to Kristin Chenoweth's Broadway Bootcamp this year, she didn't even need a callback. She was accepted right away.

"I'm so excited!" said Bailey. "It's just awesome to feel like I put in the work and it's finally paying off."

Her mom, Bobbi Jo Dorr, was thrilled as well.

"Every day we'd check our emails, and then finally it was just like, oh my gosh! It says Kristin Chenoweth Camp!" said Dorr, who says they both started crying.

The 2021 camp will be virtual, and Bailey will be among students from 34 states and eight different countries.