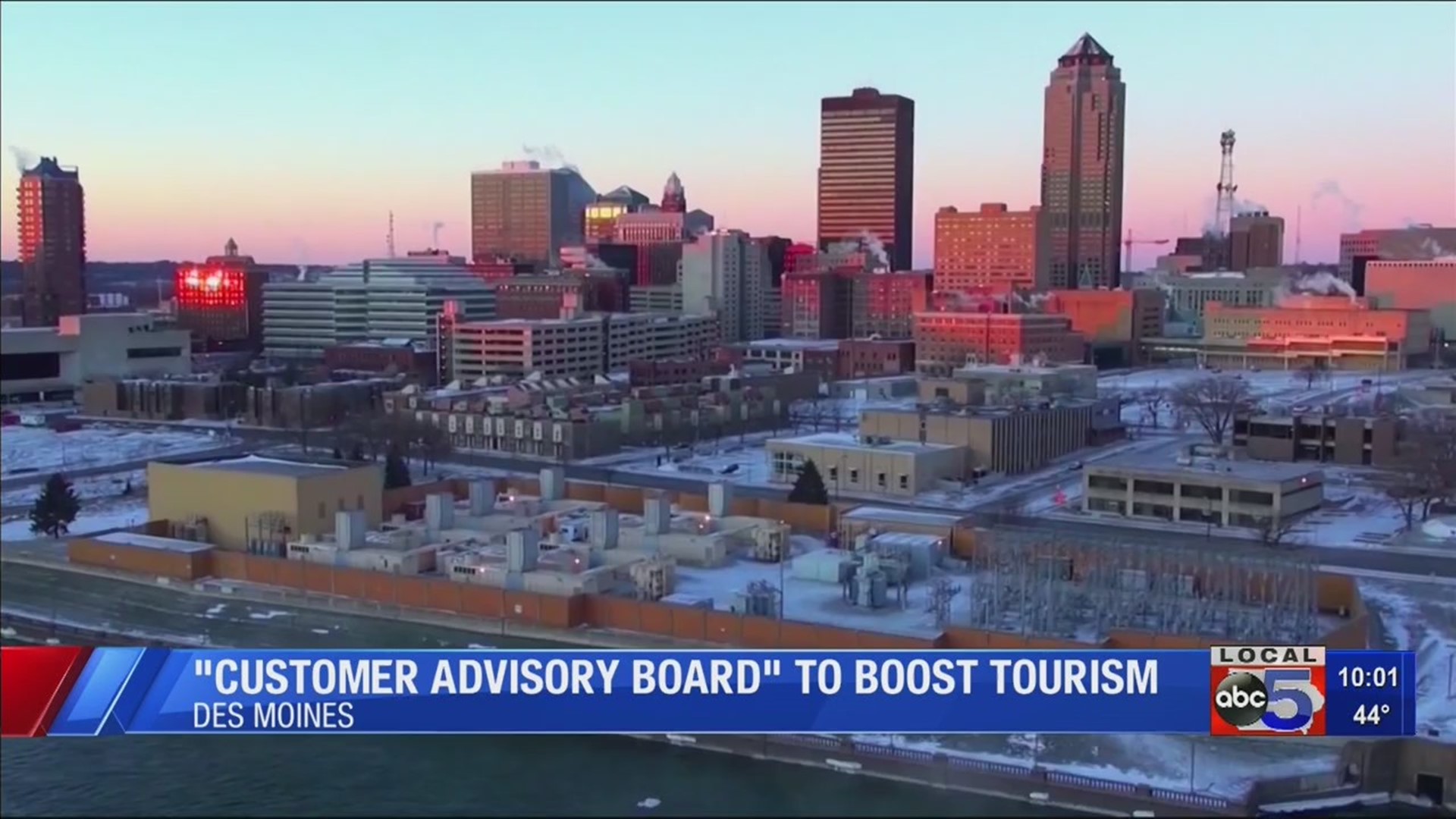 DES MOINES — Catch Des Moines wants to make sure Des Moines is a hot spot to visit all year long, every year–not just during political seasons.

Tuesday, they took a big step in making that happen by inviting convention directors and professional event planners from across the US to give input as a part of their first ever Customer Advisory Board.

CEO Greg Edwards, who’s been with the convention and visitor’s bureau for 19 years, said the think tank at the Downtown Marriott was meant to breed fantastic ideas from experts who will help make the city a more attractive destination.

In recent years, Edwards says Catch Des Moines has had some great successes in bringing big conventions or events to the City, such as hosting the 2019 NCAA basketball tournament. But a select few organizations who used to have meetings in Des Moines have decided to move elsewhere, and he wants to get their business back.

Tonya Cameron, of Ohio, is a consultant for United Methodist Women. She was invited to participate on the Customer Advisory Board when she made a call to the visitor’s bureau to scope out Des Moines for the Methodist Women’s 2022 meeting.

“I’ll be honest, I had the same sort of preconceived notions when you think of, [such as] corn,” said Cameron.

She said her visit to the city changed her mindset.

“I was very impressed with the city that they have a great downtown, so many restaurants, a really vibrant atmosphere,” Cameron said.

However, she said that the next meeting of 7,000 women might need to go elsewhere–at least for now. That’s because she says there just needs to be more hotel accommodations directly linked to the Convention Center.

Edwards says that is one thing they’re considering. He says the 330-room Hilton that opened in March of 2018 was built for expansion.

“[The hotel] is working for a lot of groups; other groups say we need more rooms,” said Edwards. “But we still have 2,500 hotel rooms just Downtown, we have over 13,000 hotel rooms in the Metro area. So we can still host really large conventions.”

Edwards says a major point of feedback from the board was that directors prefer going digital: emails, rather than paper mailings about Des Moines’ offerings. Also, he feels they want to see more entertainment options.

“Restaurants and things for families to do, especially when they’re doing sporting events and things like that, are in short supply within the few-block area of the Iowa Events Center,” he said.

By making the advisory meeting annual, he hopes to win back business and tourism.