To make sure the shelter did not become a virus hotspot, Central Iowa Shelter & Services started moving some occupants into public or private housing. 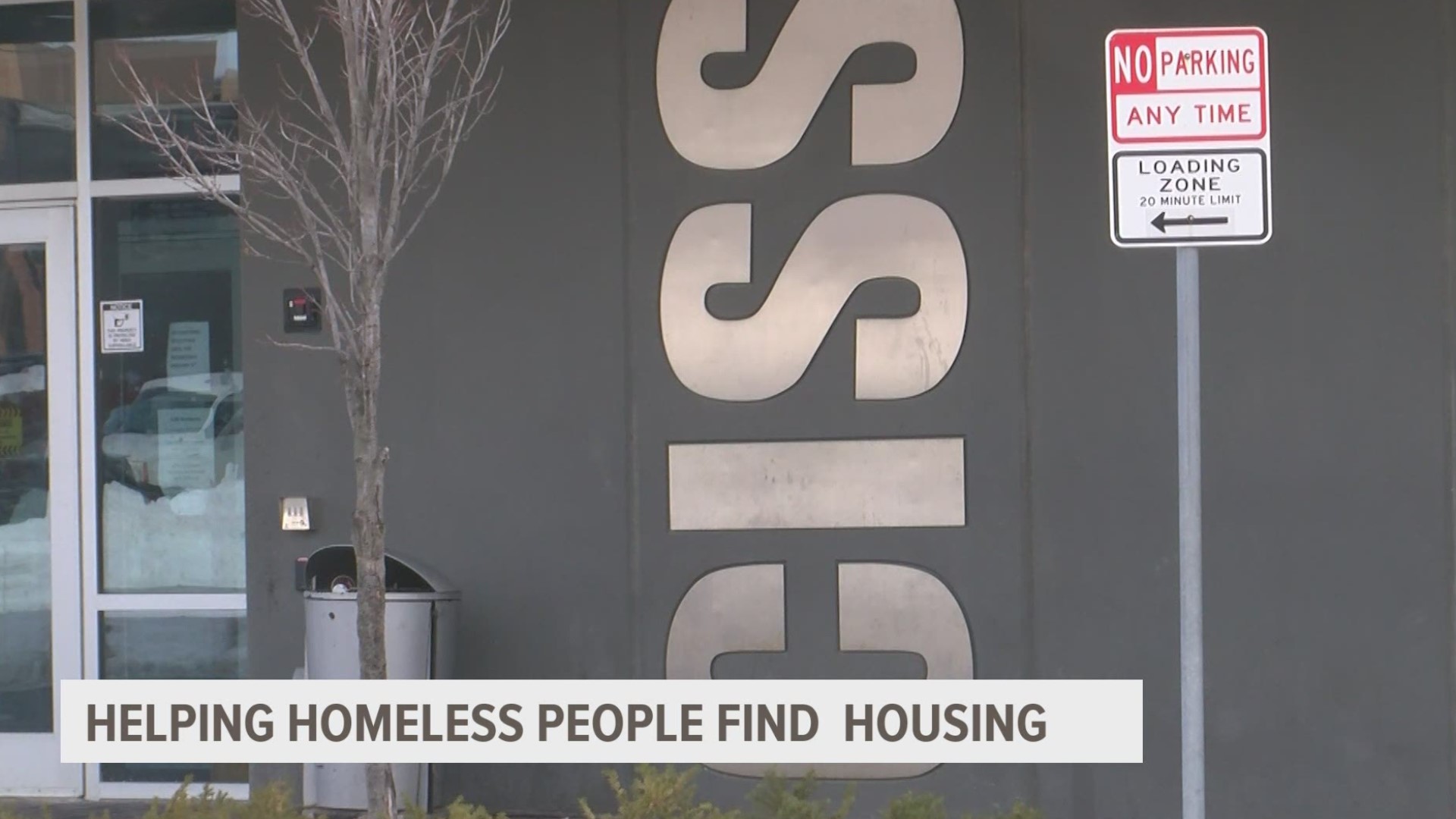 DES MOINES, Iowa — In 2020, many Iowans faced uncertainty about keeping a roof over their heads due to the COVID-19 pandemic.

Central Iowa Shelter & Services in Des Moines helped many out who were facing homelessness, or just became homeless, by finding them places to live.

To make sure the shelter did not become a virus hotspot, officials started moving some occupants into public or private housing.

As time progressed, more people were homeless and showed up at CISS looking for a place to stay. That's when the Rapid Rehousing project was born.

For CISS, Rapid Rehousing is when the shelter and one of its partners like Primary Health help homeless people find new places to live.

"We can help pay a deposit and other community partners that can help pay the first month's rent," CISS Director of Marketing Melissa Gradishnig said. "Lots of our folks come into the building with the money to go ahead and get an apartment, they just don't have the relationship with the landlord.

"So, they depend on us to help with that part."

For someone to qualify for this assistance, they must have a job or a source of income like Social Security.

However, the shelter's help is now no longer confined to just Polk County.

Amber Tompkins, the director of the shelter's newest program, Rolling Hills Coalition, said it extends to 15 counties east and southeast of the area.

Another one of Rolling Hills Coalition's goals is to help people on the brink of homelessness.

But the majority of its resources are going to rehousing instead of prevention because that the has been so great.

"Right now our prevention is pretty slim," Tompkins said. "I have 65 people on my caseload from those communities and I would say maybe 10 are homeless prevention. The other are all Rapid Rehousing."

Gradishnig and Tompkins both expect to help more people as the months go on.

RELATED: Des Moines family celebrates one year out of homeless shelter, thankful they're safe during pandemic

RELATED: $600 stimulus: What to do if payment isn't received or is less than expected