Johnston is partnering with Ignit Sports and Fitness to construct a 189,000-square-foot recreation complex in the Johnston Gateway. 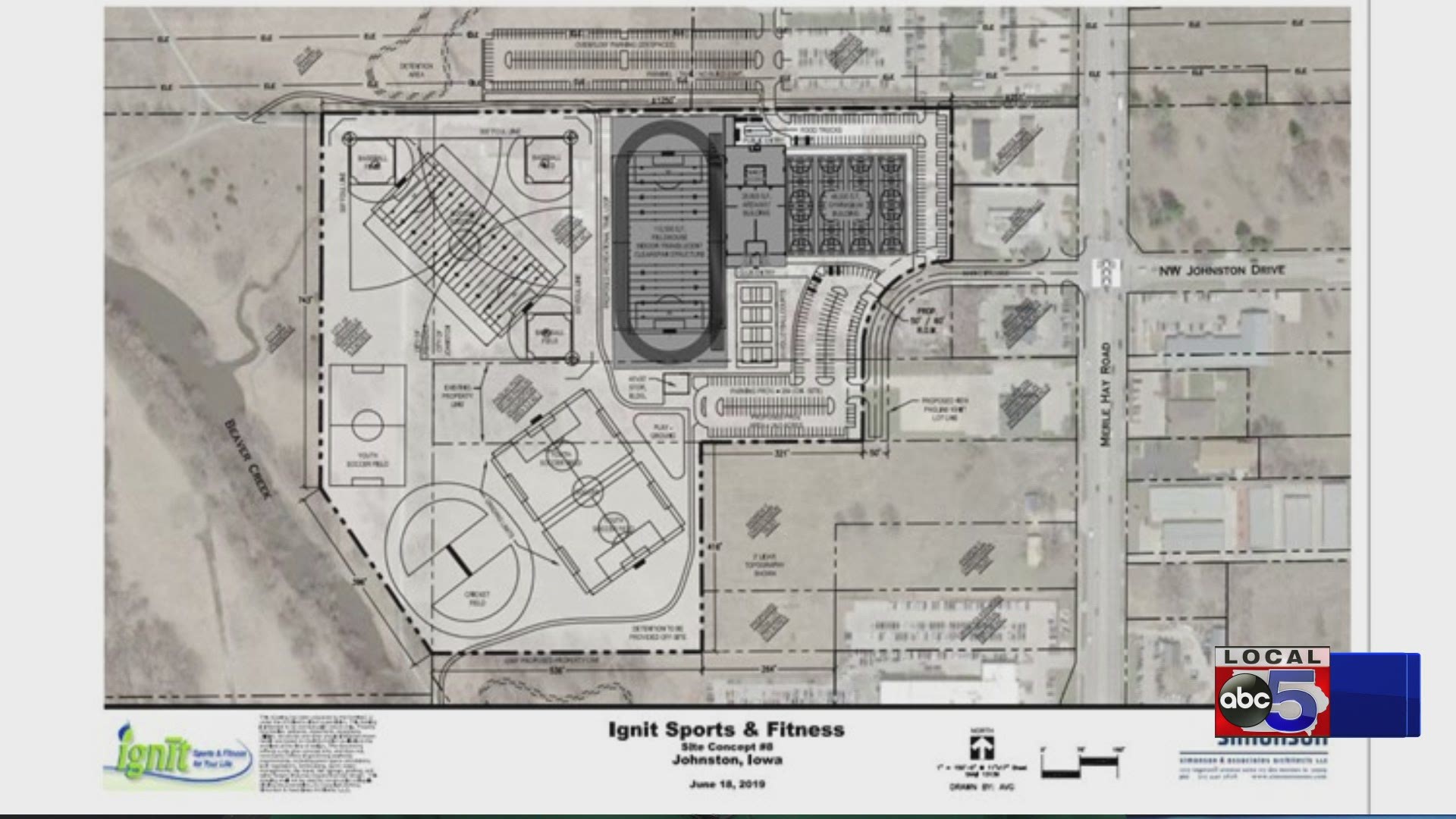 JOHNSTON, Iowa — Iowa's largest indoor track and soccer field will be built in the Johnston through a public-private partnership between the city and Ignit Sports and Fitness, the city announced Wednesday.

The city and Ignit are working towards an "expansive recreation project" in the Johnston Gateway, which is just north of I-35/80 on Merle Hay Road.

The project includes private construction of a 189,000-square-foot, privately-owned recreation complex, according to a news release. The complex is expected to hold Iowa's largest indoor track and soccer field as well as indoor training facilities and a multi-purpose eight court facility.

Ignit plans to build outdoor volleyball courts, baseball fields and a "high-end" soccer field as well. The City of Johnston will begin the planning process for the playground and public outdoor field space on the southern portion of the project site.

Part of it is expected to be the area's first cricket field. Also included are trail improvements and public parking that will serve visitors of nearby Terra Park.

“The proposed collaboration with Ignit greatly expands upon our original vision and provides the added benefit of creating a significant commercial taxpaying business that will be a regional destination and encourage redevelopment of the surrounding area," Johnston Mayor Paula Dierenfeld said in a statement. "This is a project that everyone can get excited about."

Final development plans are expected to be complete by summer 2020. The redevelopment effort includes "significant site improvements" that encompasses six properties. Some of the property was leased to the City of Johnston by the City of Urbandale.

According Dierenfeld, a project like this has been discussed since the City of Johnston's Master Planning efforts for the area in 2014.

The brother duo of Chad and Brian O'Meara, who own Ignit, released the following statement on the project:

“We are very excited about the relationship and the deal with the city of Johnston is moving into a new phase. The project will be fantastic for our business and the community of Johnston. The level of facilities, amenities and programs will prove to be a game-changer for central Iowa. The vision the city has for this stretch of Merle Hey is outstanding and we are proud to be part of it.”

RELATED: What does defunding the police entail?