At least six football teams won't be taking the field this Friday because of the virus. 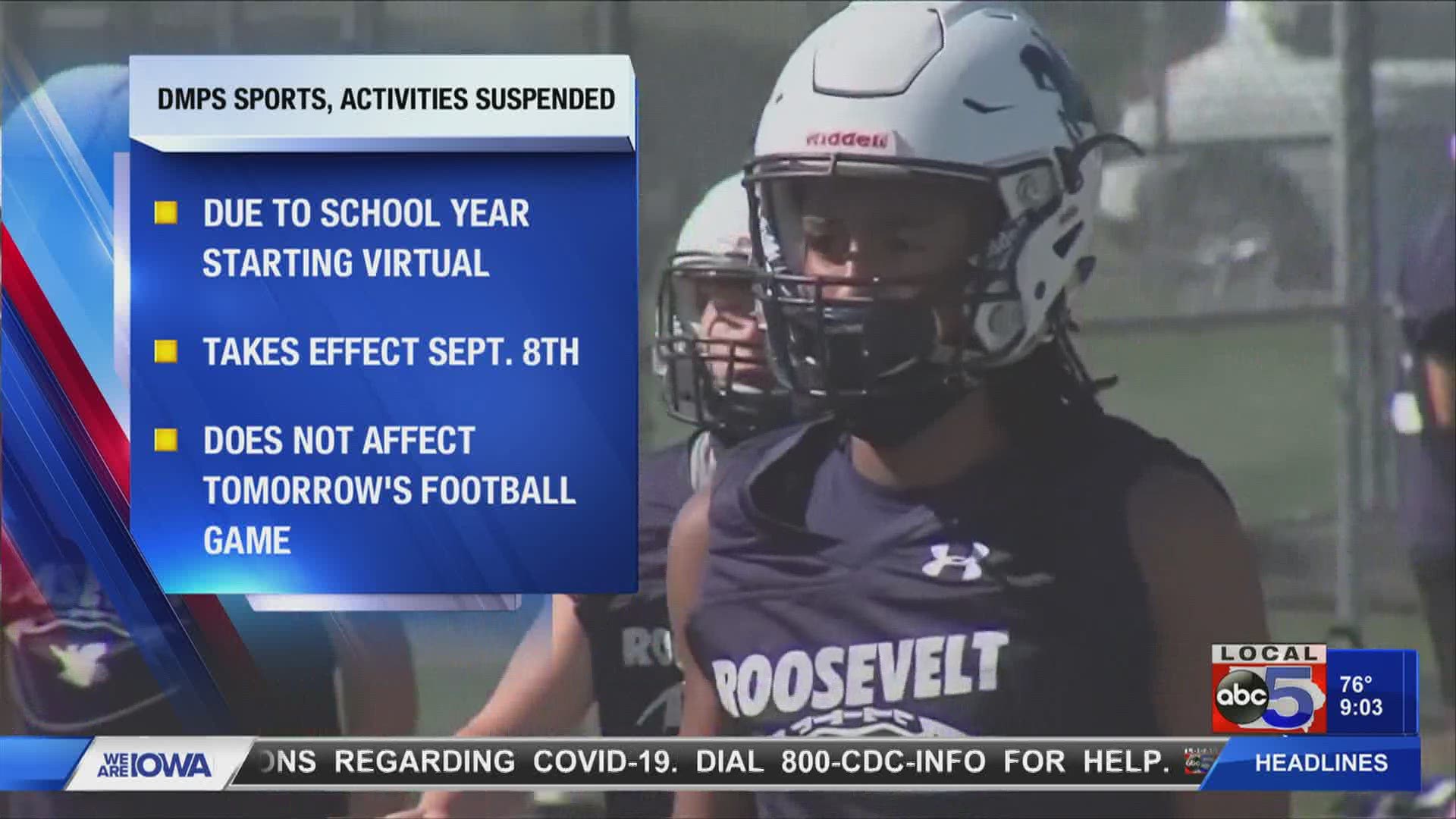 WEST DES MOINES, Iowa — As the second week of high school football gets underway in Iowa, dozens of players across the state remain in quarantine, unable to play because of COVID-19.

Belmond-Klemme players have been in quarantine for almost two weeks after exposures. They missed out on their first and second games of the season.

At Mason City Community School District, high school football players are sitting out this week and next week's game due to a coronavirus exposure on the varsity coaching staff.

On Sept. 3, just a day before the Friday night football game, the Le Mars School District told staff and students about the high number of quarantined players on the football team, and therefore, the cancellation of the week's game.

Charles City high school football's season was also disrupted because of coronavirus, as well as Mid-Prairie and Osage.

The cancellations of games have a ripple effect on the team's opponents. Instead of facing off against Mason City this week, the Fort Dodge high school team will be traveling to Sioux City East High School.

Finding referees to officiate the game has also been challenging with the last-minute changes.

The Ames Community School District will host Urbandale on Friday night for its final game for the next few weeks, as the district has been approved to begin the semester completely online. A select number of fans will be allowed at the game.

Football teams in the Des Moines School District are also playing their final game for the foreseeable future, as the district still plans on starting the school year 100% online despite not getting a special waiver from the Department of Education.

The DE has informed all districts that choose to move instruction completely online must also move extra-curricular activities online, or postpone them altogether if that is not possible.