Police: Pedestrian hit on I-235 near downtown Des Moines dies from injuries, no charges will be filed against the driver

Police said the driver had no time to avoid the crash, so no charges will be filed against them. 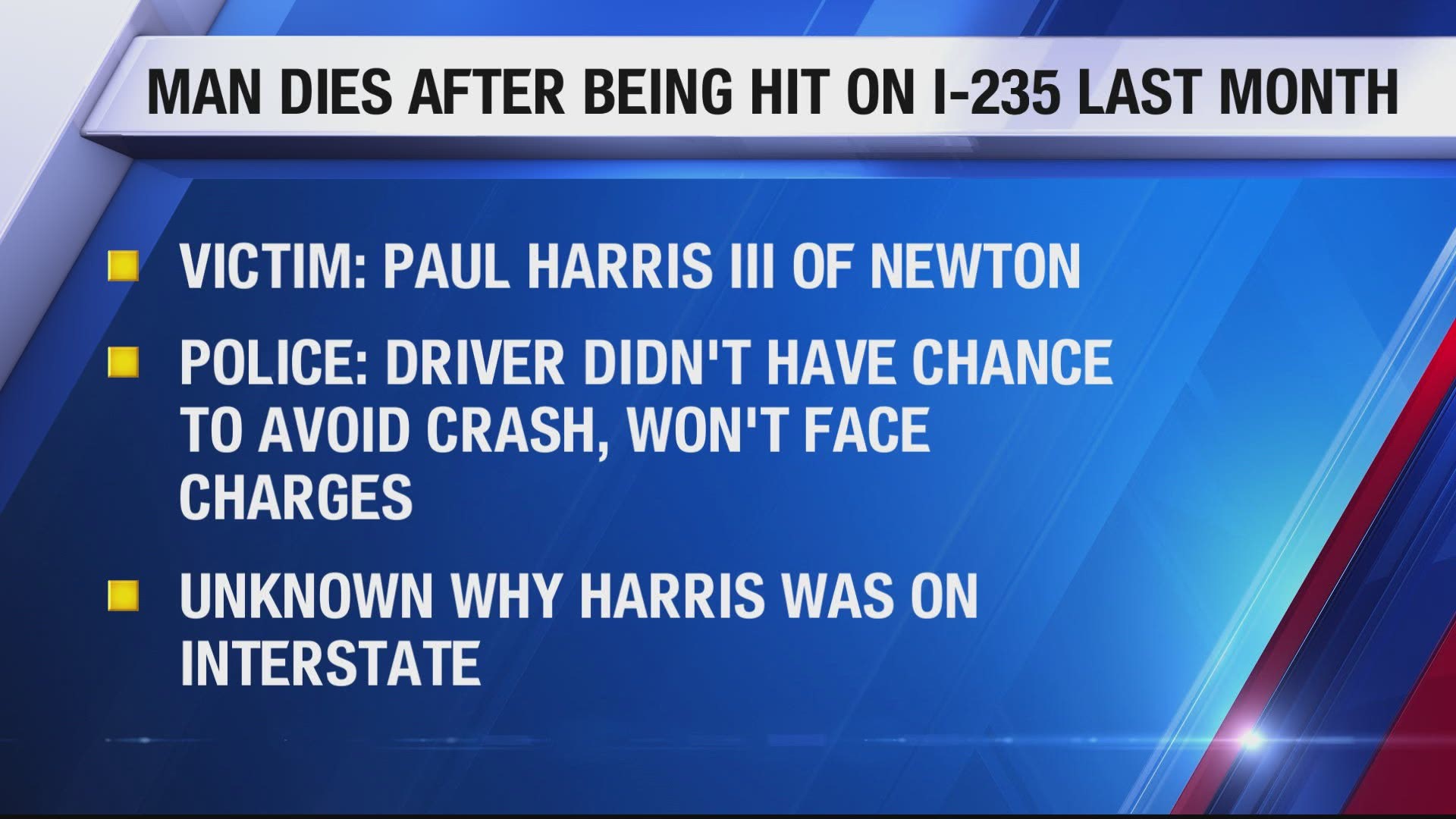 DES MOINES, Iowa — The video above is from the day of the crash.

On Sunday, the Des Moines Police Department said the man struck by a car along I-235 on July 31 has died from his injuries.

Police identified the victim as Paul Leon Harris III, 32, of Newton. They said Harris entered the interstate for no reason when he was hit that afternoon.

Officers responded to the scene just before 4:30 p.m. on July 31 to reports of a man being hit by a car along I-235 eastbound.

Once on scene, officers found Harris suffering from serious injuries. A passenger car getting off at the East 14th Street exit had struck Harris.

Des Moines Fire Department medics transported Harris to a local hospital for treatment. He was in critical condition at the time.

The driver of the car had no time to react to avoid the crash, according to police. No signs of impairment were found, and distracted driving was ruled out.

For that reason, the DMPD said no charges will be filed against the driver.