DART to restore some local routes as pandemic continues

DART currently operates at a 75% capacity, according to officials, and they hope to increase that by August. 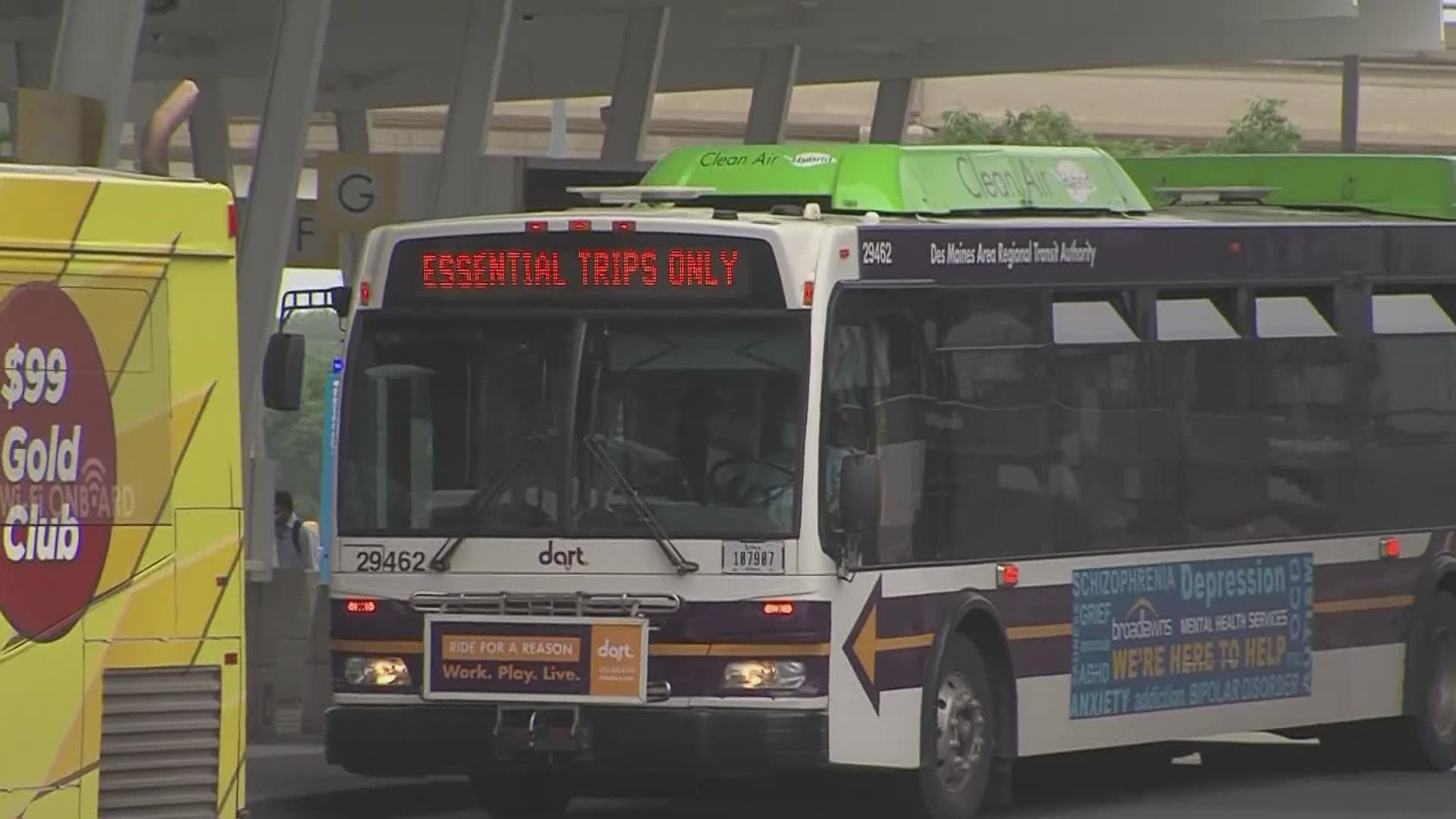 DES MOINES, Iowa — The Des Moines Area Regional Transit Authority (DART) will restore some of their local routes this week after being out of service for months due to the coronavirus pandemic.

Many Des Moines residents rely on DART for transportation. Robert Rasmussen is one of those residents; he relies on the service about five times a week.

Fortunately, his route was largely unaffected when DART scaled their services back by 50%. Not everyone can say the same.

"They have to walk several blocks clear out of their way just to get on a different one," Rasmussen told Local 5's Matt McCullock.

"Our local routes that really see the highest ridership are the ones that we focused on," said DART's Chief of External Affairs Officer Erin Hockman.

DART currently operates at a 75% capacity, according to officials, and they hope to increase that by August.

DART also implemented new safety measures, such as limiting bus capacity to 50% and adding barriers between the drivers and passengers.

The bus system will be charging for fares again on Wednesday.

DART also said that they will make adjustments as needed, meaning they can ramp up or scale back services at anytime depending on advice from public health officials.