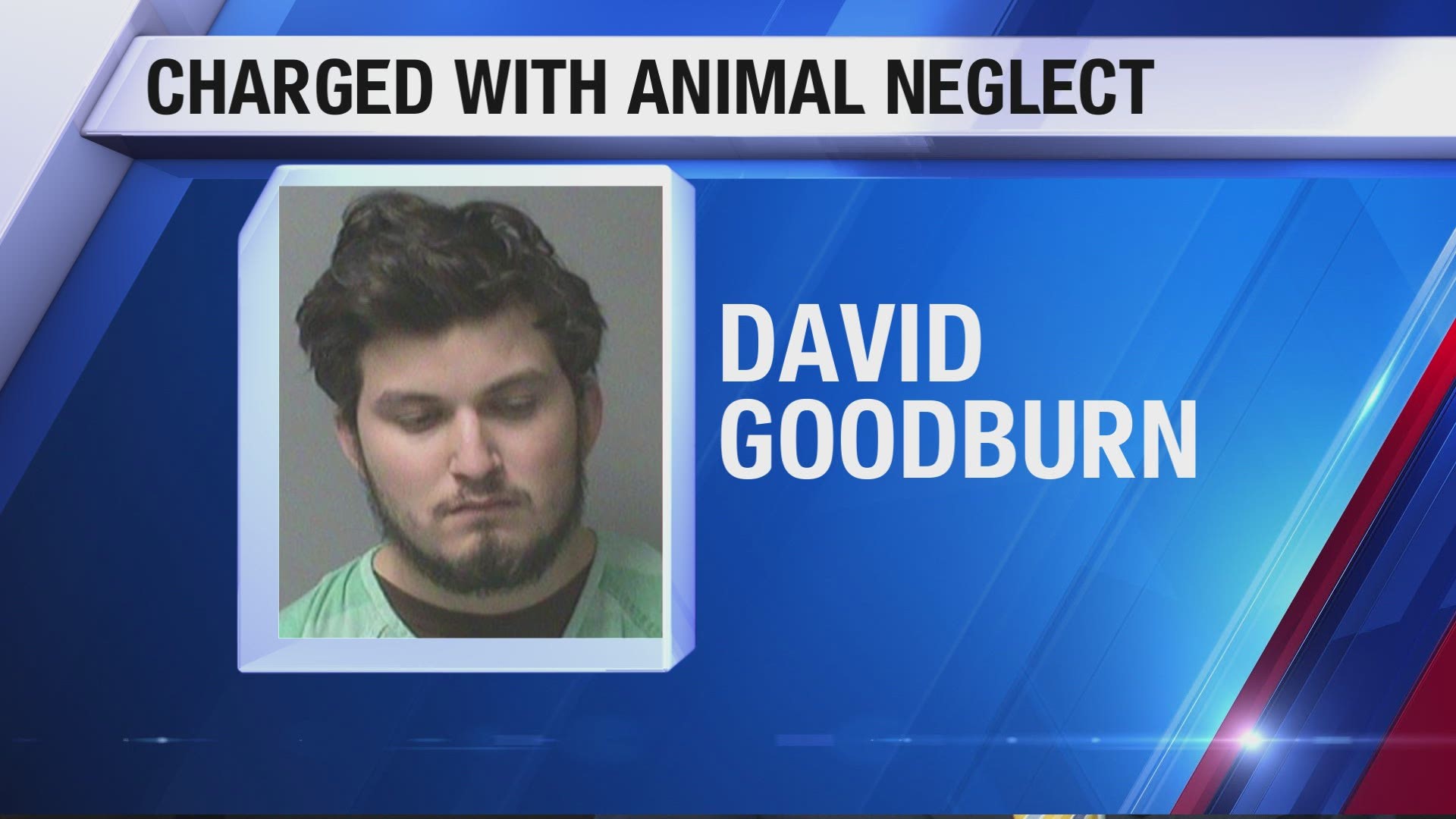 DES MOINES, Iowa — David Goodburn, 21 years old of Des Moines, is currently in the Polk County jail on two charges of animal neglect after two dogs were found decomposing in his apartment.

The Animal Rescue League of Iowa says Goodburn adopted two bulldogs in March and at no point were there any indications the dogs, Nori and Brie, would not be safe.

The criminal complaint also says Goodburn had not checked on his dogs since around the time of the adoption and states there was no food or water anywhere. The power to Goodburn's apartment had also been terminated in January.

Under current Iowa law, animal neglect is an aggravated misdemeanor. Before the Iowa Legislature recessed due to the COVID-19 pandemic, the Iowa Senate had passed House File 737, meant to strengthen Iowa's animal abuse laws.