29-year-old Quntonio Herron is being held at the Polk County Jail. 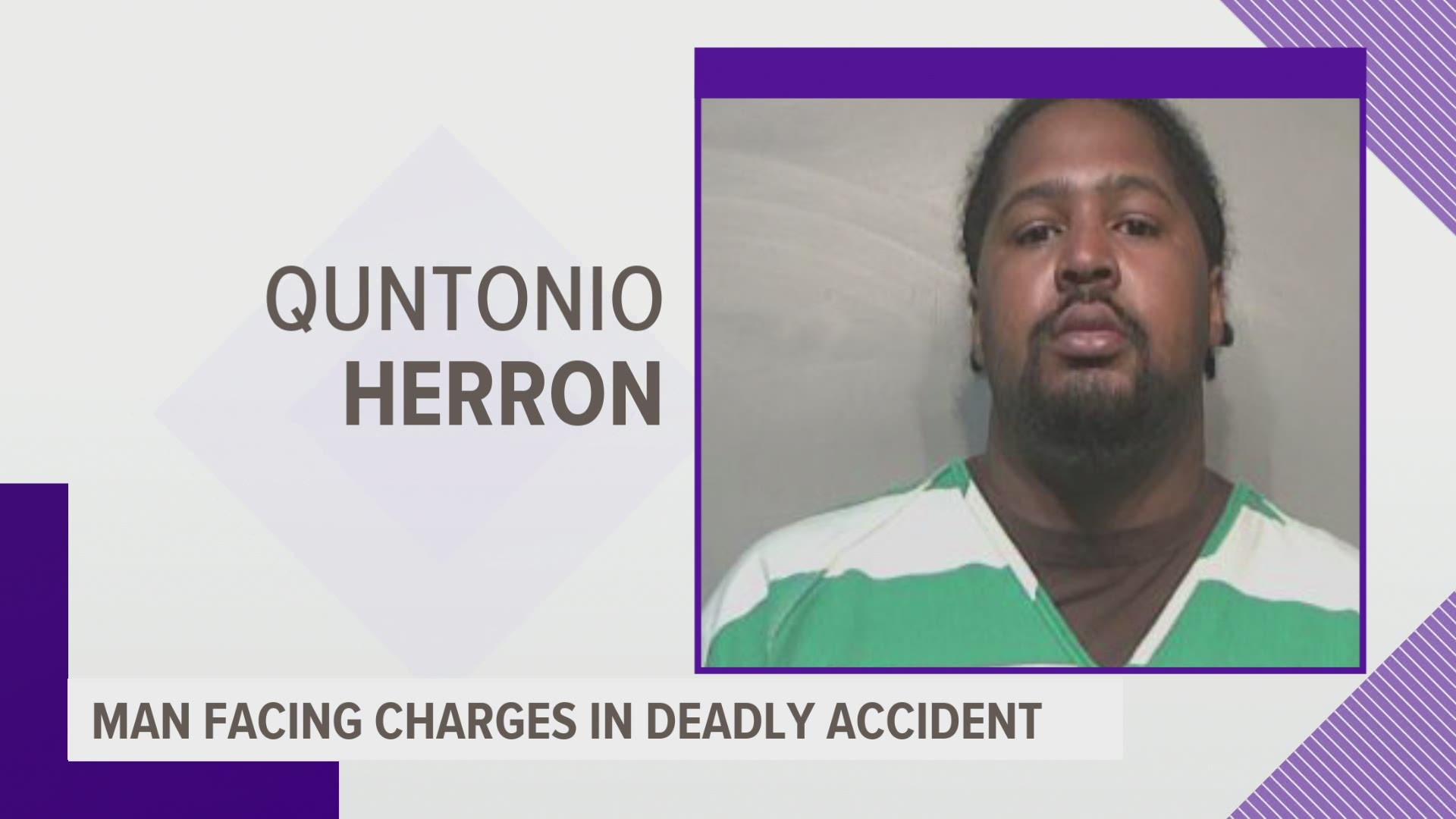 Police announced Friday they have charged 29-year-old Quntonio Herron of Des Moines with:

He is being held at the Polk County Jail.

Police say three vehicles were involved in the crash around 8:30 p.m. Tuesday: a car and two motorcycles.

There were three people riding the motorcycles, according to Sgt. Paul Parizek.

The female driver of the second motorcycle, 46-year-old Stacey Coles-Behle, is hospitalized in serious condition.

The occupants of the car ran from the scene, according to witnesses, but only Herron has been charged so far.

Parizek told Local 5 this week people need to be aware of motorcyclists and bicyclists as the weather gets warmer this spring.

"It's something we haven't seen on the roads for a long time. They're going to be back out if the weather gets nice," Parizek said. "We all need to take that extra second to maybe stop and take an extra look."

Police said in a Wednesday release:

"Witness statements, and preliminary examination of evidence at the scene, indicates that the passenger car, a 2016 Mercedes Benz, involved was traveling northbound on E. 14th Street at what appeared to be a high rate of speed. The two motorcycles involved were southbound on E. 14th Street and turning eastbound on Washington Avenue. The Mercedes Benz struck the motorcycles within the intersection. The Mercedes Benz continued northbound until it crashed into a utility pole, shearing it off at the ground, and came to a stop."