'Pray it never happens again': Farmers may pick up more than just corn in combines after derecho sends debris flying into fields

This could cause major damage to the machines during harvest. 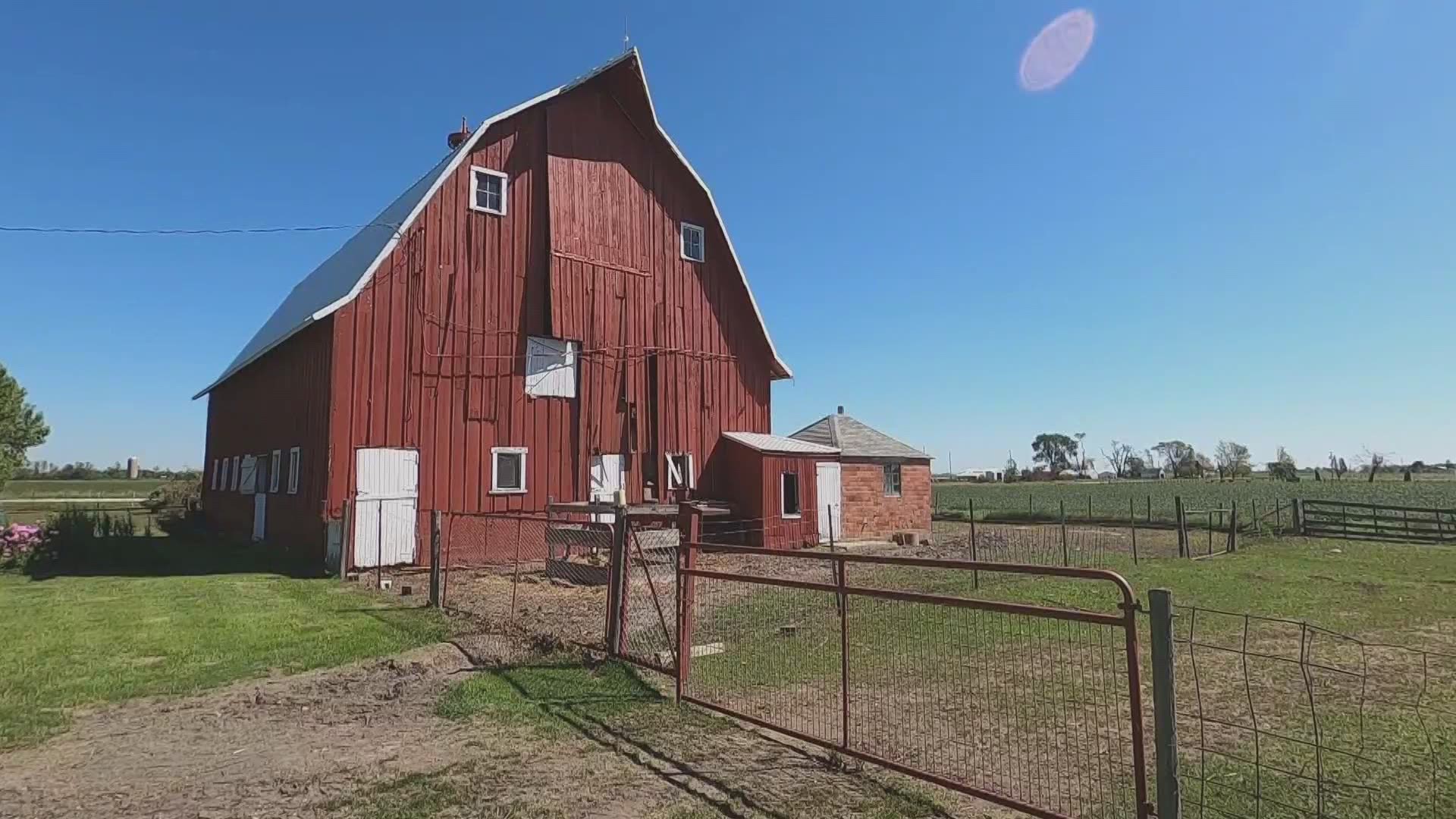 IOWA, USA — It's been a tough few years for farmers, and now, central Iowa farmers have been dealt another bad hand.

The derecho that hit the Midwest on Aug. 10 devastated cornfields across the state.

"I'm not as hopeful as I was a week ago about the corn standing back up," Boone County farmer Morey Hill said. "I've seen the stalks are starting to die, so obviously they got snapped off rather than just blown over. I'm very concerned about what we're going to do for harvest this fall — if we can even harvest that stuff."

Early estimates show one-third to one-half of Iowa's crop was damaged in the straight-line winds, which the National Weather Service now estimates were as high as 140 MPH in the Cedar Rapids area.

Here is an updated wind graphic from the August 10th Derecho for our area. As reports continue to funnel in, updates to this graphic will continue through the coming days. Current estimated max wind speed is at 140 mph in the Cedar Rapids area. #iawx #ilwx #mowx pic.twitter.com/vhRxfMwn04

The debris can now be seen scattered across farm fields.

"It's going to take a lot of observation and being on our game when we get in our combines to make sure we don't get any of the debris in the machines," Hill said.

If they do, it could be a costly mistake that will take time to repair.

Since harvest will already be slow-going this year around central Iowa, that is time many farmers don't have.

The derecho hit after years of trade disputes and a surplus of corn and soy. A combination that has caused prices to plummet.

Hill said he is worried the storm damage will be the breaking point for some.

"I can weather this, but I'm worried about the younger ones that might have a lot of debt and are trying to figure out how to make this work on top of all the damage they've got to fix," Hill said.

If you've been impacted by the storm, Hill suggests reaching out to local commodity groups for help or, of course, calling a neighbor.

"We've all seen people helping people," Hill said. "That's what Iowans do. As far as this 'Hurricane Iowa' thing, there's nothing you can plan for. You just pray it never happens again."