Ruan served as chairman of Ruan Transportation and the World Food Prize Foundation and volunteered with several other community organizations. 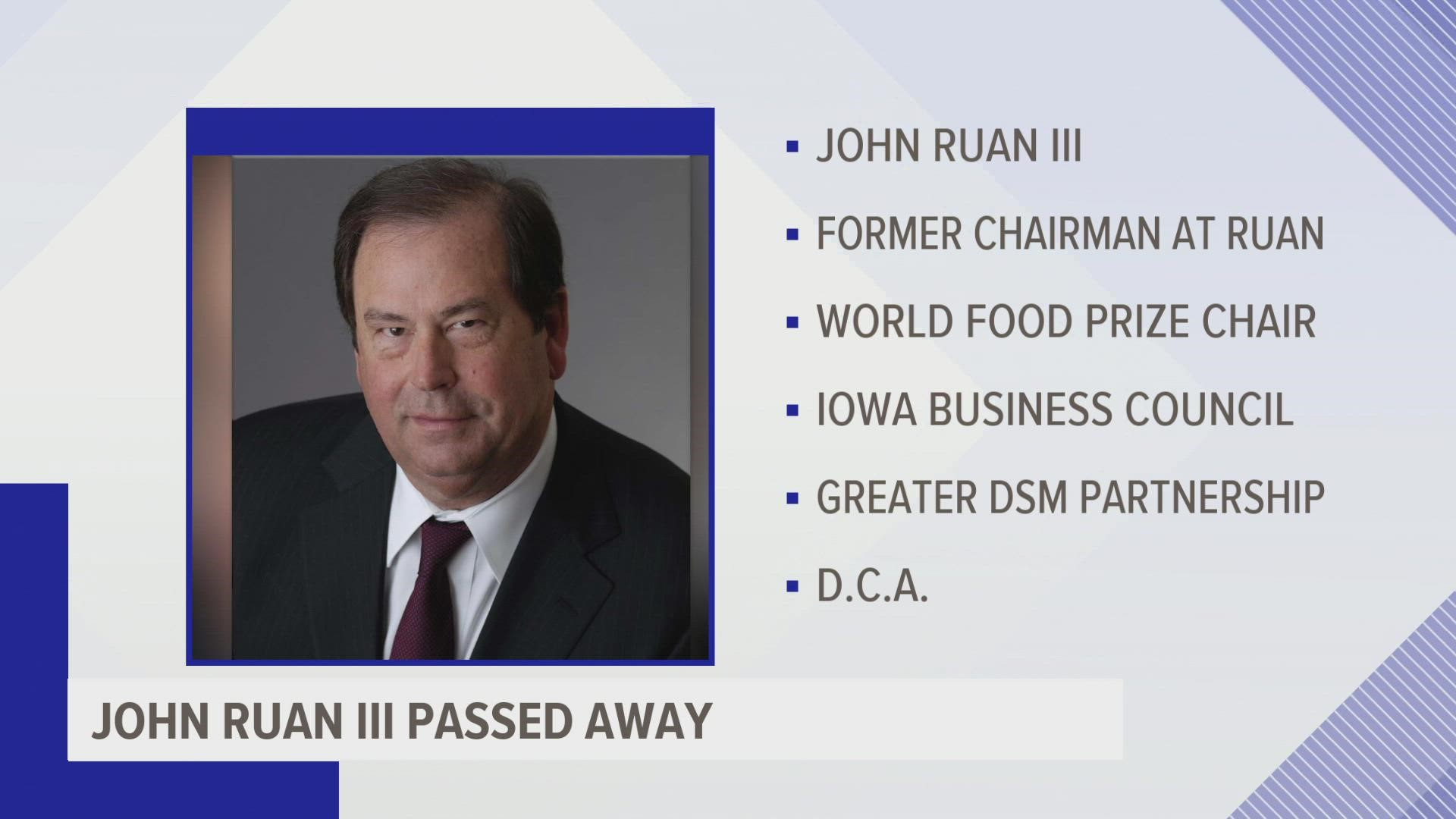 DES MOINES, Iowa — John Ruan III, a Des Moines business man and philanthropist, has died at the age of 78 after a long illness according to the Ruan company.

Ruan was the chairman of Ruan Transportation Management Systems until his son took over in August. The family business started by Ruan's father now employs 5,600 people across the country.

“John was proud of the role our companies play in supporting our communities and thousands of employee families, just as they supported his own family since 1932," said Ruan CEO Benjamin McLean. "We will continue to celebrate and build on his visionary legacy as we reflect on the positive impact that he had on all of us."

Ruan also served as chairman of the World Food Prize foundation and on the boards of the U.S Chamber of Commerce, the Greater Des Moines Partnership, Banker's Trust and several other organizations.

“Few people have had more influence on the Central Iowa community than John Ruan III," said Don Coffin, the CEO and President of Bankers Trust. "While he didn’t enjoy the limelight, Mr. Ruan quietly demonstrated significant business and philanthropic leadership to make our community more forward-thinking and vibrant.

"We join with Iowans from across the state to mourn his passing and recognize his distinguished life of accomplishments and success that will continue to be felt far beyond the borders of our state,” Gov. Reynold's said.

Details about Ruan's memorial service have not yet been released.

RELATED: Proposed plans for Firehouse No. 1: Art gallery, event space and a speakeasy

Watch: Special ceremony outside Iowa statehouse for 20th anniversary of 9-11