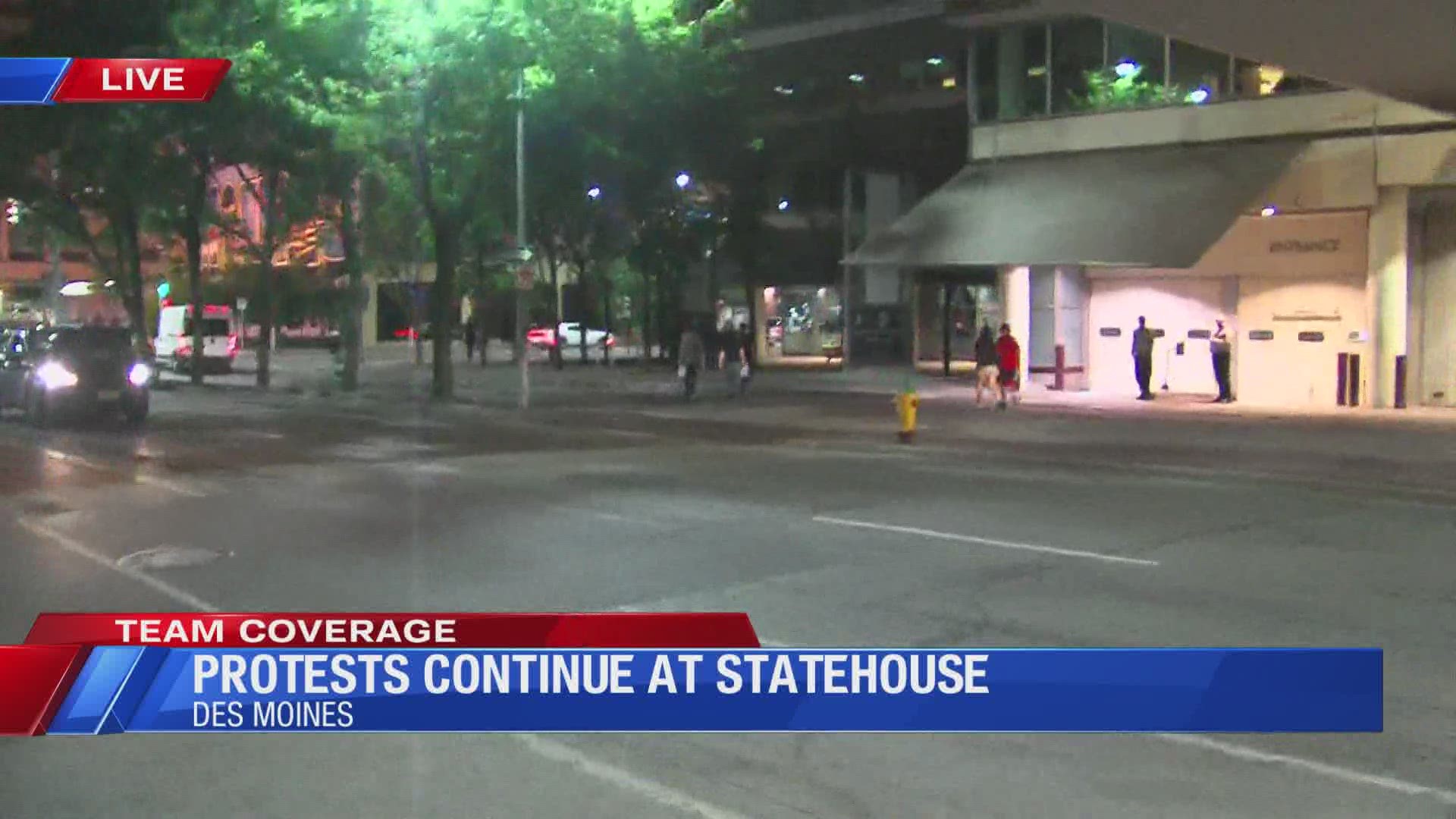 DES MOINES, Iowa — The "Together We Can Make a Change: A Call to Action" rally provided a peaceful event in downtown Des Moines following several days of protests in central Iowa.

As the night progressed, groups have walked around Des Moines, including outside the statehouse, but remained mostly conflict-free with law enforcement.

Derek Chaunvin, a former Minneapolis police officer, has been charged with third-degree murder and second-degree manslaughter.

Gov. Kim Reynolds and other leaders spoke Monday afternoon following a weekend of protests across the city, some turning violent.

Each leader condemned Chaunvin's actions, as well as calling for the violent and destructive protests to end. 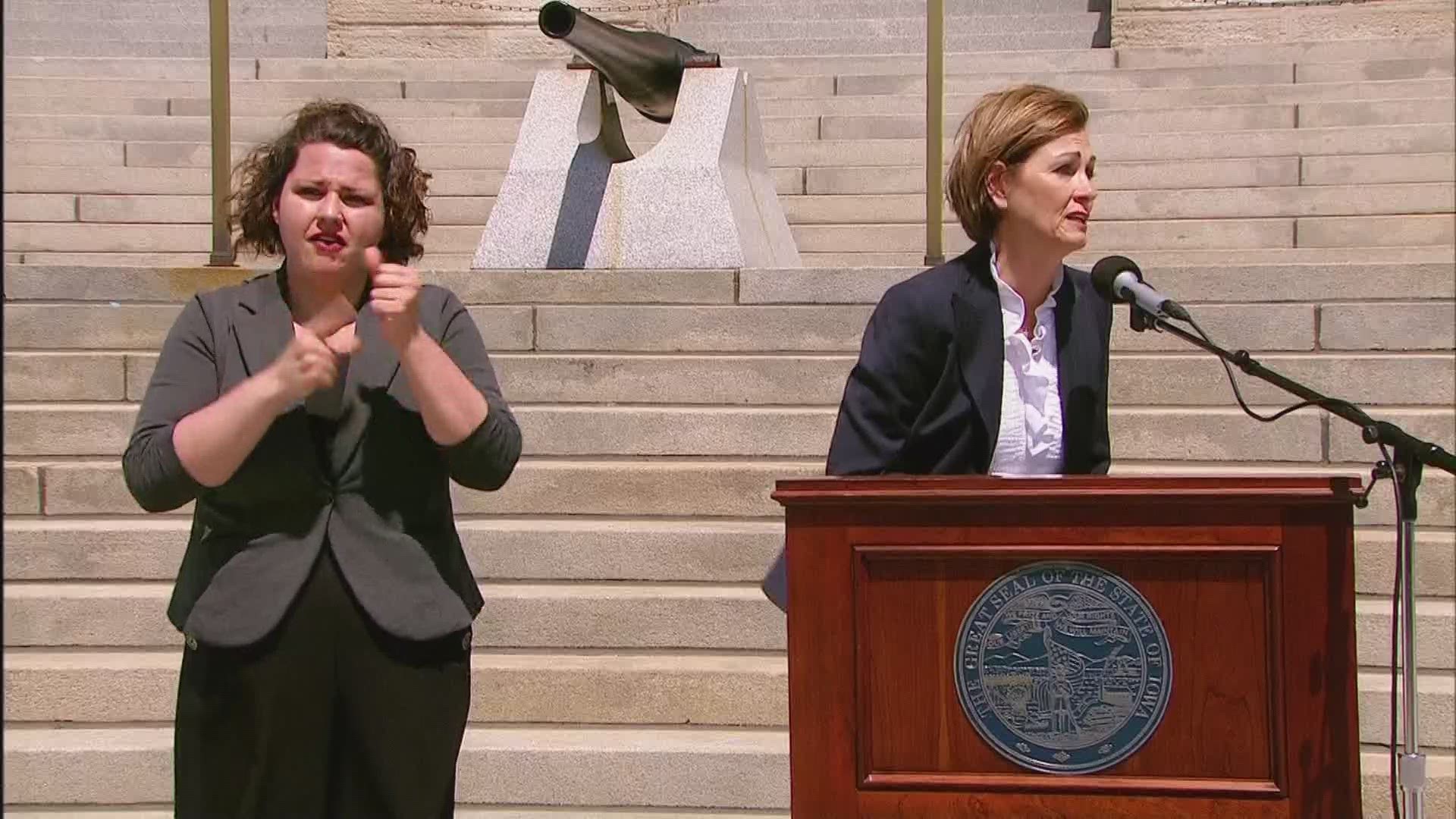 Officials said 95% of the protesters were acting in a peaceful manner.

Hy-Vee announced that its Des Moines area stores would be closing between 5 and 8 p.m. Monday, citing "safety and security" of employees and customers.

Protesting continued into Monday night as protesters stood across from the Des Moines Police Station, kneeling and vocalizing their concerns.