Tensions were high in Des Moines Saturday night, as a peaceful protest escalated in the city

DES MOINES, Iowa — WATCH ABOVE: Local 5 has a crew at the scene of a protest Saturday night in downtown Des Moines.

Protesters peacefully gathered in downtown Des Moines Friday night to stand up amid the death of George Floyd, a 46-year-old black man who was killed by Minneapolis Police Officer Derek Chauvin.  Floyd's death was captured on video.

Chauvin is currently behind bars, but while protesters say his arrest is a step in the right direction, this is far bigger than just George Floyd.

"[Chauvin's arrest] is a start to a process," Cory Williams, who spoke at Friday's peaceful protest, said.  "It's a racist system; and it's systematically set against African Americans.  So if you can get the first step, which is getting them locked up, you still have to keep them in there.  So this fight is not over."

After a while, though, tensions skyrocketed, and an event that has been referred to as a peaceful, powerful and productive protest took a violent turn.

Des Moines Police, decked in riot gear, held off protesters in front of the Des Moines Police Station Friday night, even resorting to using mace and tear gas to dispel the crowd. 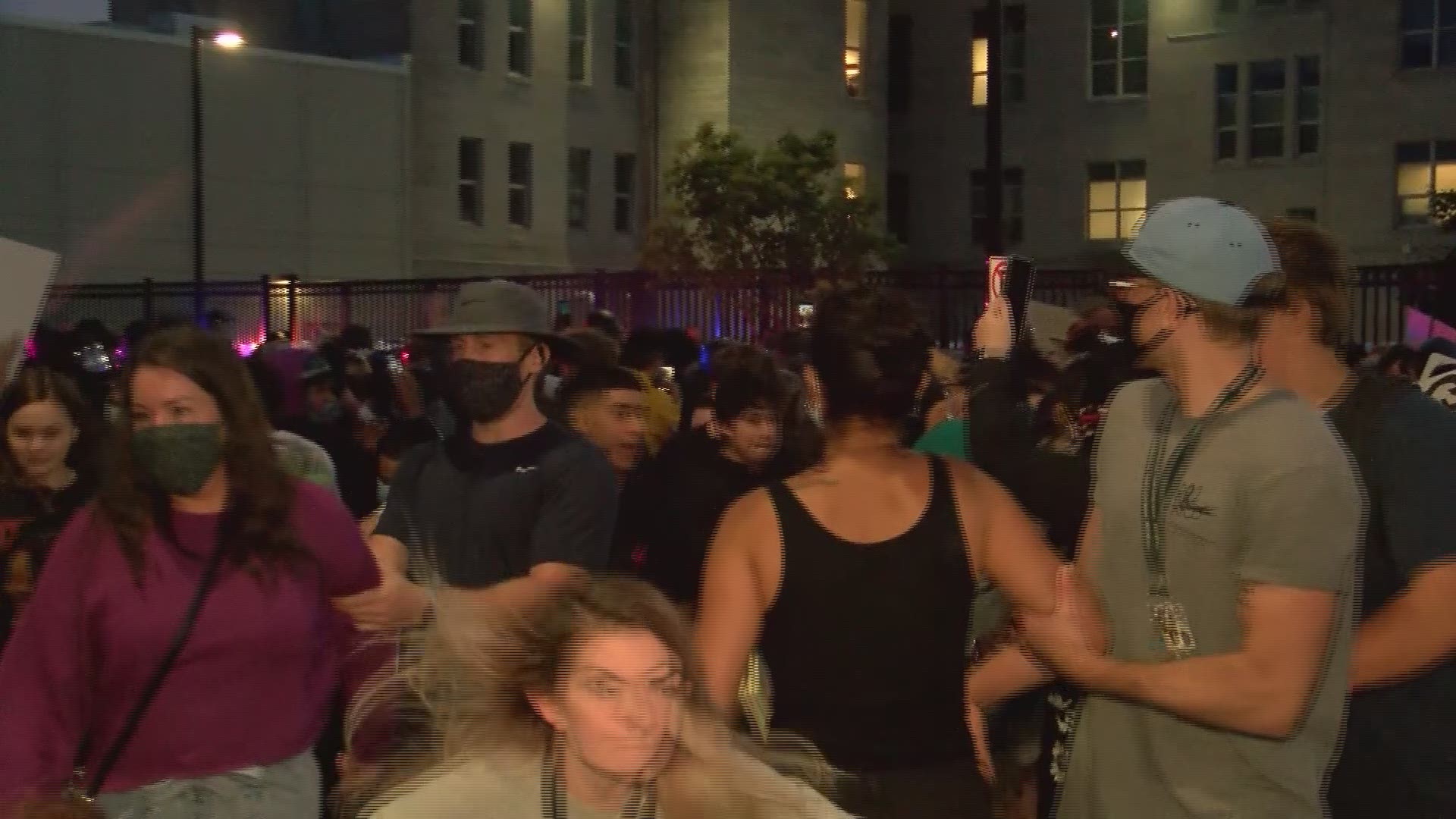 Des Moines Police say they stayed in the police station while the peaceful protest went on, but were forced to intervene after a small group turned violent.

"We took no action until protesters surrounded a police car that was blocking vehicle traffic to allow them safe passage and attacked the officer," DMPD Sgt. Paul Parizek told Local 5.

"From there rocks were thrown (one striking me), bricks thrown, car windows smashed.  Sadly, a small group of deliberate instigators turned a peaceful and productive protest violent."

Des Moines Mayor Frank Cownie echoes that sentiment, saying violence was never the intention of organizers and the vast majority of the people in attendance.

"Like hundreds of Des Moines residents, I attended [Friday] night's rally,"It was peaceful and powerful, as it was intended. It had a purpose," Mayor Cownie said.  "Unfortunately, for some, that wasn't acceptable and they took matters into their own hands."

The downtown location of Hilltop Tire Service, located just down E 2nd from the police station, and some other businesses saw extensive damage dealt amid the violence that ensued.

Thankfully, no one was killed in last night's incident, and injuries were minor.

Peaceful protests continued Saturday, as people continued to speak out on an issue that hits so close to so many people not just in Des Moines, or in Minneapolis, but across the country. 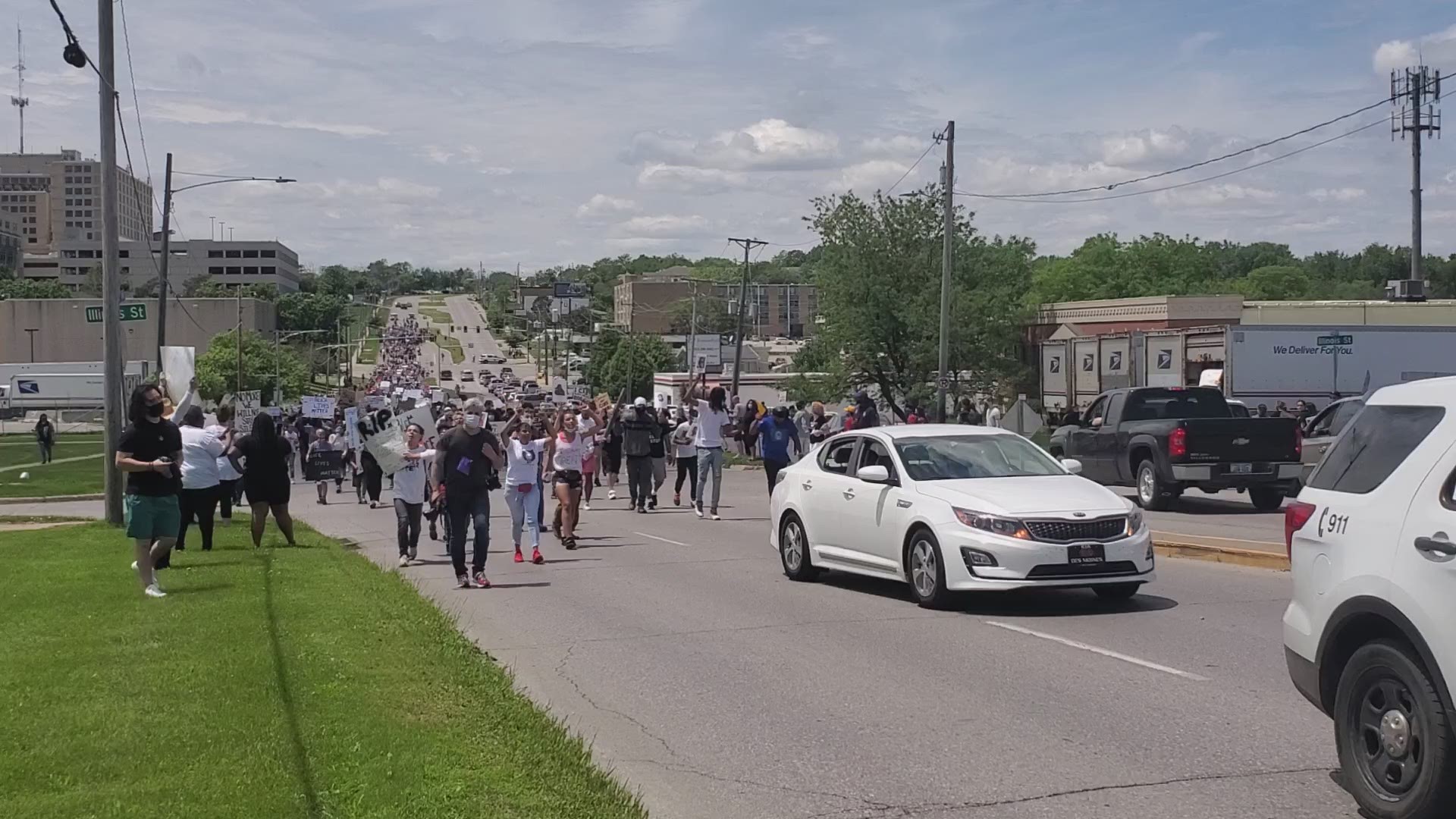 RELATED: 'Don't turn your back on racism': Nike ad shines light on race relations in America

RELATED: VERIFY: Fact-checking photos and claims from the Minneapolis protests