The decades-old tradition of "scooping the loop," which brings people with their loud and fast cars to downtown Des Moines, can be a nuisance for residents. 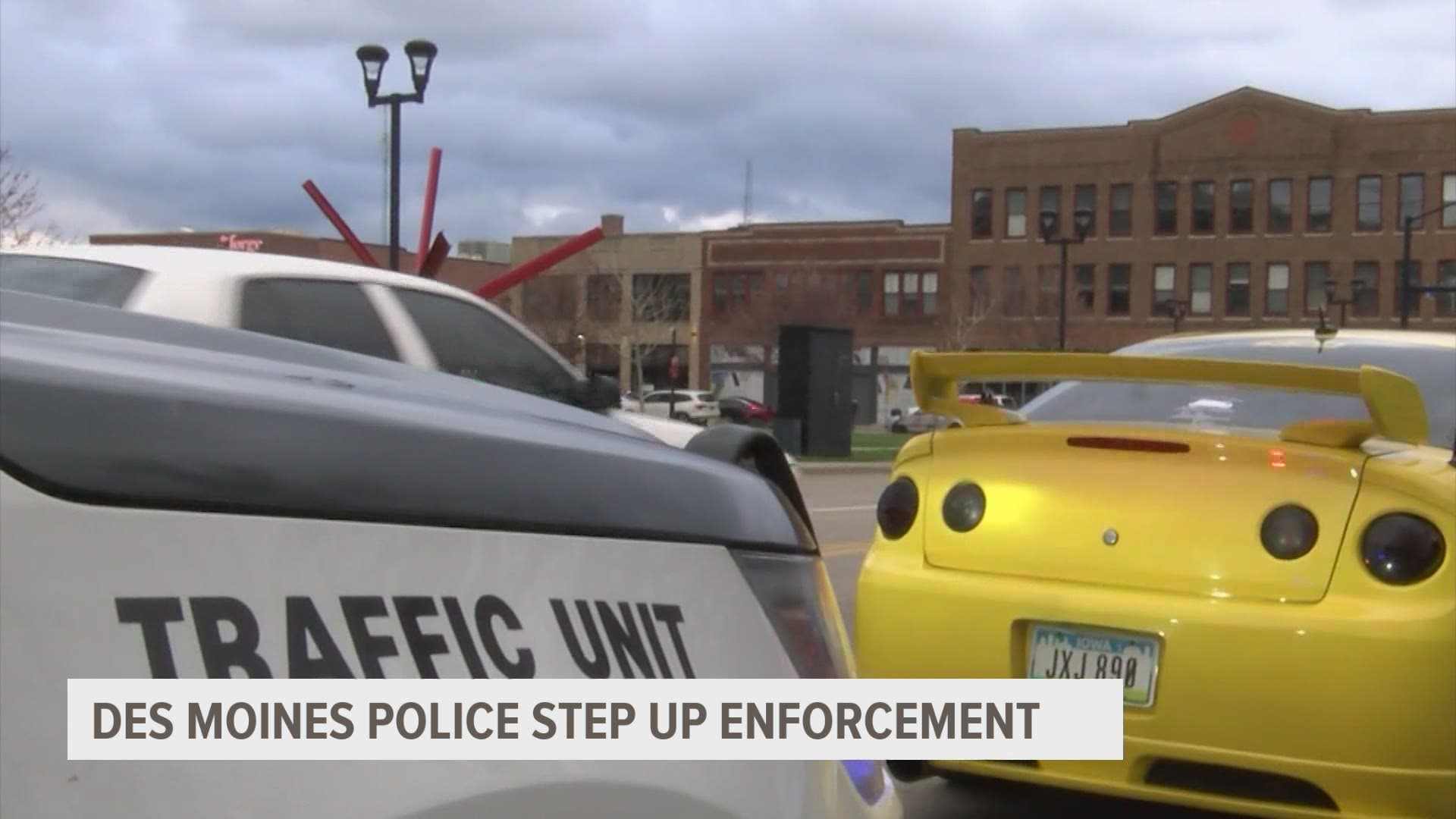 For some, a fun albeit dangerous pastime.

"Just people having fun doing what they love, and they love racing," said Julia Stuart, who says she's never "scooped the loop" but has been invited to participate.

But not everyone feels that love. For some, it can be an annoyance.

"Right about time to get off work, five, six o'clock, you hear the noise of the engines, especially echoes underneath the skywalk area. Just loud, kind of hard to hear, almost like ear piercing," said Meagan Calkins, who works downtown.

That's where Des Moines police come in, trying to curb not only disruptive behaviors, but dangerous ones such as speeding.

"That's when we start running into potential for there to be an accident or disaster, so we're always wanting to make sure that it's safe down here," Des Moines police Sgt. Paul Parizek said.

Police are revving up their enforcement by adding patrols, especially on weekends, and blocking off parking meters to discourage the crowds that gather to car-watch.

"Quite frankly, if you're going to draw that kind of attention to yourself down here, we're going to make it uncomfortable for you to be down here," Sgt. Parizek said.

City leaders are concerned that "scooping the loop" could have long-term consequences.

"There are people who are who've lived here for years, who at this point, some of them are talking about moving out of downtown, because it has such a major impact on their quality of life down here," said Josh Mandelbaum, Des Moines councilmember representing the downtown area.

And the solution could be in the city's master transportation plan.

"We've adopted what we call Connect Downtown [Des Moines], that converts our one way streets to two way streets, and enhances the street design," Mandelbaum said.

While those plans have been approved by the city, they are still awaiting funding.