DES MOINES — Hundreds of cars drove to North High School in Des Moines Saturday to get their cars serviced, free of charge.  Members of the Des Moines Poli... 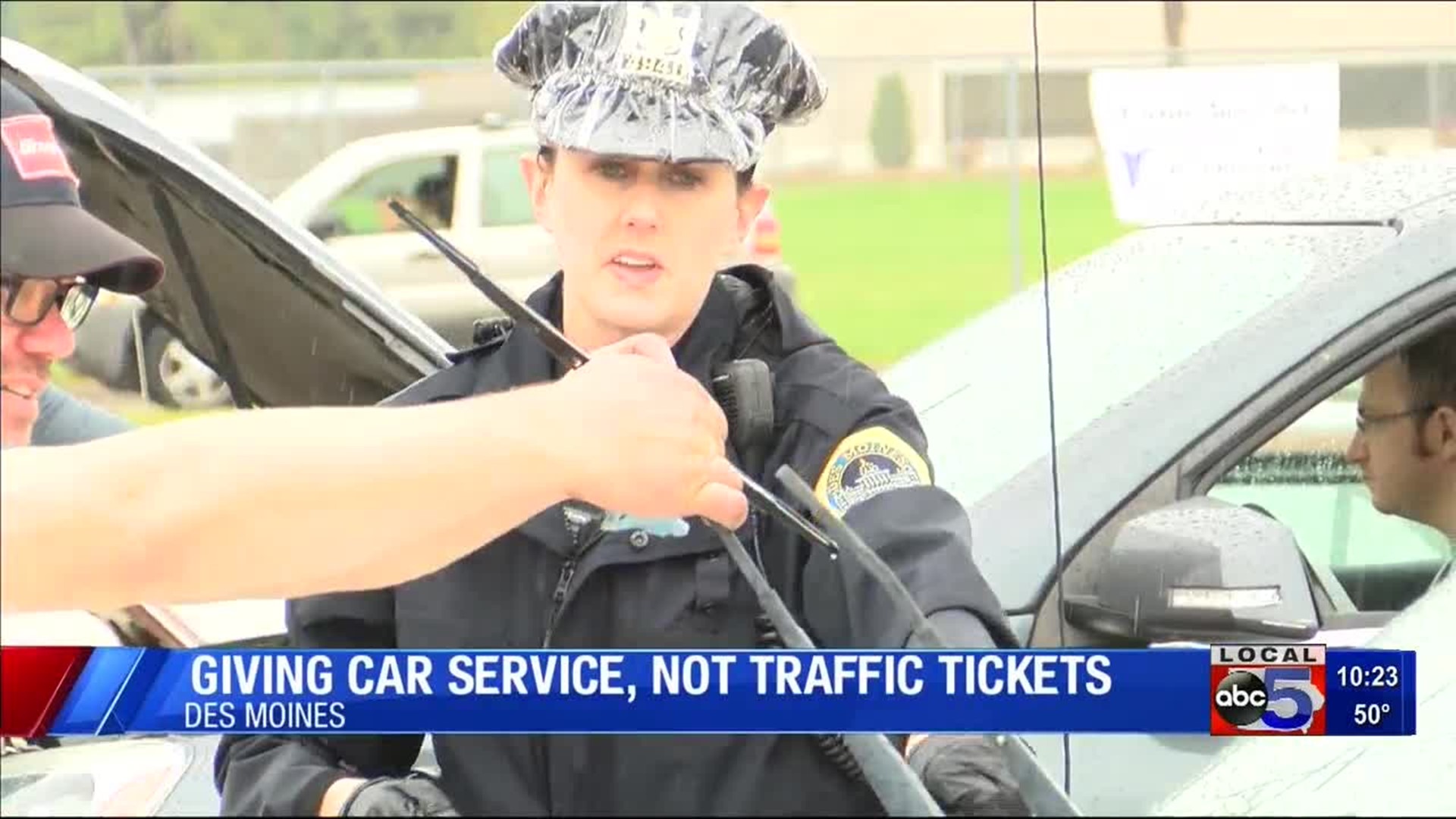 DES MOINES — Hundreds of cars drove to North High School in Des Moines Saturday to get their cars serviced, free of charge.

The weather was rainy, but that certainly didn’t damper the mood of those who came, like Stephanie Renfro, of Des Moines, whose mother told her about the event.

“I couldn’t believe all that was wrong with this car until i came here,” said Renfro.” “I’m horrible with cars, so just knowing that the professionals are here, it just really–I’m so thankful. There’s no other words to really say.”

The event was presented by Urban Dreams, an organization that aims to “break down barriers for underserved and underrepresented populations.”

“If cars aren’t safe in the winter, or cars don’t have headlights and tail lights and that stuff taken care of, police will be pulling them over; they’ll have negative interactions,” said Izaah Knox, Executive Director of Urban Dreams.

Knox said a big goal of the event was to foster positive interactions between law enforcement and the people they serve.

“What a better way, right? For police to actually be out here popping hoods, filling up washer fluid, and topping off oils…interacting with the community in a really positive way,” said Knox.

Rosemary Sheets of Des Moines stopped by to get her car seats checked.

“I usually have my grandchildren, transporting them wherever because their mom doesn’t have a car, and neither does their dad,” said Sheets.

She was also able to get several other services that she didn’t know she needed.

“I’m on disability, so I can’t afford the wipers and lights,” said Sheets. “So it really helped.”