DMPS students are home for the rest of the year. As a result, parents can expect some changes to come soon. 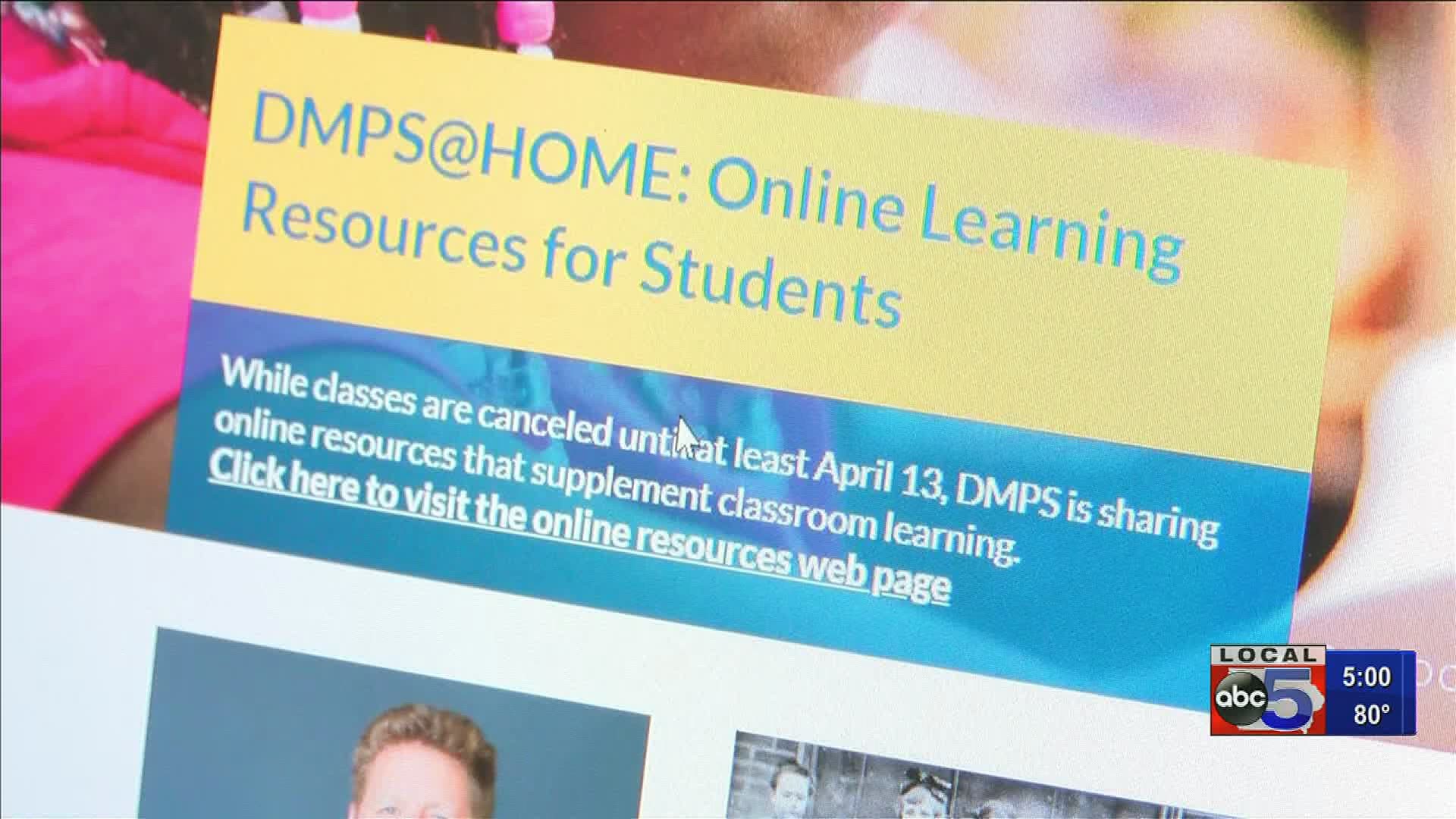 DES MOINES, Iowa — What started as a short-term closure is now in place for the rest of the school year, as the Des Moines Public School District will finish classes exclusively online.

Schools were initially ordered by Gov. Kim Reynolds to close until April 30.  But Communications Director Phil Roeder says DMPS had serious concerns about that, so students will learning remotely for the rest of the year.

But some students don't have internet access, which makes distance learning difficult.  Roeder says that's been a big focus for the district, and they have enough computers and hotspots to accommodate all of their students.  He says this will take a load off of parents who may have resorted to homeschooling during this pandemic.

"We don't expect parents to replace teachers during this time," Roeder said.  "We want to provide some tools to keep them engaged at home."

The district says they have team that meets every other day to discuss the next steps of staying at home and continuing education.  They're still trying to figure out how graduations will work, but they say they don't expect it to be the same as past years.