A release from the Des Moines Police Department said the victim was Ishmael Muhammad, 17, of Des Moines. 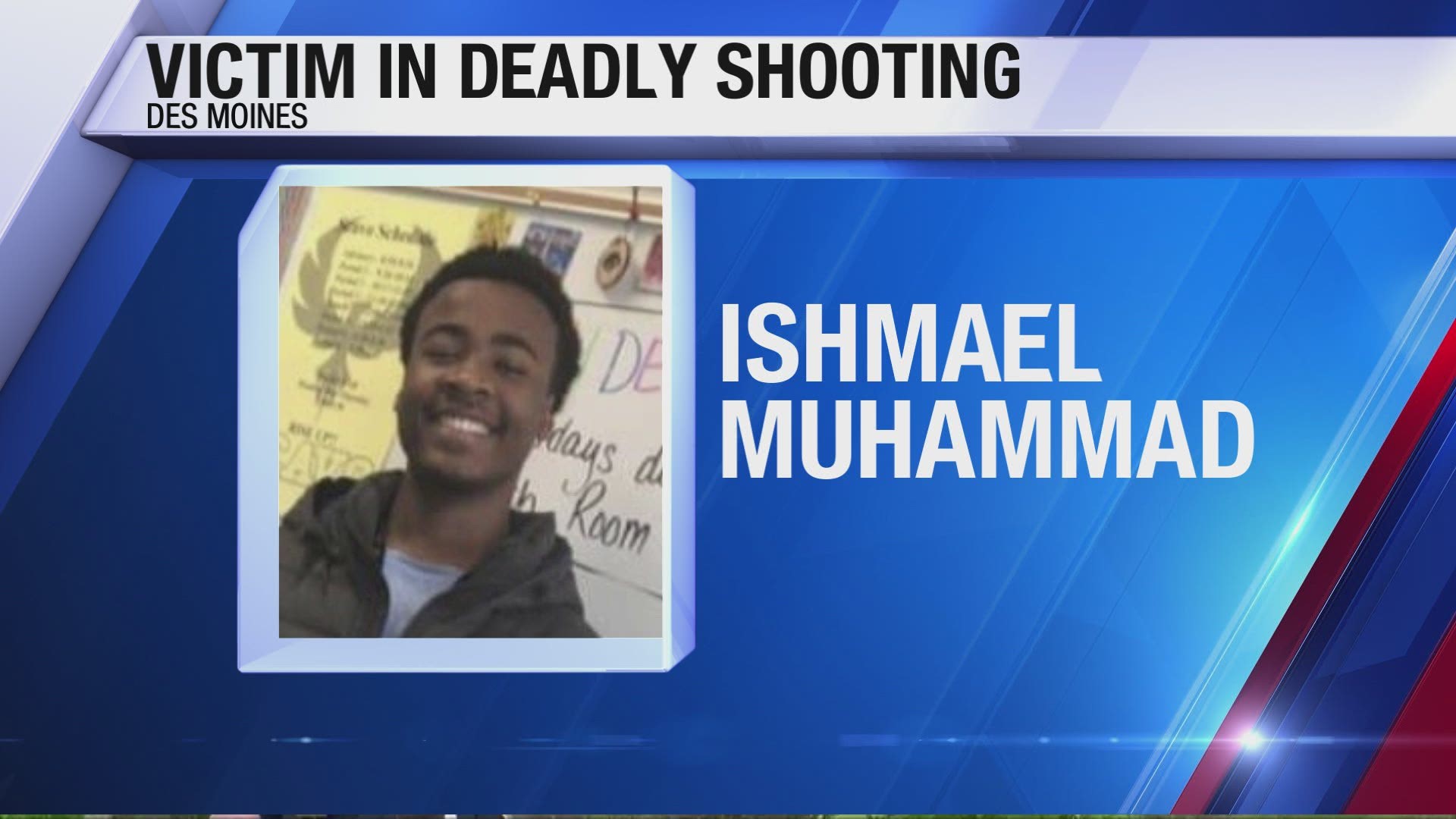 DES MOINES, Iowa — A teen is charged with involuntary manslaughter and another is dead after being shot in the neck Saturday afternoon.

Des Moines Fire Department and Police Departments responded to a call to the area of 1128 17th Street just before 3 p.m. Saturday.

Residents within the home at that address say the teen showed up at the house with a gunshot wound to the neck, according to Des Moines Police.

That teen has been identified as 17-year-old Des Moines resident Ishmael Muhammad.

Police say a 16-year-old Des Moines resident is charged with involuntary manslaughter, carrying weapons and interference with official acts relating to the case.

Evidence indicates a small group of teens were together in the residence when an illegally possessed handgun was accidentally fired, striking Muhammad.

Police are still investigating exactly what happened that afternoon.