About 100 supporters could be seen circling the Iowa State Capitol building with very few wearing masks. 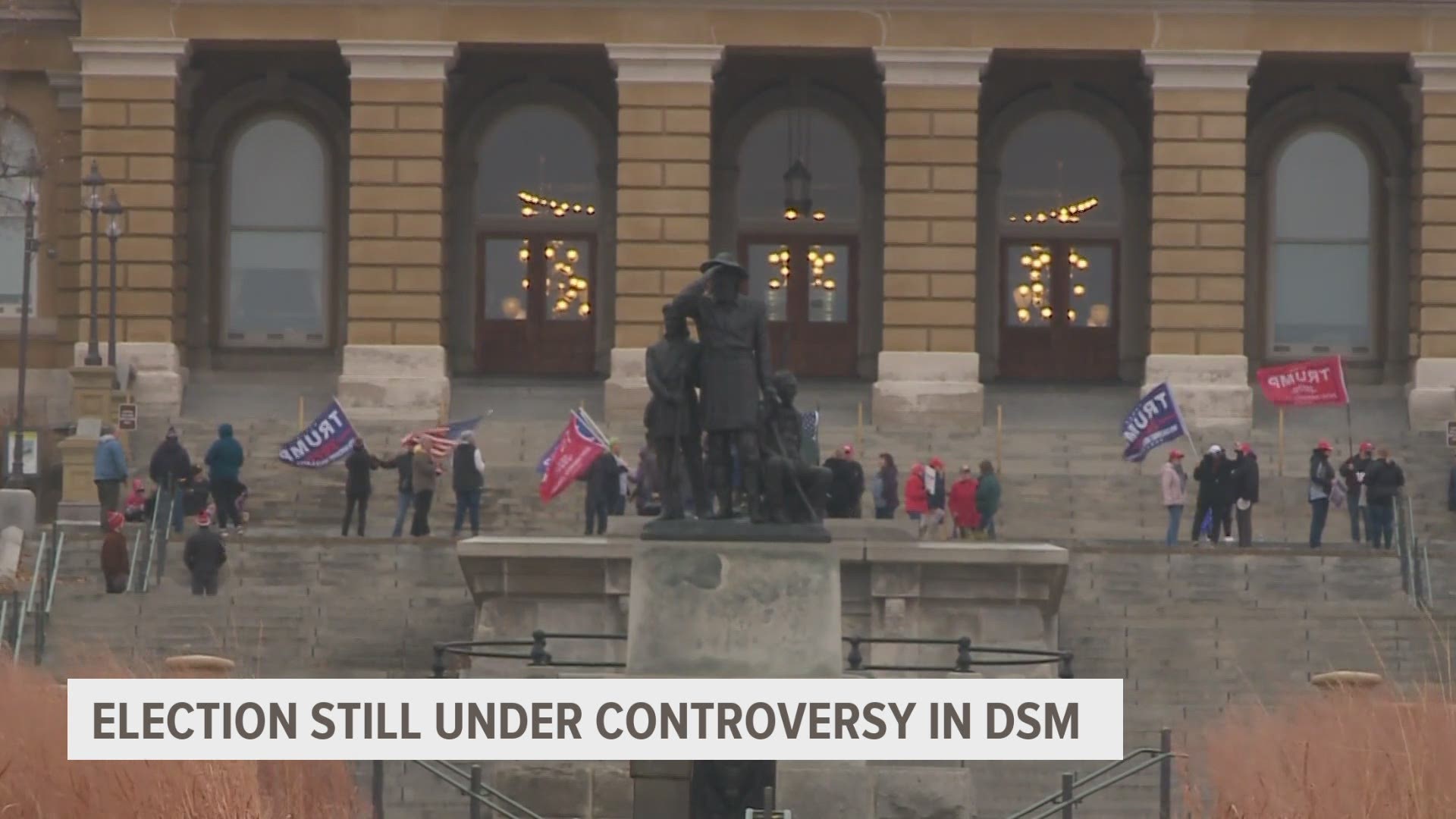 Over 100 Iowans gathered at the Iowa State Capitol building beginning around noon Saturday to join in the Million MAGA March.

Many carried flags and signs as they marched around the Capitol to voice their support for President Donald Trump and call for a fair election.

Dirk Wasson, a resident of Kimballton, explained that he came to the rally to support President Trump because, "He has only had four years and that Biden has had 47 and Biden has backed some pretty rank stuff,"

"And so I am just so thankful that we got Trump in there, that's gonna enlighten us a little bit."

Wasson also said that he did not feel like his vote counted this election citing the use of Sharpies at his polling location. So he decided to come out to make his voice heard and let local Iowans know he supports President Trump.

As attendees circled the Capitol, some chanted "Stop the Steal," and others carrying religious artifacts prayed Hail Marys.

There were many Trump flags, American flags and some "Don't Tread on Me" flags held up. They also took up occasional chants of, "The media's the problem."

As it grew close to 1 p.m., cars joined the rally driving around the Capital with flags honking their support for President Trump. This Million MAGA March was in connection to similar marches that were held across the country.