DES MOINES – In a 160-page report released on Monday by the State Ombudsman’s office regarding the investigation into the death of 16-year-old West ... 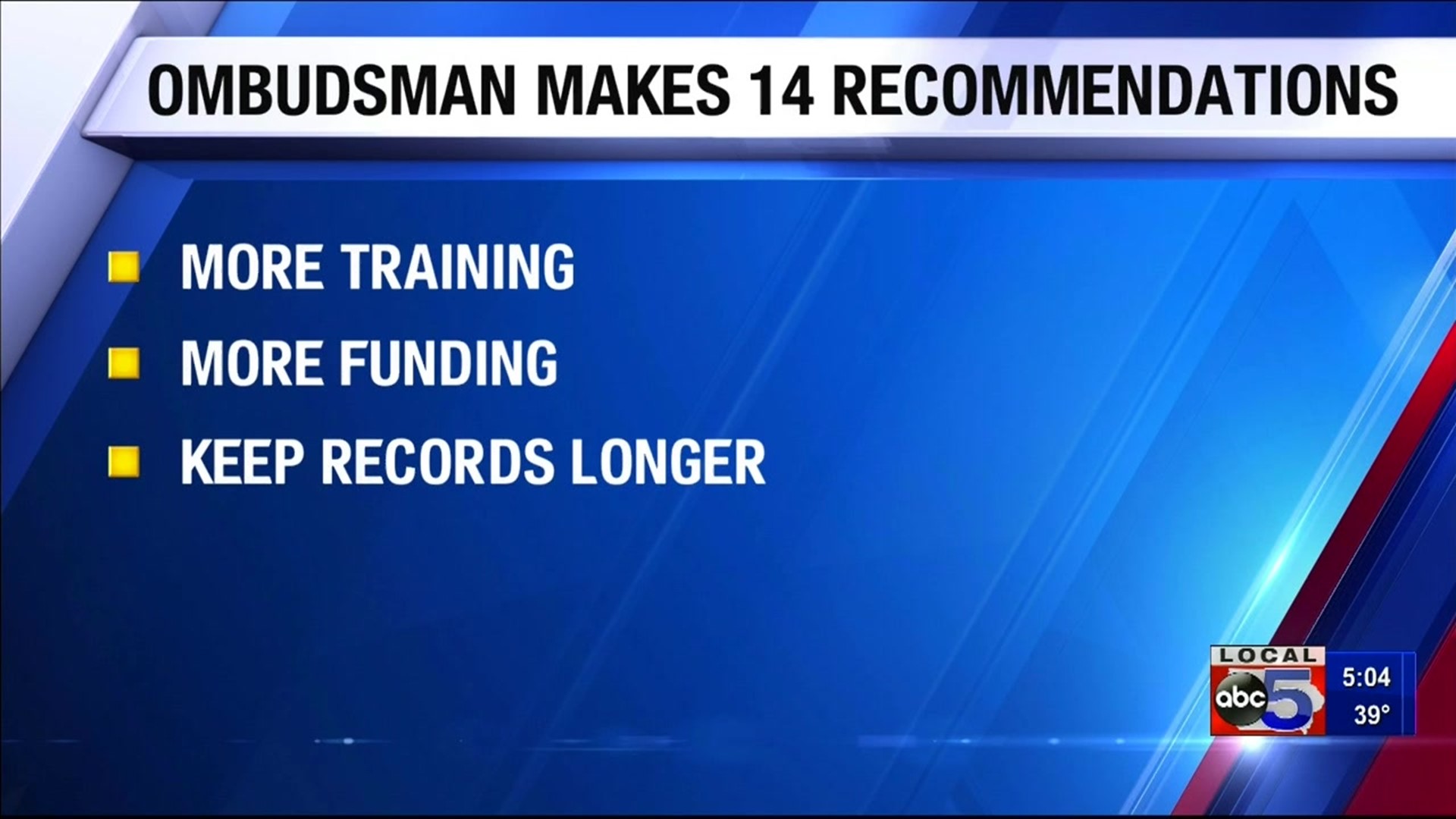 DES MOINES – In a 160-page report released on Monday by the State Ombudsman’s office regarding the investigation into the death of 16-year-old West Des Moines resident Natalie Finn, the ombudsman wrote that another death like Finn’s “could happen unless Iowa’s child-protection workers are given the resources and the support they need.”

The report details Ombudsman Kristie Hirschman’s office’s investigation into how the Department of Human Services handled child-abuse reports about Natalie Finn and her siblings. Finn was found starving inside her home in October 2016. She died a few hours later at a local hospital. Finn’s adoptive mother, Nicole Finn, was sentenced to life in prison after her first-degree murder trial in 2018. Finn’s adoptive father pleaded guilty to assault and injury to Natalie Finn and her two siblings.

The Ombudsman found that 14 child abuse reports had been made to DHS on behalf of the Finn children. The first three were made between 2005 and 2009. DHS’s records for those three reports were scant or non-existent, due to the agency’s policies for maintaining child-abuse records. The lack of any meaningful records prevented the Ombudsman from reaching conclusions on the appropriateness of DHS’s responses to those three abuse reports. Hirschman’s report criticizes those record-retention policies, stating that they hinder DHS workers’ ability to identify patterns of abuse.

The common concern among the five people who made child-abuse reports from November 2015 to May 2016 was that Natalie Finn was not getting enough food at home, according to Hirschman. But no pattern was noticed until the fifth report, when a DHS worker took a step others did not and reviewed the four prior abuse reports about the Finn family. DHS intake workers are trained to check relevant histories for all abuse reports.

“According to the Ombudsman’s report, child-abuse call volumes and accepted intakes have increased significantly since Natalie’s death. This has resulted in a 36 percent increase to field workers’ average caseloads from 2016 to 2018. Fortunately, additional funding for field staff was approved in 2019.”

The Ombudsman found that the increased call volume is also straining DHS’s centralized child abuse intake unit, where the number of intake workers has not increased since 2011.
“Although DHS received funding for the current fiscal year to hire additional field staff, I believe employees remain overworked, especially those in the intake unit,” Hirschman said in the report. “I am seriously concerned that the recent budget increase is insufficient, especially in light of the increasing numbers of abuse reports and investigations since Natalie’s death.”

Hirschman made 14 recommendations to DHS. Included are recommendations that the agency:
• Conduct a systemic review of the agency’s child abuse intake unit operations in light of the Ombudsman’s findings.
• Modify its administrative rules to increase the retention period for child abuse intakes and assessments.
• Develop a policy for all intakes received by phone requiring intake workers to read their written narrative of the reporter’s statements back to the caller before the conclusion of the call.
• Provide training and written guidance on legal tools available to field workers when faced with resistance from parents.
• Provide training and resources for intake and field staff impacted by secondary trauma, decision fatigue, and other job-related stress.
Hirschman also asks the Iowa Legislature to re-evaluate its expectations for the Child Fatality Review Committee and other oversight bodies responsible for reviewing child deaths. The Ombudsman found that the Committee has never convened since it was established in 2000 following the death of 2-year-old Shelby Duis.

The Ombudsman’s full report can be viewed here.