The recent investigation into the state-run facility found evidence of human experimentation, but the 2002 investigation also found unconstitutional conditions. 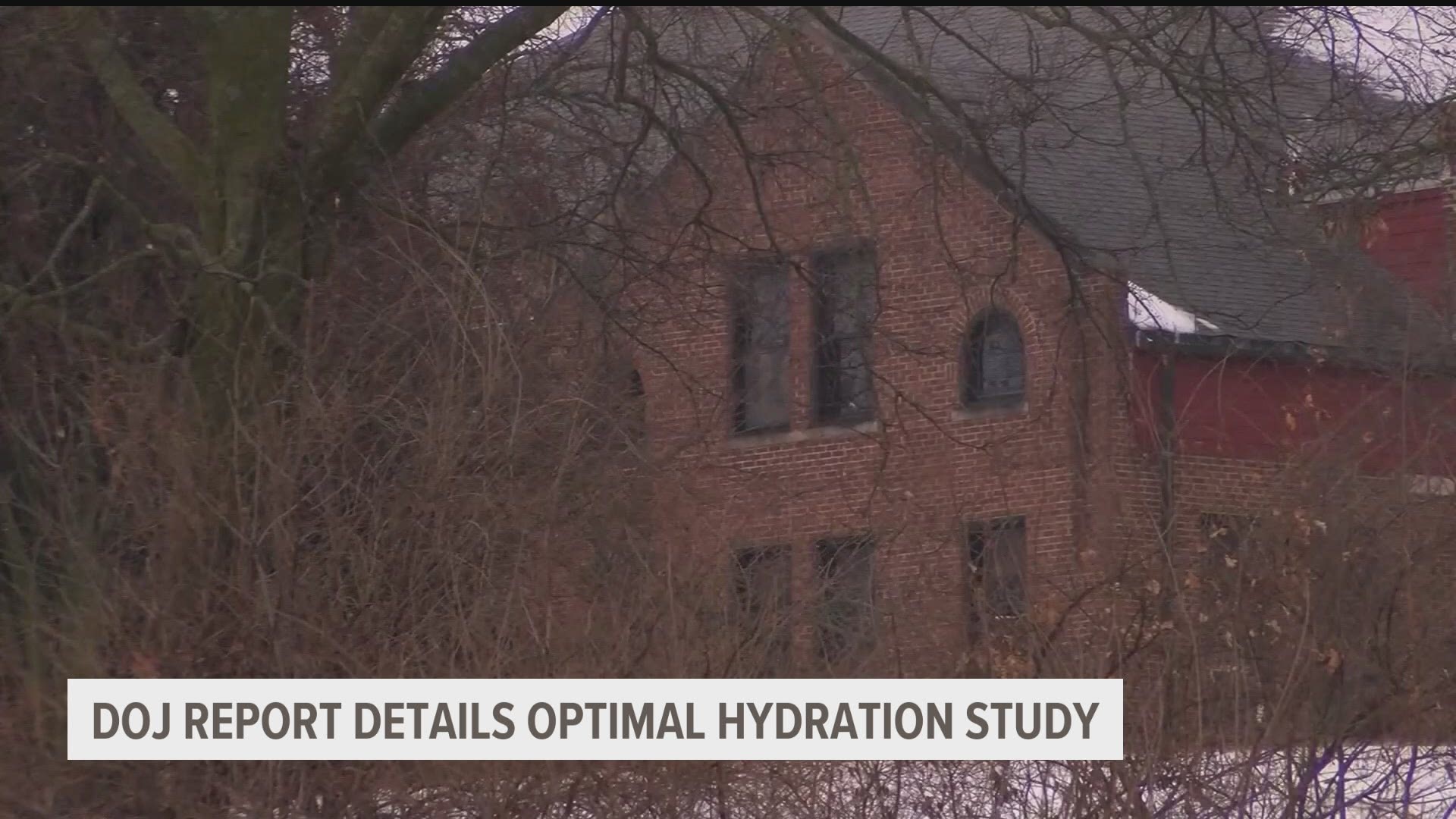 Now, Local 5 is digging through the report to see what else investigators uncovered.

Throughout the report, the DOJ details the history of their own investigations into the facility and feel they proved Iowa has a pattern of endangering residents and violating their rights.

"We have reasonable cause to believe that the State has engaged in a pattern or practice of resistance to rights protected by the Fourteenth Amendment because it subjects residents of Glenwood to unreasonable harm and risk of harm by exposing residents to uncontrolled and unsupervised experimentation, inadequate physical and behavioral healthcare, and inadequate protections from harm," the DOJ report states.

One experiment conducted on residents without consent involved overhydrating them.

The DOJ report says the facility was testing a hypothesis, which was that increasing fluids would decrease a person's risk of pneumonia.

"Overhydration is not an established treatment to reduce or prevent pneumonia, and as DHS leadership subsequently acknowledged to DOJ, overhydration was 'certainly unconventional,'" the report states.

The DOJ describes this as an "Optimal Hydration" study.

Glenwood experimented on two groups of people, some of whom didn't even suffer from recent bouts of pneumonia.

According to the report, eight out of the nine residents in Group One were tube-fed, so they couldn't resist the extra fluids.

On average, fluid intake rose by 25% for those involved in the study.

The DOJ reports the highest increase was 58%.

"Contrary to the recommendation of Glenwood's registered dieticians, Glenwood's medical providers ordered that individuals in Group 1, and subsequently a second group ("Group 2"), receive substantial, uniform increases in fluids that did not reflect consideration for each individual's particular needs," the DOJ report states.

The DOJ report gives specific examples of side effects residents experienced from overhydration.

One woman was hospitalized several times in 2019 and showed signs of heart failure.

According to the report, a primary treatment for heart failure is to reduce liquids.

Instead of doing this, Glenwood's former medical director continued increasing her fluids.

She was getting 143% of her recommended daily fluid needs.

There are numerous other accounts just like this in the report.

The DOJ says medical professionals prescribed medication to treat a problem without diagnosing or addressing the source of that problem.

DHS was called in for questioning about the death rates at Glenwood.

"DHS leadership at the time of the study did not reveal to State legislators the harms and risk of harm described above. Instead, in a letter to some State legislators responding to questions about Glenwood’s unusually high death rate, DHS asserted that these experiments were having a positive impact: From April 2018 to February 2019, DHS told legislators, '[t]he overall percentage of individuals contracting pneumonia due to any cause decreased to 44% (4 out of 9 individuals),'" the DOJ report states.

"DHS also represented that the rate of 'mucus induced pneumonia dropped to zero.' This letter was materially misleading," the report states.

Local 5's Rachel Droze asked lawmakers if they plan to reopen their investigations into Glenwood.

"As a legislature, our job is oversight and to continue to make sure that government is working appropriately and efficiently, and has the resources necessary," Sen. Jack Whitver, R-Ankeny, said.

"I can't make the determination what reopening something may look like, but I can tell you, we are very mindful of this as an issue and we continue to be in very close contact with the Department to make sure we understand not only what happened but also what mitigation steps are being taken moving forward," House Speaker Pat Grassley said.

House Democrats, however, feel the investigation definitely needs to be reopened.

"Iowans deserve to know how their taxpayer dollars are being spent and when they're being misspent or misused in this way, as they were at Glenwood," Rep. Jennifer Konfrst, D-Windsor Heights, said. "Absolutely, we need to continue this conversation, continue looking into the situation, reopen the case."