Trump campaign out in full force on caucus night

Monday is caucus day, so it’s all hands on deck for most presidential campaigns, including the incumbent’s. 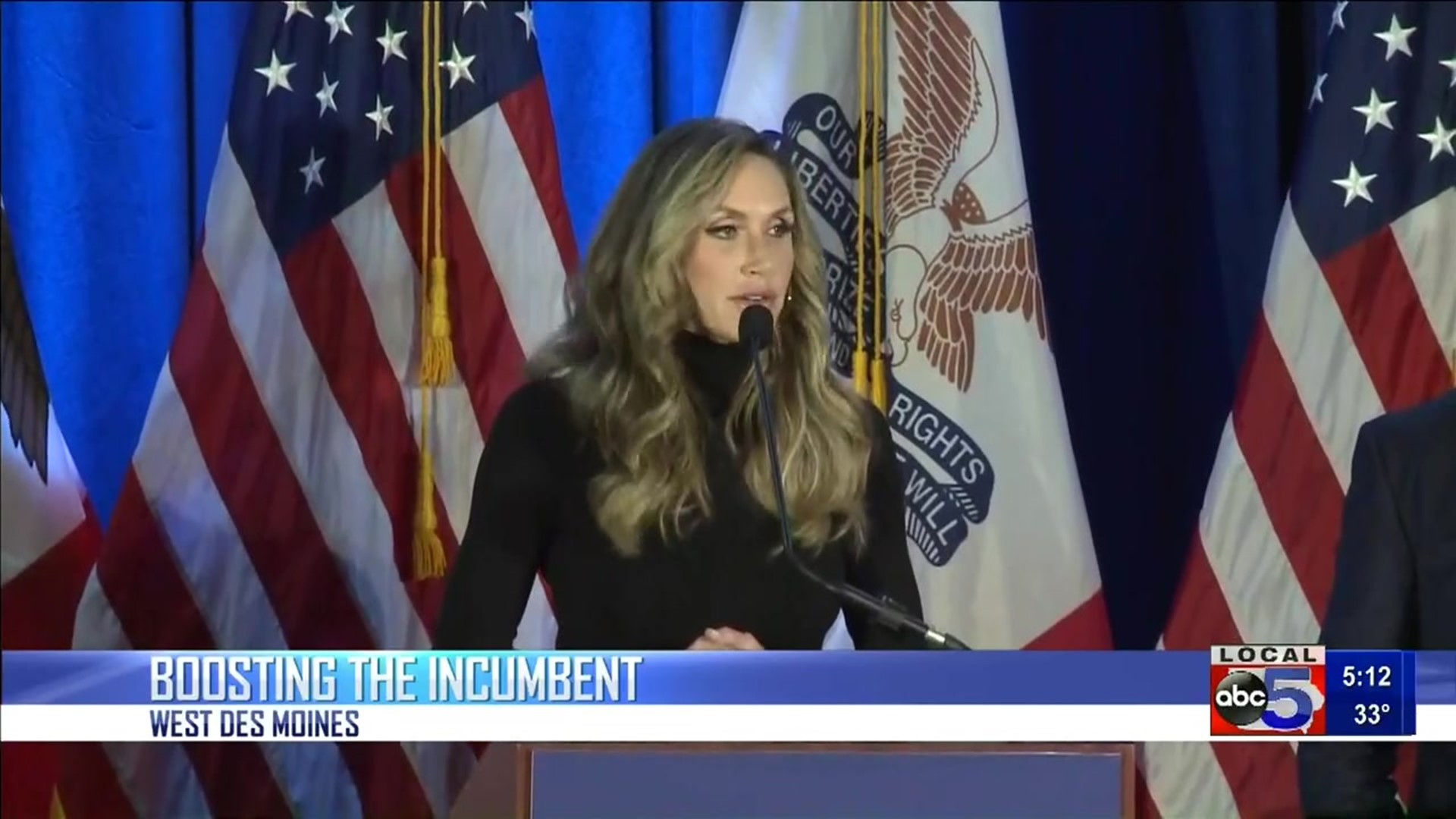 Monday is caucus day, so it’s all hands on deck for most presidential campaigns, including the incumbent’s.

While the president himself is not in Iowa, Donald Trump Jr., Eric and Lara Trump, as well as Trump 2020 Campaign Manager Brad Parscale and other high-level surrogates are speaking on his behalf, both at the Sheraton and at various caucus locations later Monday night.

“The truth is, this is our first test of a grassroots army we built,” Parscale said.

“This is going to be the largest grassroots army the Republican Party’s ever seen, or hopefully ever this country’s ever seen,” he continued. 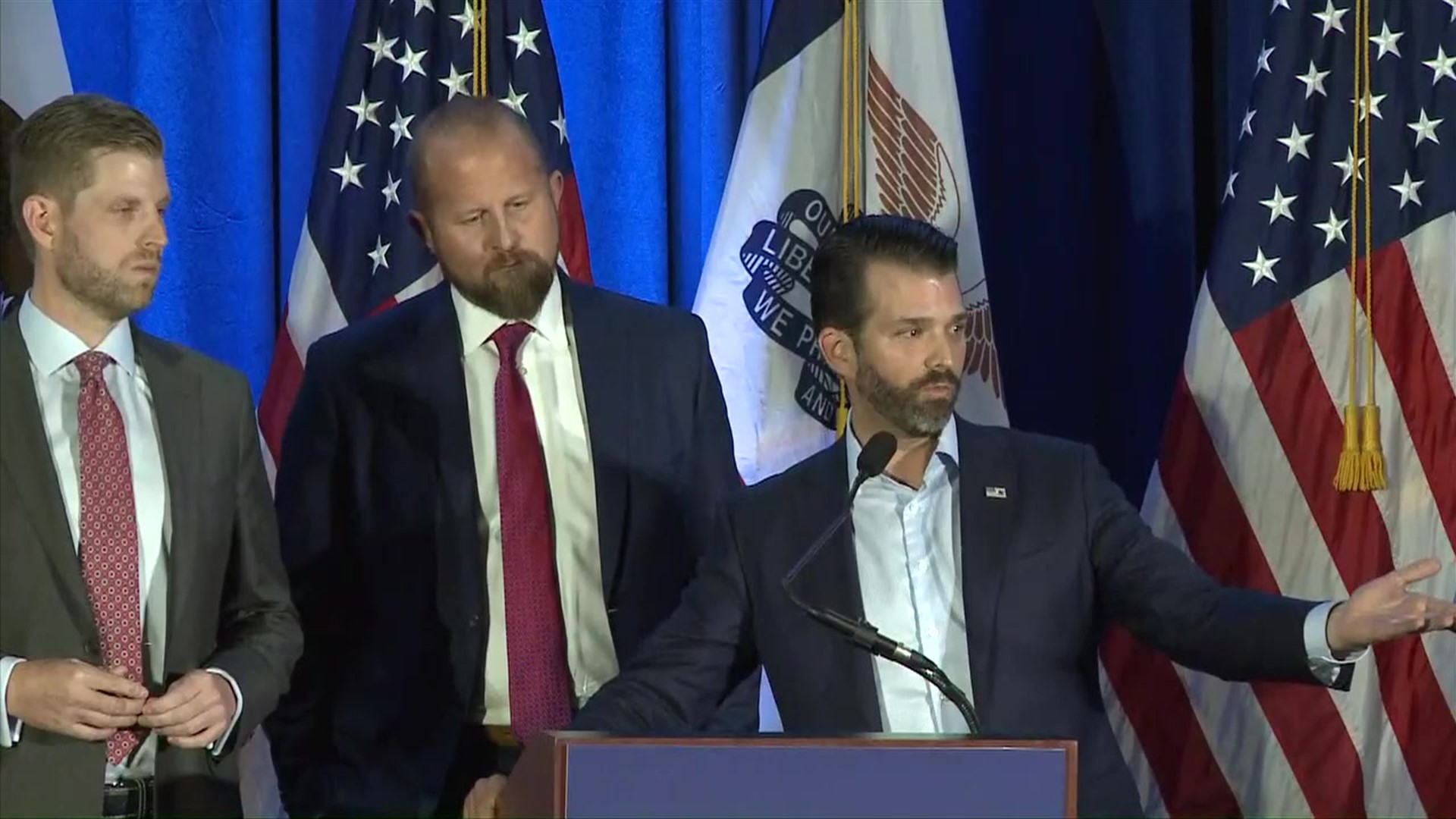 Lara Trump added, “In many respects, we are in a very different place than we were in 2016.”

“But what is not different,” she continued, “is that we don’t take a single vote for granted.”

RELATED: 5 things you may not know about the Iowa caucuses

RELATED: How predictive are the Iowa caucuses?

Next to speak was Kimberly Guilfoyle, a former co-host on Fox News.

“…everything is on the line, as we know now because the liberals, the Democrats, the socialist, the communists, that’s the other side, right?”

“That’s the juxtaposition,” she said. “They have lost their minds. But we have not lost our way and with the help of God, we will get this done.”

Eric Trump reminded Iowa of his father’s victory in 2016.

“My father won the state by the biggest margin since anybody since Ronald Reagan. So about 10 points, and we’re going to beat them again,” Trump said. “We had no advantage back then. We didn’t know what we were doing. We were a family that had never run for anything,”

Eric Trump also noted the amount of money raised for the Trump campaign, totaling up to $200 million.

Donald Trump Jr. walked up to the podium next, but was interrupted by a protester.

“Ever since your father was elected, more and more Jews are being gunned down,” the protestor said.

Donald Trump Jr., with almost no hesitation, said that his father has done more for Israel and American Jews than anyone.

The crowd of supporters responded with “USA” chants.

“So, this is why I wrote the book ‘Triggered,’ folks” he said, “Who here has read New York Times number one best seller triggered?”

Don Jr. has mentioned his book multiple times now at this campaign press conference in Iowa

Next, he targeted the media.

Parscale wrapped up the conference simply: “They love this country and they’re willing to fight for it. And today is the first step and that fight.”

The ballots are then counted up, and whichever candidate has the most representation wins the precinct.